Olympia Valance has revealed she is the victim of an ongoing cyber crime attack.

The Australian actress’ phone was hacked more than a year ago, and her private photos were then stolen and published online without her consent.

In Australia, the act is a punishable criminal offence.

‘As a victim of this, I have had to fight to try and contain these images from reaching the broader public,’ Olympia said, who has been working closely with lawyers, her management team, the police and ‘the angels at Image Cyber Crime’.

Despite her team’s best efforts, Olympia claims her last resort was to speak up, reclaim her control and use her voice to encourage positive change and discourse. 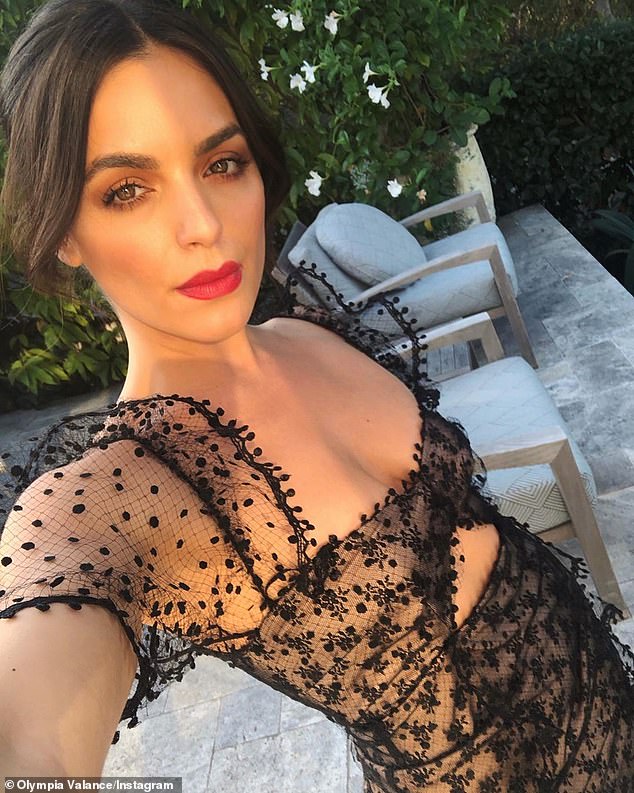 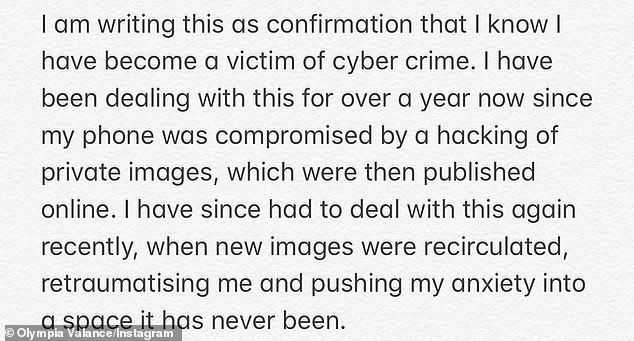 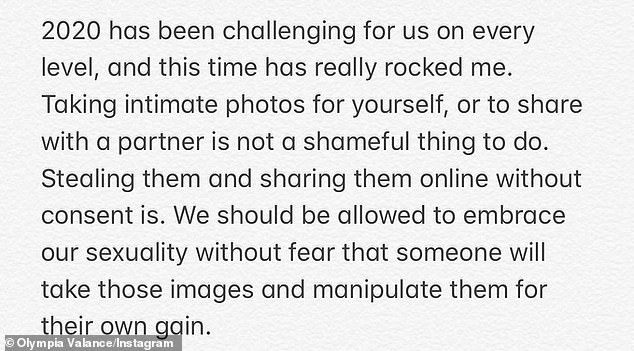 ‘I have been dealing with this for over a year now’: The Australian actress’ phone was compromised more than a year ago by a hacking of private images, which were then published online without her consent

‘Taking intimate photos for yourself, or to share with a partner, is not a shameful thing to do. Stealing them and sharing them online without consent is!’

‘We should be allowed to embrace our sexuality without fear that someone will take those images and manipulate them for their own gain,’ she said, personally shaming anyone who had actively searched for, or shared, her stolen images.

‘I am not ashamed. I am not embarrassed. I will not apologise. I have done nothing wrong,’ the Playing For Keeps actress continued in her powerful statement. ‘Taking intimate photos for yourself, or to share with a partner, is not a shameful thing to do’: Olympia said victims should not be blamed for the privacy invasion, and instead perpetrators of these vile acts should feel ashamed for their actions 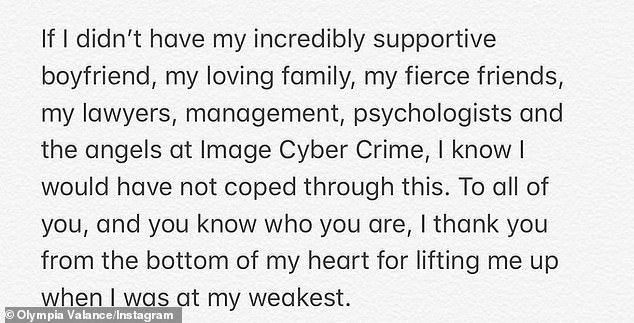 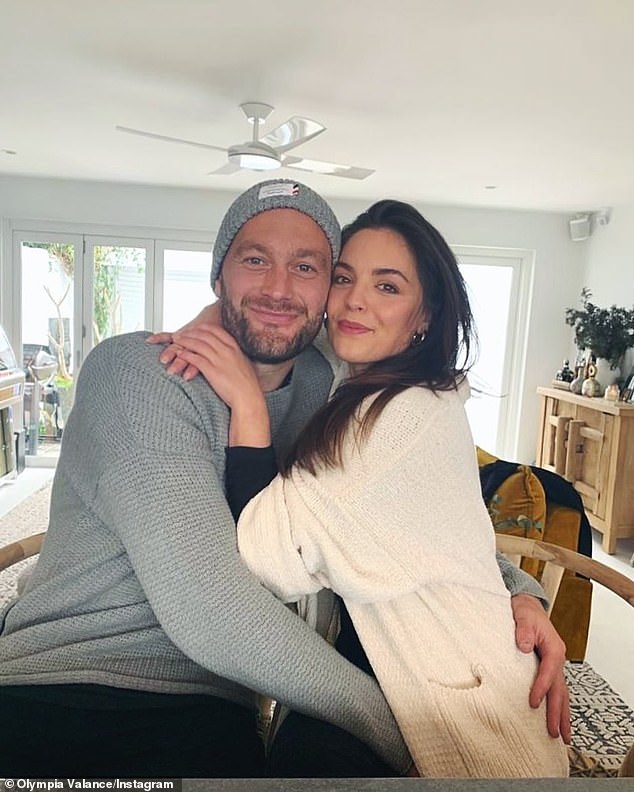 Leaning on her support network: Olympia said she had seen psychologists and relied on family, friends, and her partner Tom Bellchambers (left) when she at ‘the depths of sadness’ 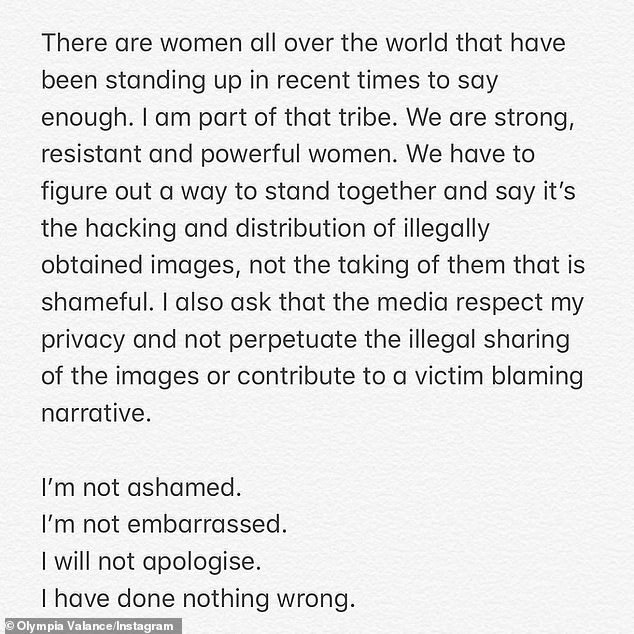 ‘We have to stand together’: The Playing For Keeps star chose to break her silence on the profound violation she’s been subjected to in order to ‘take some control back’ in her life and prove she is a ‘strong, resistant and powerful woman’

Olympia went on to say the traumatising experience, despite seeing psychologists, had spiked her anxiety and taken her to ‘the depths of sadness’.

‘I am a public figure, but I am also a human being. I hurt and I certainly feel pain. Like many other women who are also victims of this heartless and intrusive crime, I have to come to terms with these pictures being circulated beyond my control,’ she said.

If you or your business are a victim of a cybercrime, please report it in the first instance to the Australian Cyber Security Centre