Actress Salma Hayek has joined efforts to try and find a U.S. Army soldier who went missing while on a military base in Texas in April.

Private First Class Vanessa Guillen, 20, was last spotted in the parking lot at Fort Hood where she is stationed.

It is almost two months since Guillen has been spotted. Her ‘car keys, barracks room key, identification card and wallet’ were found in the armory room where she had been working on the day she vanished.

Mexican-American film actress Salma Hayek has pledged to post pictures of missing soldier Private First Class Vanessa Guillen, 20, on her Instagram page until she is found 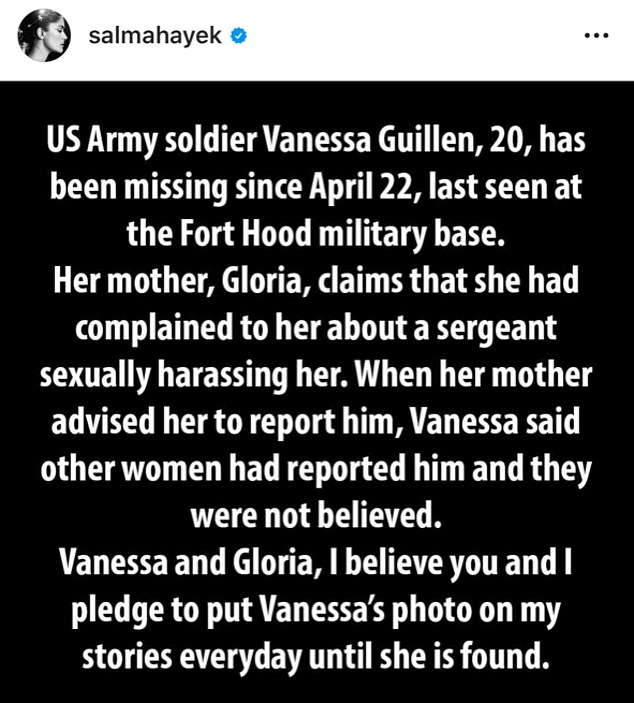 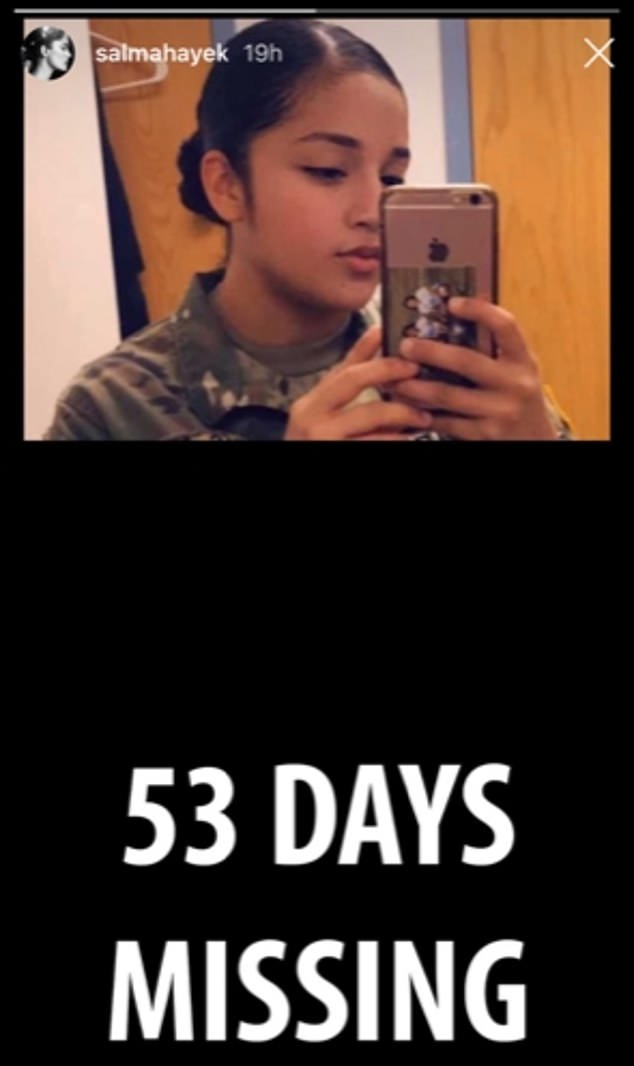 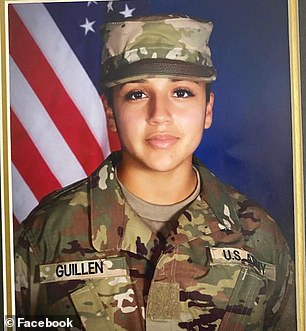 Hayek, 53, has now decided to help in the search for Guillen by posting messages on her Instagram page which has 15 million followers.

Hayek says she intends to post something daily until the soldier is found.

‘Bring back Vanessa… We won’t stop until you come back,’ she wrote earlier in the week.

Hayek is pledging to ‘put Vanessa’s photo on my stories everyday until she is found.’

She also revealed details as to what may have led to the soldiers disappearance.

‘[Vanessa’s mother] Gloria, claims that she had complained to her about a sergeant sexually harassing her. When her mother advised her to report him, Vanessa said other women had reported him and they were not believed.

‘Vanessa and Gloria, I believe you,’ the actress declared.

So far, her family have held three rallies outside the Fort Hood Army base in order to generate some attention on the case and Hayeks input will also serve to boost the profile.

Guillen, who is Hispanic, had been wearing a black T-shirt when she went missing.

She is described as 5ft 2in tall, weighing 126lbs with black hair and brown eyes. 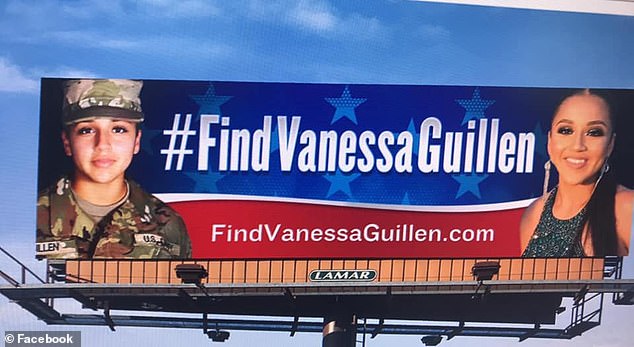 At first around 500 Army personnel searched the base for her. Billboard were erected nearby

Politicians are also getting involved in the search for her.

‘It’s been nearly 50 days since #VanessaGuillen has been seen. My team is committed to the movement to #FindVanessa,’ wrote State Sen. Carol Alvarado, D-Texas, on a Facebook post.

Rep. Sylvia García, D-Texas, tweeted that her ‘office is working directly with the family to #FindVanessa.’ 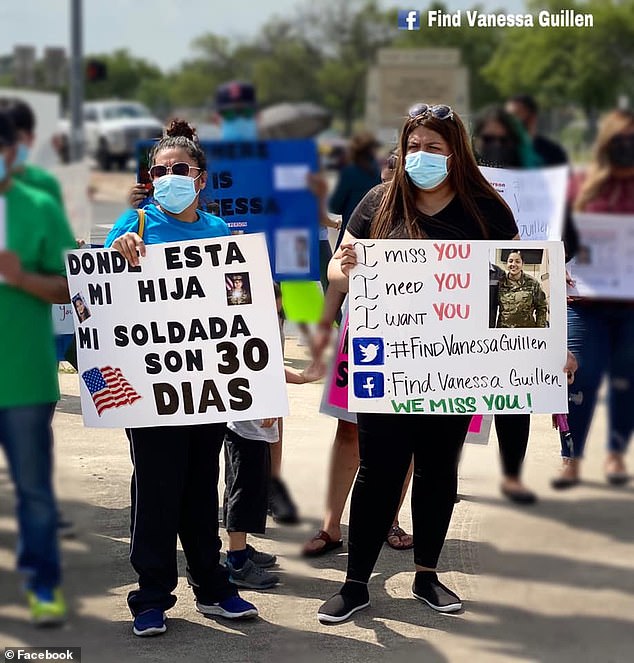 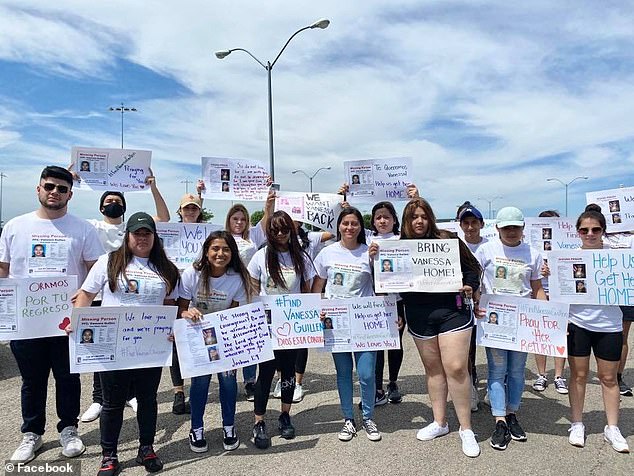 Communities across Texas, including Houston, have been rallying to show support for the family 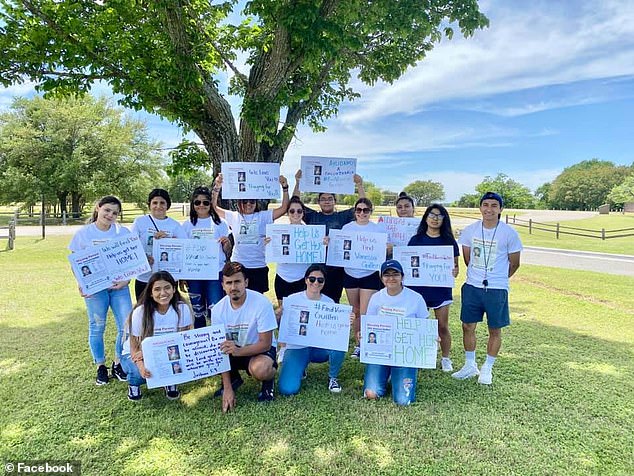 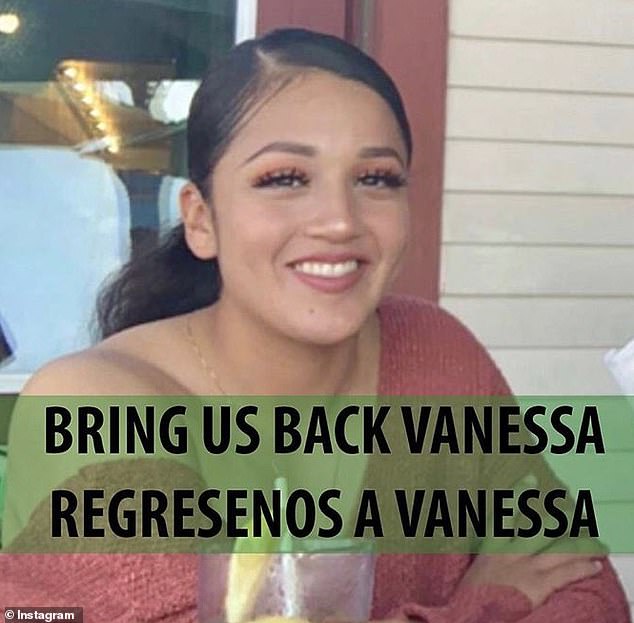 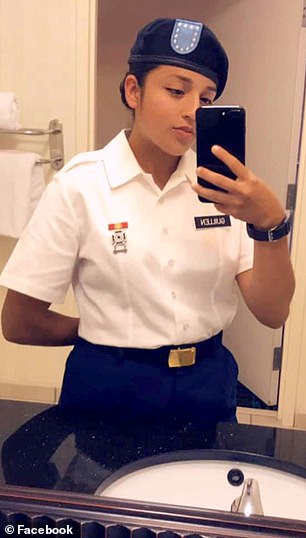 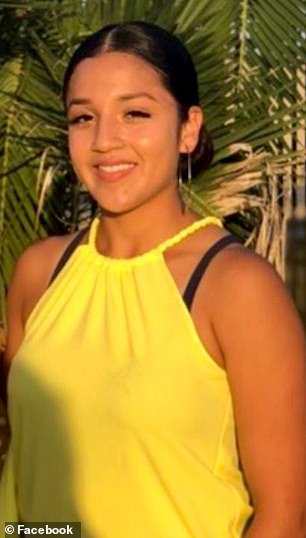 Hayek noted that Guillen’s mother claimed she had complained to her about a sergeant sexually harassing her but when other women had reported the abuse, they were not believed

The U.S. Army Criminal Investigation Command told the family that they launched an ‘extensive’ search in April.

‘The search continues both on and off Fort Hood by multiple military and civilian law enforcement agencies,’ a statement by military officials notes.

But the family are still unhappy at how things have been progressing and the information they are receiving.

‘This happened inside a federal building and we’re still not getting answers,’ said Mayra Guillen, Vanessa’s older sister, at a press conference on Wednesday.

Initially, 500 soldiers helped to search the base on foot looking through training areas, barracks and outdoor areas right across the facility.

The searches are still taking place but with far smaller groups now, according to the Army.

Guillen’s family say that are not completely convinced that searches are really still taking place and would like an outside agency such as the FBI to take over the investigation. 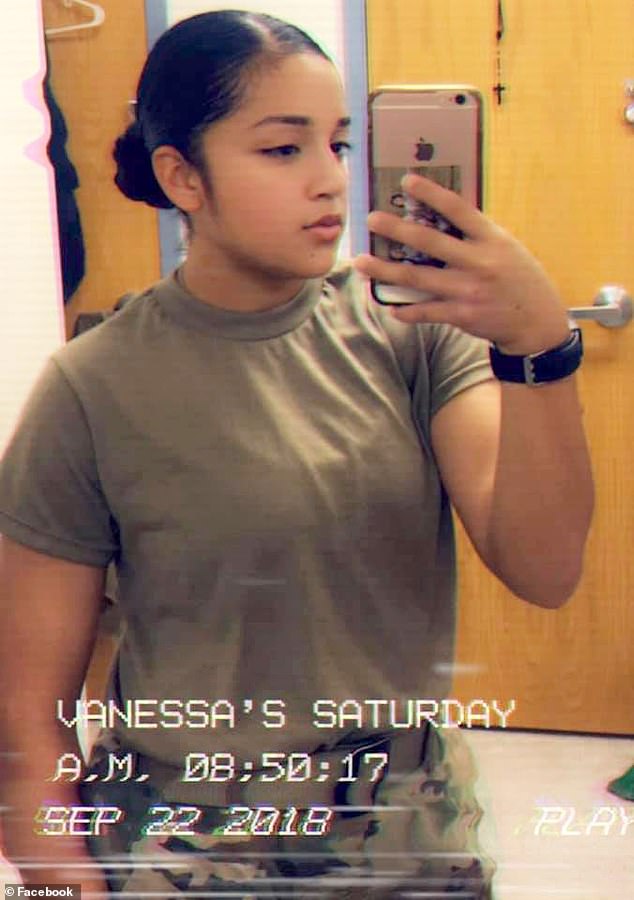 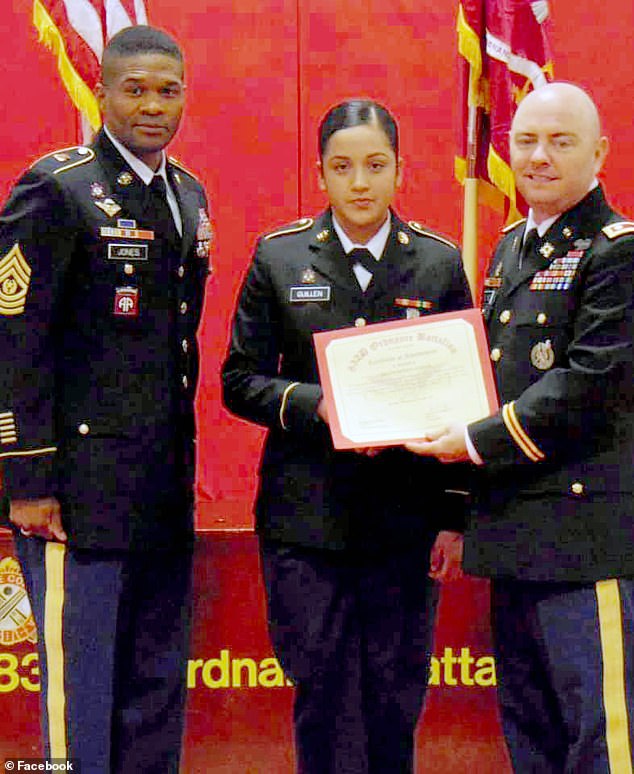 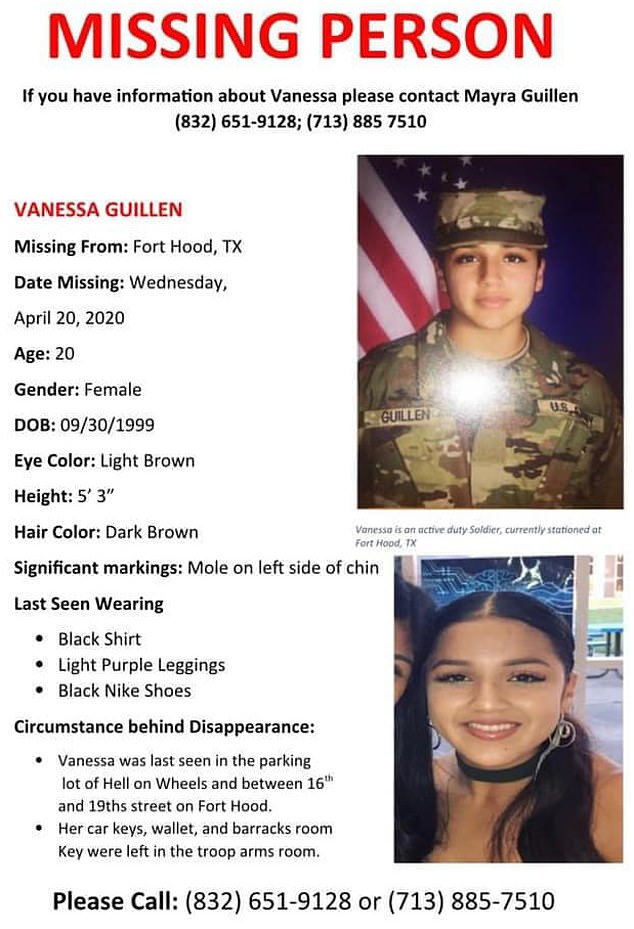