Pi and The Sixth Sense actress Samia Shoaib has claimed Allison Mack tried to lure her into the twisted Nxivm sex slave cult and once told her, ‘You’re delicious’.

The Smallville star was arrested on Friday on charges of sex trafficking for recruiting women to the purported self-help group in which they were forced to have sex with its leader, prosecutors said.

Shoaib first met the 35-year-old at an NBC pilot in New York in 2013, and said that afterwards she bombarded her with emails pleading that they see each other again. 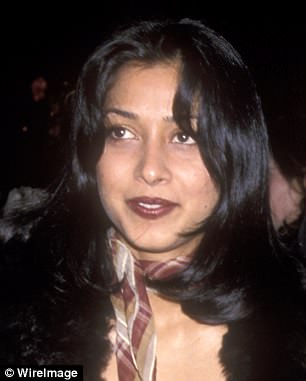 Samia Shoaib (right) has claimed Allison Mack (left) tried to lure her into the twisted Nxivm sex slave cult and once told her, ‘You’re delicious’

The pair met twice in one month, and during their conversations Shoaib says Mack encouraged her to join a Nxivm-affiliated women’s group call JNess.

Speaking to the New York Post, Shoaib said a ‘fragile and gaunt’ Mack only offered vague descriptions of the group’s activities, suggesting it was a forum for women to ‘support each other’. Shoaib refused to join.

The actress insisted she did not pick up any ‘sexual vibes’ from Mack, but remembers one email sent after their last dinner together which read: ‘Thank you for last night! I had a lovely time with you and [your friend]. You are both delicious women.’

Shoaib, who is now 47, believes Mack lost interest when she found out her age.

‘I have to be honest with you I did not get any sexual vibes from her at all,’ she said. ‘It’s so hard to see her as a sinister character.’

The actress tweeted about her interview on Saturday night in response to a comment criticizing her for revealing the story. 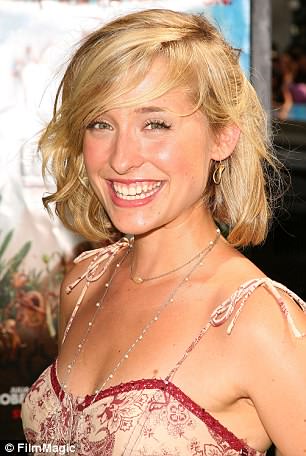 ‘I chose to disclose that Allison Mack attempted to recruit me into her ‘women’s circle’ as I felt it was my responsibility to speak up,’ he said.

‘I didn’t sign up to be an apologist for her or that vile cult. She struck me as a haunted, lost soul and that’s the truth. Stop trolling me.’

I chose to disclose that Allison Mack attempted to recruit me into her ‘women’s circle’ as I felt it was my responsibility to speak up. I didn’t sign up to be an apologist for her or that vile cult. She struck me as a haunted, lost soul and that’s the truth. Stop trolling me.

Mack has denied recruiting women to Nxivm, which prosecutors say was led by Keith Raniere, also known as ‘Vanguard.

‘The victims were then exploited, both sexually and for their labor, to the defendants’ benefit,’ the prosecutor said.

The women were branded with a symbol containing the initials of the leader of the group, which was based in Albany in upstate New York.

They were also allegedly told to stop shaving their pubic area and be mindful about their weight.

There was even a diet plan laid out by Raniere and Mack, which consisted of several spoonfuls of plain yogurt and fruit in the morning followed by plain squash, kale, cucumber, or zucchini, and a bite of Kimchi for lunch and dinner.

Rainiere was arrested on sex trafficking charges in Mexico in March.

Prosecutors said that during the past 20 years, he established a series of purported self-help programs within the Nxivm umbrella organization.

It has operated centers in the United States, Mexico, Canada and South America.

It featured a pyramid scheme, as courses cost thousands of dollars each and participants were encouraged to pay for additional classes and recruit others in order to rise within the ranks.

Mack is accused of co-creating a Nxivm program that recruited actors.

‘As detailed in court filings, in 2015, Raniere created a secret society within Nxivm called ‘DOS,’ an acronym that stands for a Latin phrase that loosely translates to ‘Lord/Master of the Obedient Female Companions,’ or ‘The Vow.’ DOS operated with levels of women ‘slaves’ headed by ‘masters.” 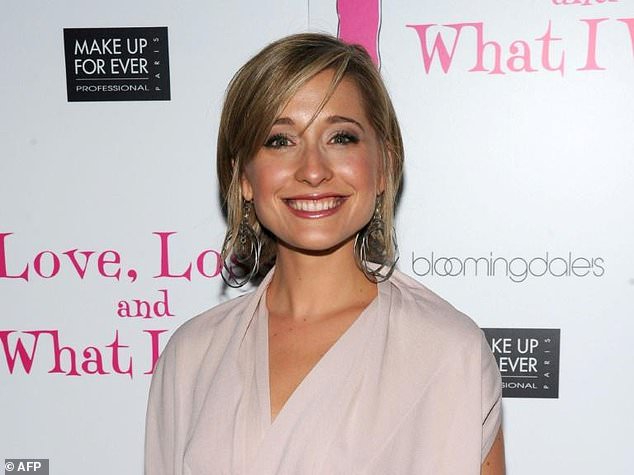 Mack pictured at the ‘Love, Loss, And What I Wore’ new cast member celebration in New York City on July 29, 2010

‘Raniere stood alone at the top of the pyramid. Other than Raniere, all members of DOS were women. Mack is one of the women in the first level of the pyramid immediately below Raniere,’ the statement charged.

Mack played Chloe Sullivan in ‘Smallville,’ a show about the raising of Clark Kent in Smallville, Kansas, before he became known as Superman. The series lasted 10 seasons.