Ad cleared after 212 complaints about boy sitting on dog

An advert showing a young boy sitting on a dog has been cleared despite receiving more than 200 complaints about animal cruelty.

The three television adverts for picture printing firm Photobox featured scenes of a family having a barbecue in their garden.

They showed the parents taking a photograph of their son sitting on the back of a Great Dane.

A voice-over stated: ‘This pleasant get together shall soon be shattered for a photo storm bruise. 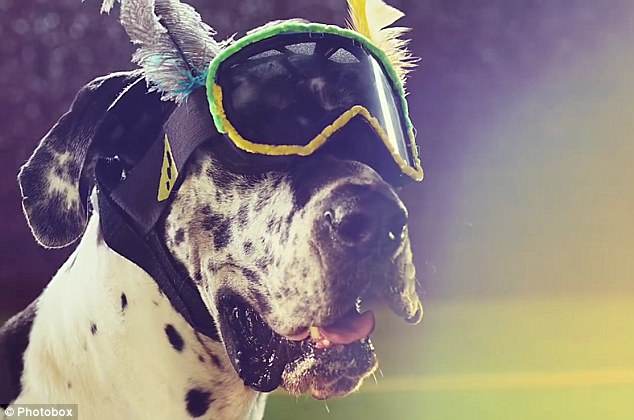 However, more than 200 people complained and suggested that the advert was a clear example of animal cruelty

‘Mum, dad, weird cousin Brian, hold aloft your camera phones for you are about to capture gold.’

But the Royal Society for the Prevention of Cruelty to Animals (RSPCA) and 211 other viewers complained that the adverts.

They claimed they involved a pose that was harmful to the dog and could encourage children or adults to emulate potentially unsafe behaviour for them and their pets.

Photobox said the boy and the dog were filmed completely separately so as to ensure the safety of both parties and ‘at no point did the boy actually sit on the dog’.

The company said a qualified vet was on set for the duration of the production and attested to the welfare of the dogs, and provided the Advertising Standards Authority (ASA) with a copy of the certificate the vet had signed off.

The certificate referred to ‘Kalifa’ and ‘Mufasa’ and stated that the animals ‘were never placed under any risk or suffered any damage during the shooting’. 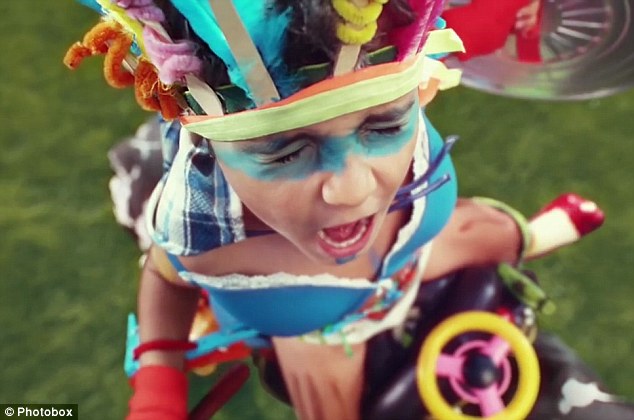 The ASA said: ‘We acknowledged the vet’s certificate provided by Photobox and (ad clearance agency) Clearcast, and were content that the two dogs used for the ad were not harmed during production.

‘Because of that, we had no reason to believe the dogs used for the ad were mistreated during filming and concluded did not breach the Code.’

It added: ‘We acknowledged that an ex-kids scheduling restriction had been applied to the ad so that it would not be shown around children’s programming.

‘We considered that this further made it unlikely for children to emulate the child sitting on the dog or come to harm as a result.’