Liverpool have been handed a boost ahead of their Champions League clash against Sevilla after Adam Lallana travelled with the squad to Spain on Monday.

Lallana, who is fit again after a three-month lay off with a thigh injury, was left out of the team who easily overcame Southampton 3-0 at the weekend.

However, Jurgen Klopp has opted to include him in the travelling party for Tuesday night’s crunch group stage match. 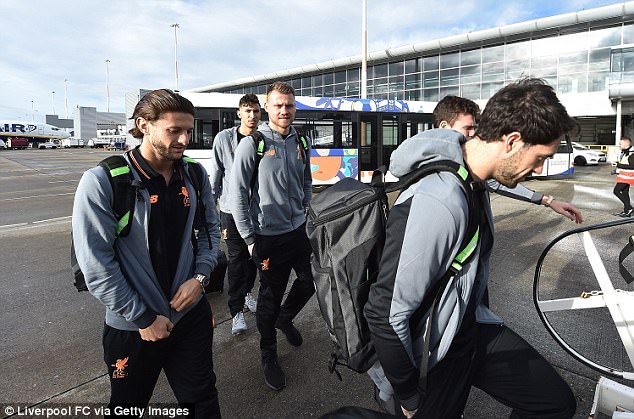 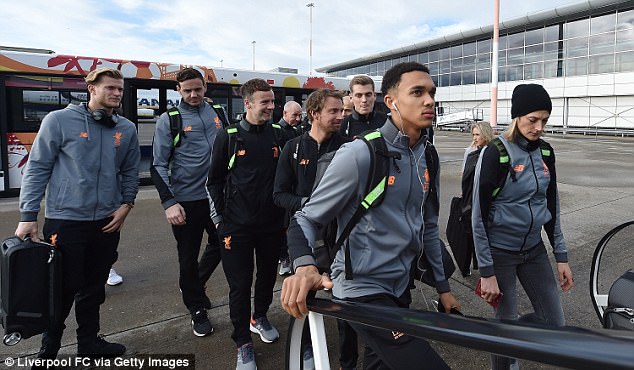 The Reds playmaker was pictured at Liverpool’s John Lennon Airport, along with his team-mates, after departing the team bus.

Liverpool’s squad wore matching team tracksuits ahead of their journey to Spain, where they will be looking to boost their hopes of qualifying for the Champions League knockout stages.

The general mood appeared to be positive, with Klopp also in a cheerful mood following the routine victory over Southampton at the weekend.

Liverpool fans had another reason to be happy as club icon Steven Gerrard joined the squad en route to Europe.

Gerrard, who is now the club’s Under 18s coach after hanging up his boots last year, was seen boarding the plane.

The former England and Reds captain was joined by his players, with the U19s facing Sevilla in the UEFA Youth League five hours before the first team kick off. 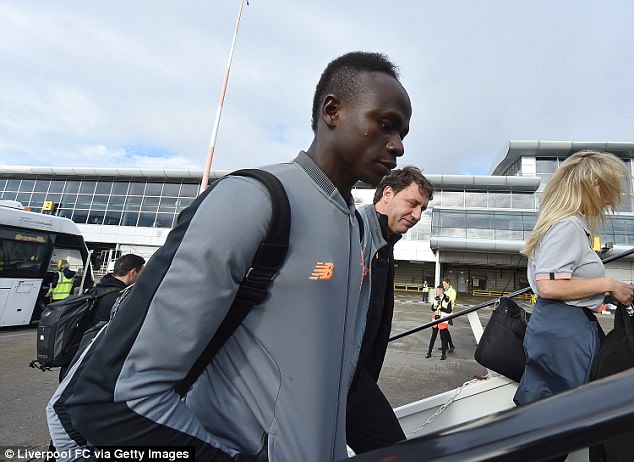 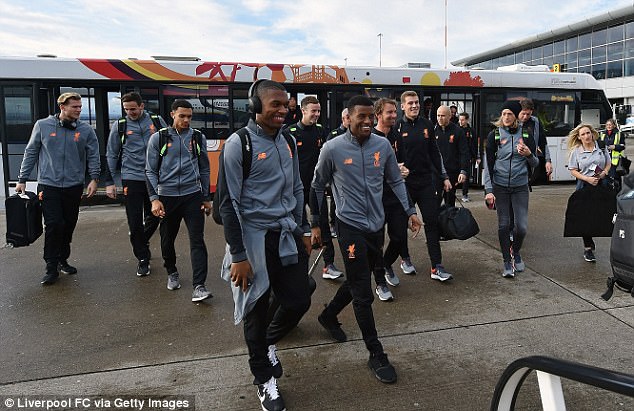 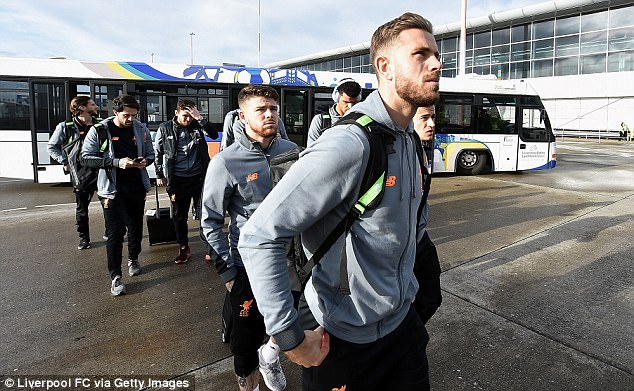 Meanwhile, Klopp hailed Liverpool’s improvement after they eased to a 3-0 victory over Southampton at Anfield.

Mohamed Salah was the star of the show with two more goals and now tops the Premier League’s scoring charts while Philippe Coutinho added the third.

Anfield was a jittery place after a run of one win in six Premier League games but, three straight victories later, the mood has noticeably shifted.

Liverpool look a lot more solid at the back while the front quartet of Salah, Coutinho, Sadio Mane and Roberto Firmino proved far too good for Southampton.

The result saw Liverpool close to within one point of fourth-placed Tottenham, and Klopp was a very satisfied man. 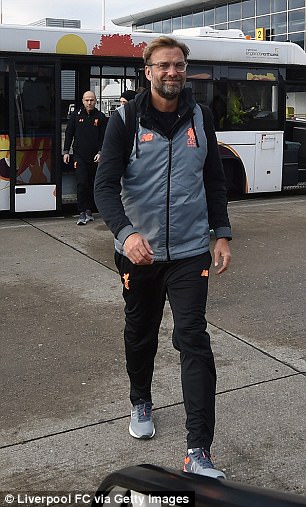 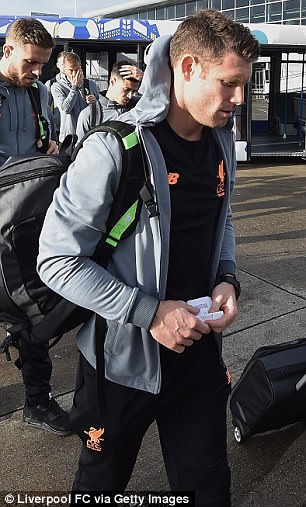 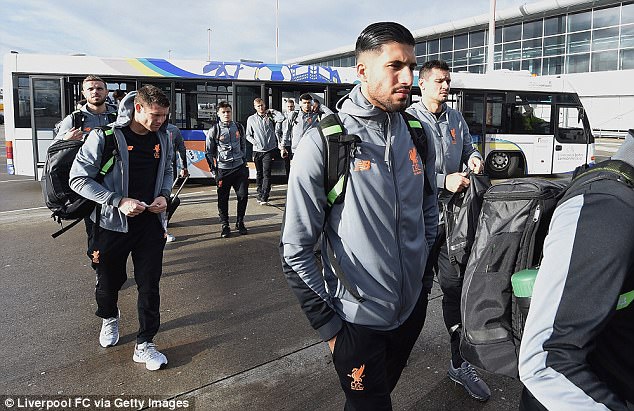 Emre Can, who has been linked with a move away from Liverpool, is also part of 23-man group 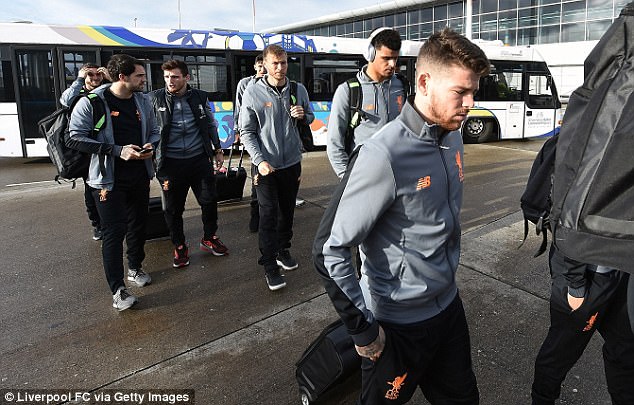 He said: ‘Southampton are a really good football team. We had these moments not too often so far this season. You need these goals and thank God in a moment we score them. That makes all the difference.

‘I’m really happy about the defending, the whole team and especially the last line was really strong. It was just an all-round good performance and a really deserved win, and for us of course very important.

‘It pushed the top of the table a little bit together. We are still in, that’s good. (Manchester) City is obviously flying around pretty alone. We cannot change that but we can make pressure on all the others and that’s what we did today.

‘We have to build on our experiences that we made so far in the season. We played all kinds of teams, all kinds of styles. There was only one game that was really bad, and that was Tottenham.

‘We used these experiences. We have a much better protection, I hope we can keep that, it’s a big part of not getting nervous in a game. It looked much more mature and that’s very important for us.’