Adam Rippon will work for NBC as an Olympic correspondent

Adam Rippon will work as a correspondent for NBC for the remainder of the Winter Olympics in PyeongChang, the network has announced.

The figure skater, 28, has been one of the breakout stars of the Games, thanks to his apologetically bold personality and the fact he is the first openly gay man to win a medal for the United States at any Winter Olympics.

He will give commentary for all of NBC’s platforms on television, digital and social media, USA Today reported. 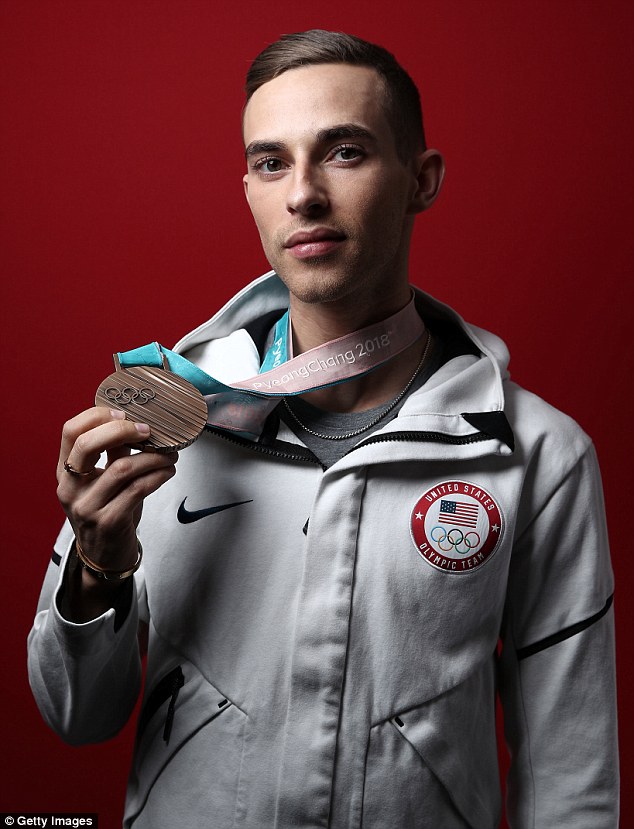 The figure skater, 28, who has been one of the breakout stars of the Games,is the first openly gay man to win a medal for the United States at any Winter Olympics

Rippon, who won a bronze metal in the team skating competition, has made headlines for his hilarious and sometimes controversial comments.

During an interview with USA Today, the athlete took issue with Vice President Mike Pence leading the U.S. delegation in South Korea.

‘You mean Mike Pence, the same Mike Pence that funded gay conversion therapy?’ he said. ‘I’m not buying it.’

He has also said he will be one of a few athletes who won’t be attending a post-Olympics celebration hosted by president Trump at the White House.

Donald Trump Jr took to Twitter last week to slam the wildly popular pro-athlete after Rippon said that despite his comments, he didn’t want ‘his Olympic experience to be about Mike Pence.’

‘Really? Then Perhaps you shouldn’t have spent the past few weeks talking about him. I haven’t heard him mention you once???,’ Trump Jr. penned in the post.

Before he got bronze, Adam and freestyle skier Gus Kenworthy this year became the first open gay men to even compete at the Winter Olympics for the United States.

Rippon finished in 10th place at the Men’s Single Free Program this Saturday. 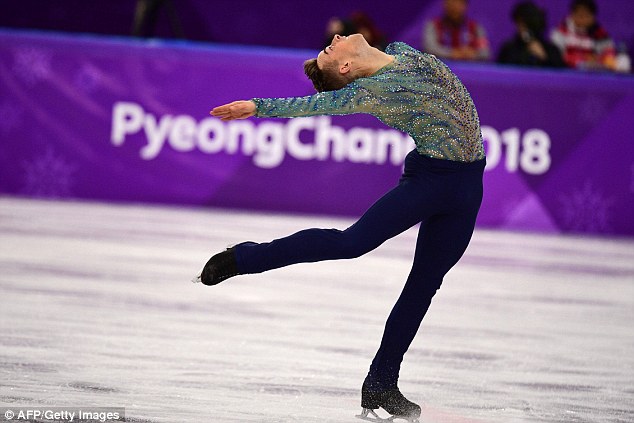 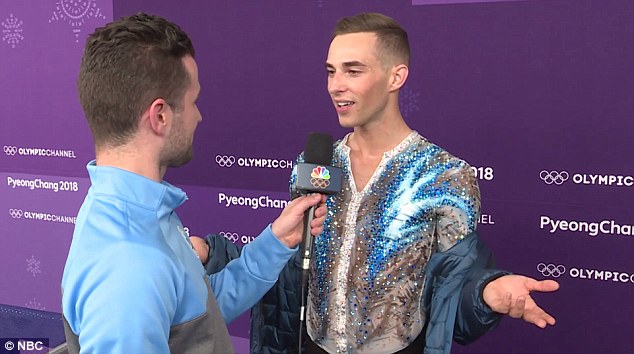 When asked about retirement afterwards, he said: ‘I have no idea. I think at first I need a five-minute break and a really stiff drink and then maybe like a day or two off the ice, at least to dry out my costumes, and then we’ll see.’

Celebrities have gotten into the Rippon-craze, with many reaching out to him to express their admiration.

Britney Spears tweeted at him on Friday: ‘I just wanted let you know that I am a fan, I am not in denial, and that you are THE MOST FUN!! Keep making us all smile at the Winter Olympics and good luck today’ followed by a star and an ice skate emoji.

And an elated Rippon reciprocated Saturday: ‘I could feel you on the ice with me. I now have an OVERWHELMING desire to post Instagram fashion shows, google stock imagines of corn, and paint on the balcony of my dorm in the Olympic village. Thank you for not being in denial, LOVE YOU’ followed by several hearts.

Rippon, who won a bronze metal in the team skating competition, has made headlines for his hilarious and sometimes controversial comments

Britney isn’t the only one trying to woo the swoon worthy Rippon, actress Sally Field has been trying to help her openly gay son go for the gold with the gorgeous Olympian.

When her son Sam Eisman tweeted a screen-grab of a text conversation he had with her about his attraction to the Olympian, she took matters into her own hands and tagged Rippon.

The screen grab in Sam’s initial tweet showed him joking with his mother over text about how he could possibly ask out Adam. 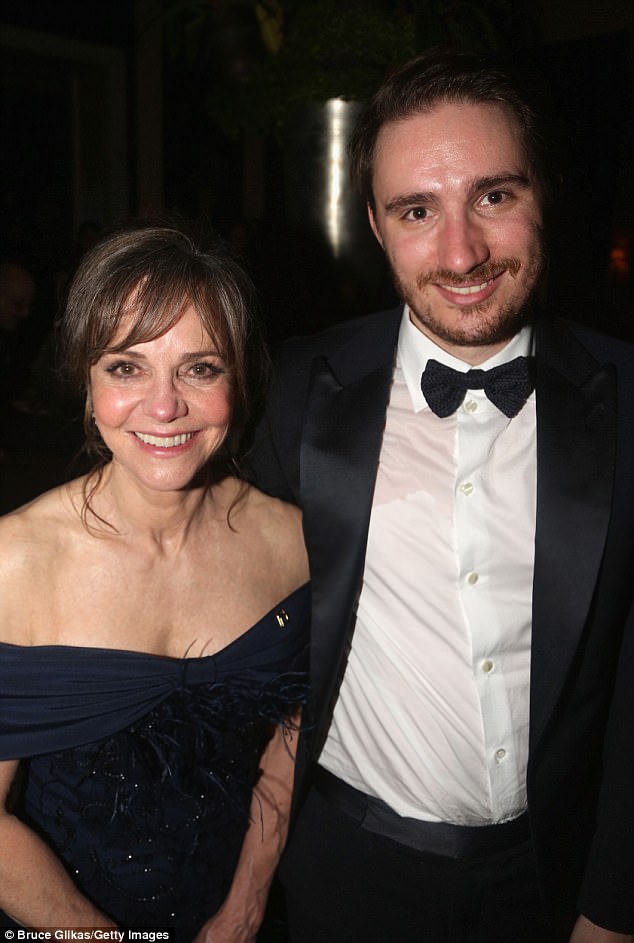 Involved: When Sally Field’s (left) son Sam Eisman (right) tweeted a screen-grab of a text chat he had with her about his attraction to Adam Rippon, she took matters into her own hands

Rippon has reveled in the attention, telling dailymail.com that he wanted to both prove himself as an athlete and let his personality shine.

‘It is a once-in-a-lifetime opportunity. And I wanted to be be open and honest about it and fun with the media, it’s a whole part of it that I wanted to enjoy and I enjoyed every single second… I am America’s sweetheart.’

Asked why he had connected with the American public and the multi-million TV audience across the world he said: ‘On some level we can all relate to just being rat s—. And I’m a little rat s—.’