On paper at least, Stage 6 of the Tour de France looked interesting, with a steep ascent toward the end that the 117-year-old race was scaling for the first time and which seemed like it might tempt top contenders to test each other out on the rugged, narrow mountain road.

But the Tour’s top riders turned the mountain into a molehill, ruining race organizers’ best-laid plans.

Instead of seeing a reckoning between the favourites, the Tour saw Kazakh rider Alexey Lutsenko surge alone up the previously unclimbed Lusette pass on Thursday to earn his first stage victory in his fifth Tour de France. 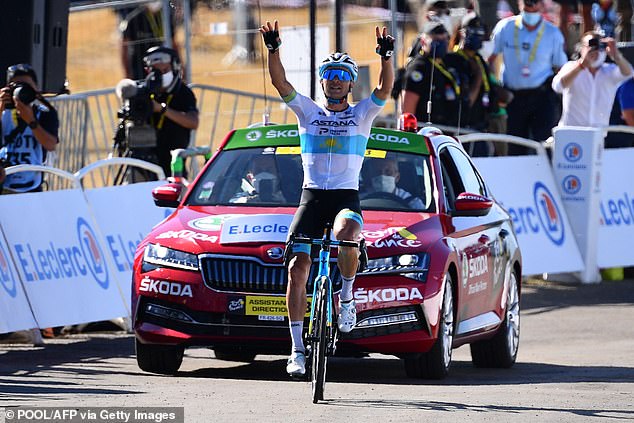 However it was Kazakhstan’s Alexey Lutsenko who took the win, surging up on his own 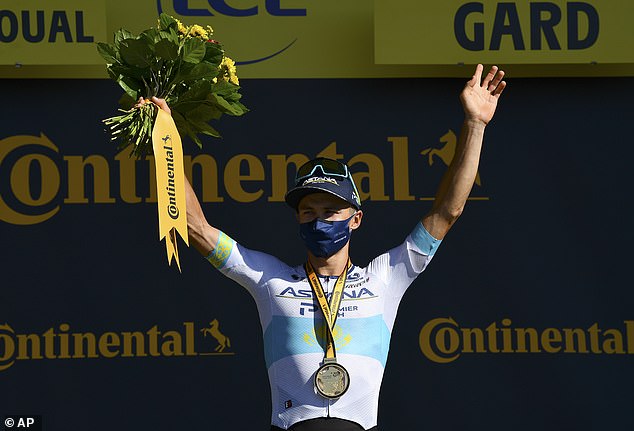 Adam Yates of Britain kept the overall race lead, as he and other contenders for victory in Paris stayed bunched together as a group, waiting for bigger mountains that come later in the three-week Tour, starting this weekend in the Pyrenees.

While they kept tabs on each other, the 27-year-old Lutsenko profited.

He was part of an initial group of eight lower-placed riders that broke away early from the main pack in search of the stage victory on the 191-kilometre route that sped southwest from the start town of Le Teil in southern France.

For the first time in Tour history, the stage finished atop the Mont Aigoual, a 1,560-meter (5,118-foot) peak with commanding views of southern France and an observatory opened in 1894 to study its changeable weather. 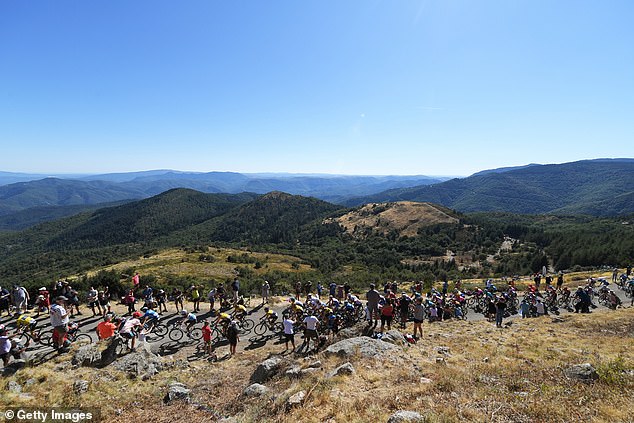 The last kilometres were a rolling uphill past pines and pasture to the finish. The relative ease of that final approach dissuaded top contenders from attacking each other on the steep Lusette pass that preceded it, because they knew rivals would be able to catch them back up toward the top.

‘It was too far to try something,’ said French rider Thibaut Pinot, who is 12th overall, in a group of top contenders trailing Yates by 13 seconds.

But not too far for Lutsenko to make his move.

He had scouted out the climb in advance of the stage. He used his knowledge in shaking off his breakaway companions on the 12-kilometre slog with an average gradient of 7 percent and rhythm-snapping sections rising by more than 10 percent and with not much room to maneuver on the rough tarmac.

‘I gave my upmost in the steepest section,’ he said. ‘In my head, I was convinced I was going to make it.’ 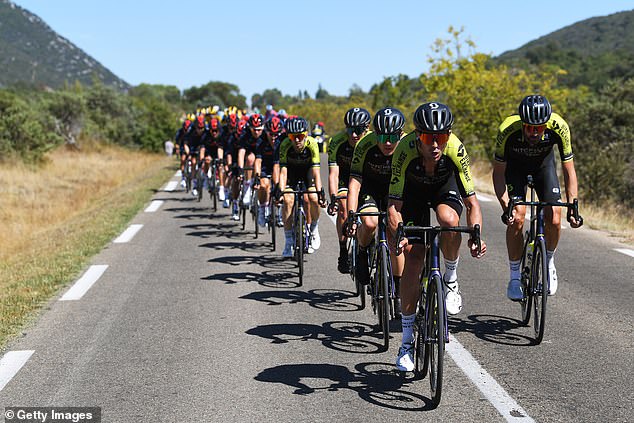 Riding for the Astana team, he started the stage in 37th place overall, nearly six minutes behind Yates. Since he and the other breakaway riders were not a threat for the yellow jersey, Yates and other top riders were content to let them race off ahead. They did so at a furious pace, covering 52 kilometres in the first hour of racing to build their gap.

The overall contenders were still far behind when Lutsenko crossed the line. There were no changes at the top of the standings. Yellow-jersey wearer Yates is still three seconds ahead of Primoz Roglic from Slovenia. Another Slovene, Tadej Pogacar, is third, seven seconds behind Yates.

Yates was wearing the iconic yellow jersey for the first time Thursday. He inherited it from Julian Alaphilippe on Wednesday after the French rider was handed a time penalty that stripped him of the race lead. Alaphilippe broke racing rules by taking a drinks bottle near the end of Stage 5, a violation for which he was docked 20 seconds, putting Yates in yellow. Yates is the ninth Briton to wear the famed jersey since the first, Tom Simpson, wore it for a day in 1962. 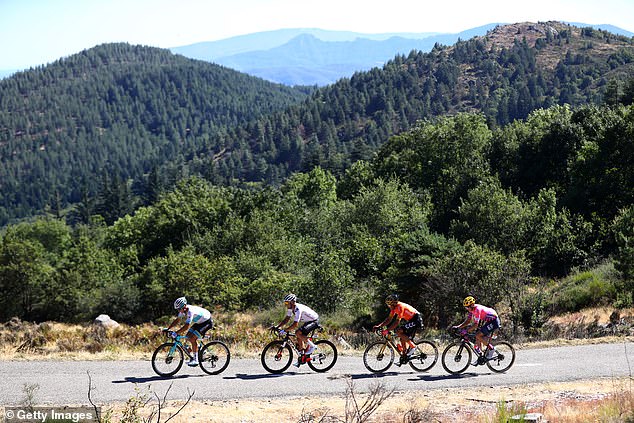 But Alaphilippe showed that he still has fight by sprinting ahead of other top riders as they rode in together in a group at the top of Mont Aigoual, clawing back one of the seconds he lost. The top contenders’ bunch crossed the line 2 minutes, 53 seconds behind Lutsenko.

With a flat finish after a hilly first half, Stage 7 from Millau to Lavaur on Friday is likely to finish with a bunch sprint and no changes among the overall contenders unless they suffer a mishap on the 168-kilometre route. Top riders may be more willing to go toe-to-toe when roads go sharply uphill again this weekend in the Pyrenees.