A man who was ‘miraculously’ rescued from shark and crocodile infested waters after spending 24 hours lost at sea has revealed he almost let go of his lifeline when rescue choppers failed to spot him.

Adea Tabuai, 31, was caught in a storm on Tuesday while island hopping in his dinghy in the Torres Strait, between Queensland’s Cape York and Papua New Guinea.

Mr Tabuai told family he was leaving Moa Island at 11am after unveiling his great uncle’s tombstone and was heading for Warraber Islet, about a three hour trip northeast.

However, his worried family contacted authorities at 4pm when Mr Tabuai never arrived.

The weather had become so severe that his dinghy started taking on water, and eventually capsized – leaving Ms Tabuai clinging to a piece of floorboard that had broken off from the boat.

To make matters worse, he didn’t have a lifejacket, flare or beacon.

Mr Tabuai had no other choice but to cling to the floorboard, about half his size, until a search and rescue team found him 24 hours later at about 10.25am on Wednesday.

Despite the crocodile and shark ridden waters, Mr Tabuai said the worst part of his ordeal was seeing helicopters above that couldn’t spot him in the choppy waves.

‘I had seen planes and waved, hoping a passenger or pilot would see me. I saw a helicopter, I waved as hard as I could but then it went away,’ he told the Cairns Post.

‘I decided that if they did not come back then I would let go of the wood and let it float away and let the ocean take me.’ 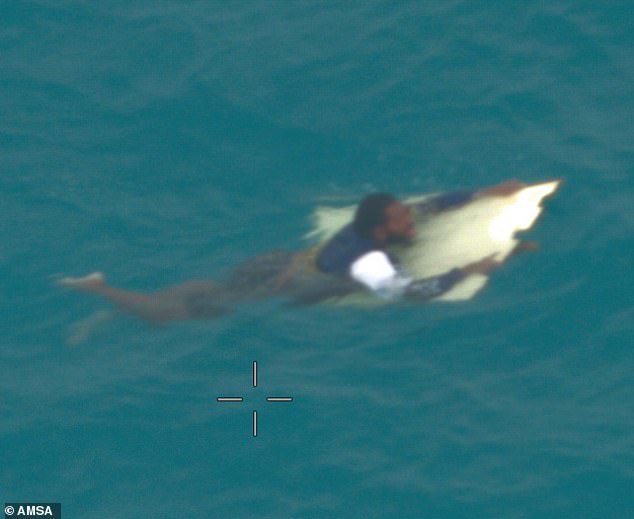 Mr Tabuai (above) was rescued at 10.25am on Wednesday with rescuers telling him they saw sharks circling as he floated

When he was finally winched to safety by a rescue helicopter Mr Tabuai was told a group of sharks had been circling him, waiting for him to slip off.

He admitted he was ‘afraid’ but tried not to think of the danger below and instead prayed he’d be rescued.

Mr Tabuai’s mental strength was able to keep him going, as he suffered from dehydration, exhaustion and numb limbs.

He’d tried to make a call after his boat started taking on water but the rough conditions meant there was no signal.

Mr Tabuai has spent his life by the ocean and is very experienced with boats. He regularly fishes for crayfish.

But his time waiting to be saved has taught him to be less casual about going out on the water. 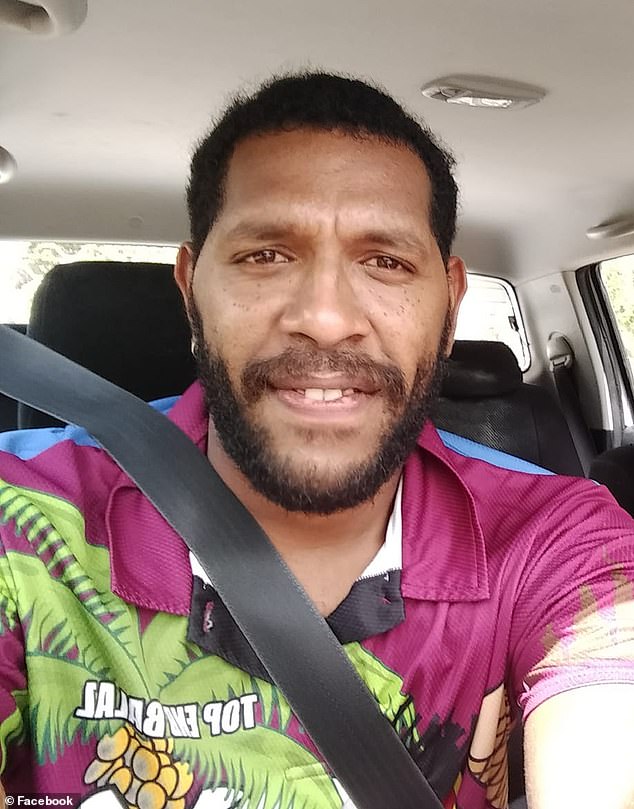 Mr Tabuai (above) said he almost gave up hope while watching rescue aircraft fly over him, unable to see him in the poor conditions 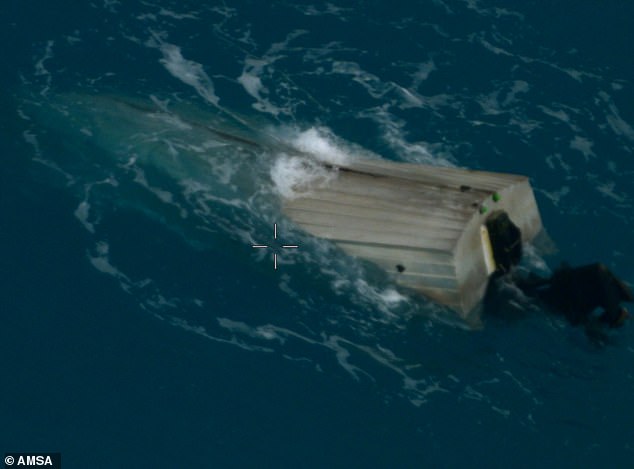 ‘I feel different, safety comes first, I know this for next time,’ he said.

He was found some 2km from his tipped boat and about 30km south from where he’d set off on Moa Island.

‘This is a Christmas miracle,’ he said.

‘The weather up here was horrendous, it was too wild for a helicopter.’

Mr Tabuai is recovering in hospital but is said to be in ‘pretty good nick’.