A grim glimpse into the stomach-churning rituals thrust upon ‘freshers’ at an Adelaide college has been revealed in an ‘O’Mag’ written by veteran students.

Hailed the ‘most valuable text book’ students were likely to read in their university experience, the infamous magazine, attained by news.com.au, details a plethora of horrendous rites of passage.

The book, published in 2013, was addressed to ‘fresher f**ks’ at St Marks College, and came with it’s own set of strict rules and guidelines, as well as harsh consequences.

Stomach-churning rituals, including a sexual point system for female students (pictured), were detailed in an O’Mag published by Adelaide St Mark’s College students in 2013

Females were subject to a table of male student names, whereby an allowance of points was given for performing difference levels of sexual acts with students.

Once students achieved a top score of 100, they then became unofficially ‘Crowned the college bike’.

The score-sheet, titled ‘St Mark’s Baseball’, condemned freshers ‘hooking up’ with each other, which warranted a 50 point deduction.

‘The rules are simple enough, even for the most brain-dead f**kwit fresher. Below is the value of getting to each base, with people in College,’ the chart stated. 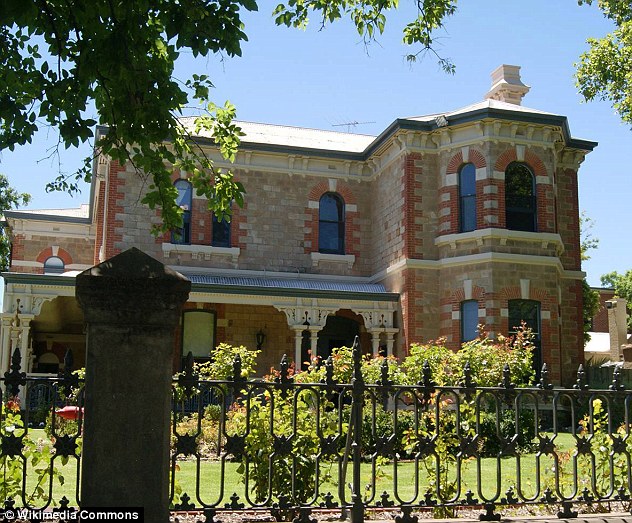 The book was addressed to ‘fresher f**ks’ at St Marks College (pictured), and came with it’s own set of strict rules and guidelines

Also concealed inside the ‘college bible’ was a host of chants and poems which seemed to celebrate sexual violence towards women.

‘This beast from the river makes lochness look tame, he puts girls in wheelchairs without knowing their name, beating his chest like the mighty King Kong, you’ll get schlepped in the face by his powerful schlong,’ one of the poems read.

‘A leader of men and warlord so great, he’ll come for you girls and knock down your gate, he’s concealing a footlong so girls run in fear, or he’ll pounce on your rump like a small baby deer.’

The O’Mag also listed several tasks freshers could complete to achieve respect from their peers including taking a poo on a couch, fornicating on the Master’s desk and going to a lecture drunk.

A page known as the ‘Fresher Dick-tionary’ detailed commonly used lingo such as butt-chugging – a term for consuming alcohol through one’s anus, and ponding – the name for being thrown in the college pond for breaching informal student rules.

St Mark’s College Rose Alwyn Master, who deplores the contents of the 2013 O’Mag, said the living institution had come ‘a long way’ since the initiation rituals mentioned in the O’Mag were practiced. 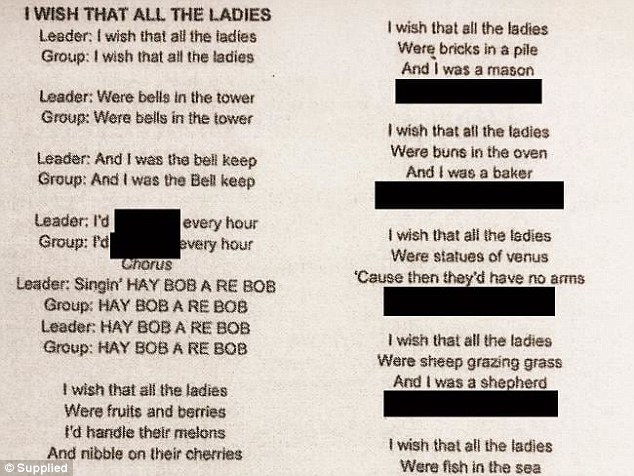 ‘2013 provided an opportunity for the College to undertake further cultural renewal with the implementation of additional leadership training and more comprehensive face-to-face training on sexual assault and sexual harassment,’ Mr Alwyn told news.com.au.

‘Since then, the College has continuously improved the standard and depth of training for staff, Residential Advisors and all students. I am confident in the knowledge that today represents a vastly changed and changing scene from 2013.’

University of Adelaide’s Deputy Vice-Chancellor and Vice-President (Academic), Professor Pascale Quester said she had no knowledge of the book being distributed on campus.

‘I want to make it clear that the University is in no way associated with the publication from 2013 that has been raised with us today,’ Professor Quester said. 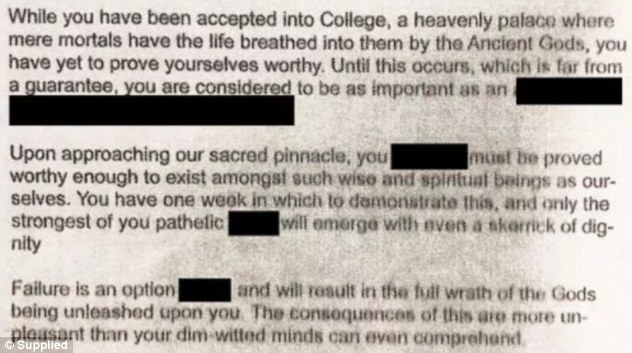