Usually an uneaten apple is the biggest horror awaiting parents when they open up their child’s lunch box at the end of the day.

But an Adelaide parent found they had a slither more on their hands than a fussy eater.

In among the uneaten apple and packet of snacks left over from lunch sat a deadly brown snake. 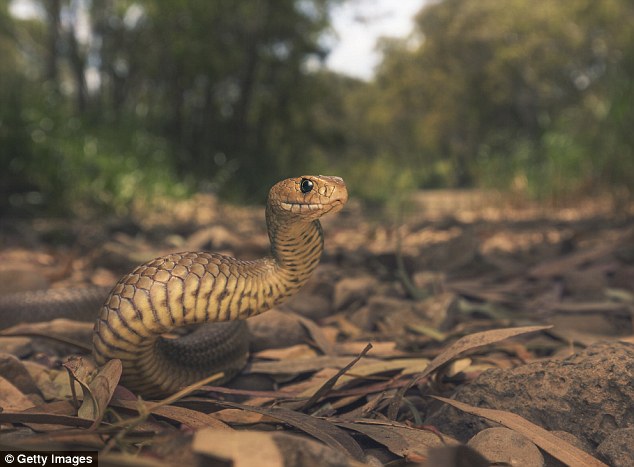 While an artificial gummy snake may have been a welcome surprise in the child’s lunch box, recess could have ended a lot differently had the youngster stumbled across the live counterpart.

Snake catchers Adelaide was sent the picture of the snake, sitting inside the lunch box, to identify.

‘A hatchling brown snake found a hide out in a child’s lunch box! Not really what you expect to see when you check if you’re child ate their fruit,’ they said in the Facebook post.

The picture quickly went viral, with over 1600 shares. Users from Adelaide added to the post with stories of their recent scaly sightings.

A man from the same area recently had one slithering across his pavement. He used a cricket stump to trap the medium sized brown snake and shared his capture in the comments. 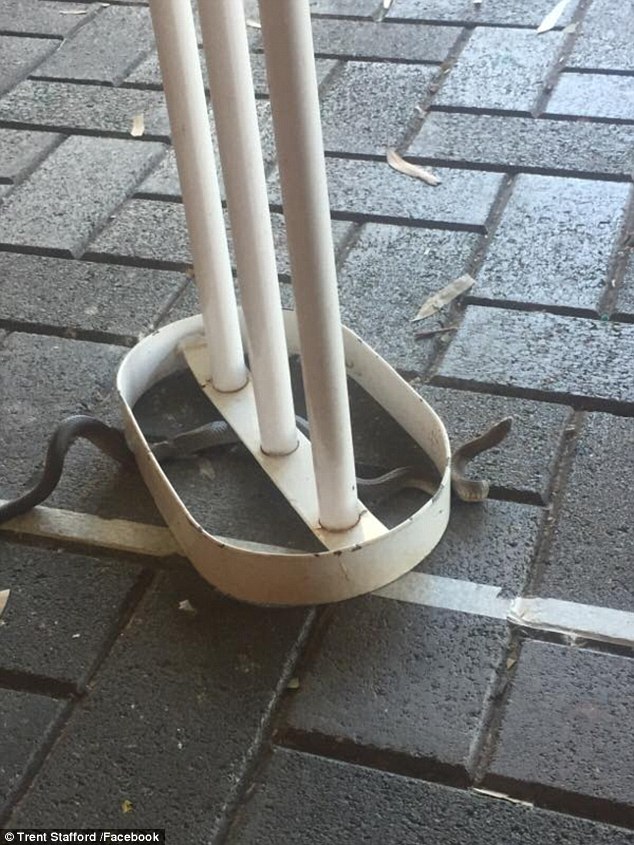 One man, from the same area, shared his recent capture in the comments of the post.  He caught this venomous brown snake by using his cricket stump to trap it

Another women showed how she had gotten a shock when she went to read her water meter and found a medium sized brown snake sitting nearby. She posted the picture in the comments as a warning to others to be careful.

‘Just remember that baby snakes are just as deadly poisonous as adult snakes!’ one user wrote on the post.

‘Yes but did the snake meet the school’s healthy food policy?’ said another. 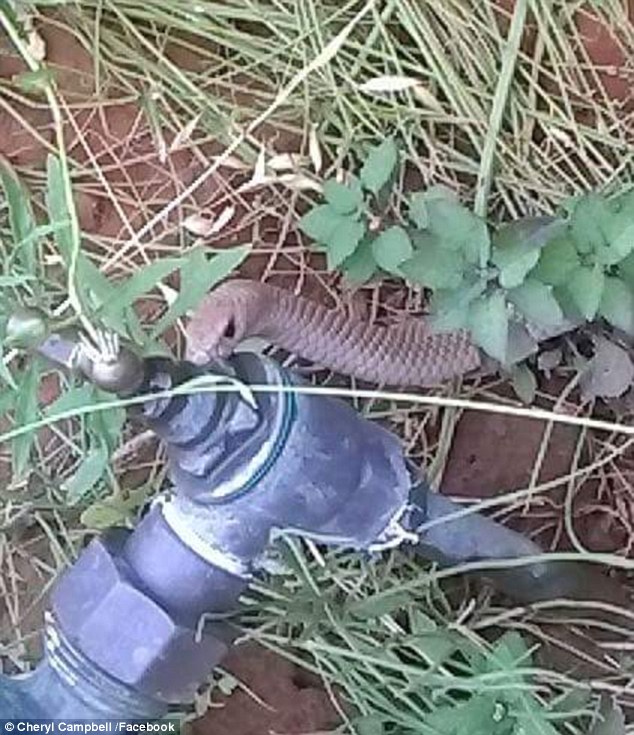 Another Adelaide woman got a shock when she went to read her water meter and found one slithering around her yard, she posted it in the comments as a warning to others

‘There was one the other day in Springfield…..nice red bellied black in a young girls school bag. Noticed it when she went to get her lunch out. Calmly did the bag back up and told a teacher,’ said another.

The brown snake is one of the most deadly in the world and is responsible for 60 per cent of all Australia snake-bite deaths.

In January a NSW man died less than an hour after he had been bitten after trying to protect his dog who was holding the snake in its mouth.

Despite using anti-venom and attempting to resuscitate the man he died in the Tamworth hospital.