An entire floor at an Adelaide quarantine hotel has been moved to a new facility over fears they could have been exposed to Covid-19 after a two-year-old tested positive.

The 18 people were evacuated from the Peppers Waymouth Hotel and taken to the Pullman Hotel on Friday.

South Australia Health said the guests on the same floor were moved because of fears of a possible risk of transmission after a toddler spent longer than expected in a hallway at the hotel while being tested. 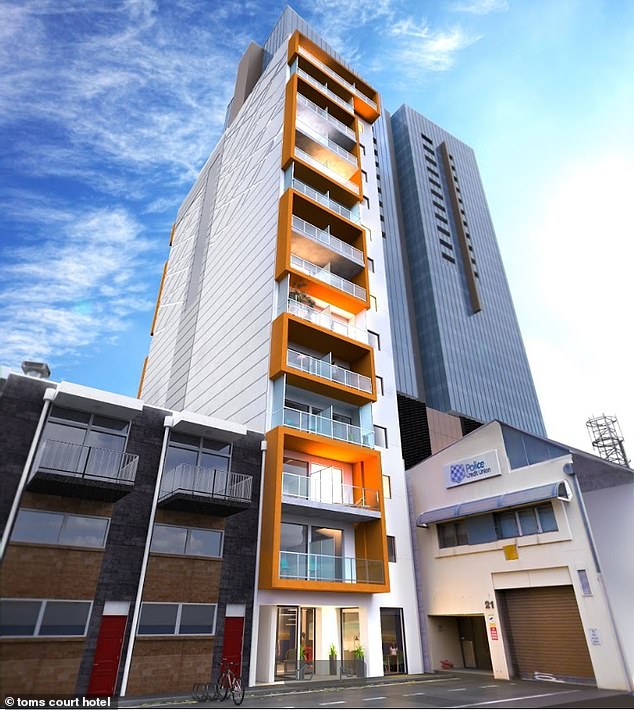 The boy was admitted to hospital on Thursday but later discharged and taken to Adelaide’s Tom’s Court Hotel (pictured), where all people known to have the virus are isolated

A South Australia Health spokesperson said the mother and child ‘may have potentially spread COVID-19 into a corridor as part of the swabbing process’.

The boy was admitted to hospital on Thursday but later discharged and taken to Adelaide’s Tom’s Court Hotel, where all people known to have the virus are isolated.

The delay in testing was related to the boy’s distress, identity checks and language barriers.

The people moved will be required to start their 14-day quarantine period again.

The scare comes as South Australia prepared for the arrival on Friday afternoon of about 150 people on board the first direct repatriation flight from India since the lifting of a travel ban.

All passengers on the plane will be required to undergo two weeks of hotel quarantine at the Pullman Hotel.

They will be given a saliva test every day and a swab test on day one, five, nine and 13.