Adele’s former personal trainer has claimed that the star’s competitive side is the secret to her seven stone weight loss.

Pete Geracimo worked with Adele for her 2016 and 2017 world tour and revealed that although the singer wasn’t a big fan of working out, she always wanted to outdo herself in every session.

The pair worked together for one hour sessions, two or three times a week as she kicked off her fitness journey.

Svelte: Adele’s former personal trainer has claimed that the star’s competitive side is the secret to her seven stone weight loss

Pete told Us Weekly that the training also helped with Adele’s mindest, noting: ‘When we had low days, I would alter the workout so that it would ease her into training, get her mind off of what was bugging her and then, before you knew it, we were having a good session and working hard.

‘I don’t get starstruck and just trained her as if she was not famous. I loved her sense of humor and we’d laugh a lot of the time.’

Pete added that Adele always wanted to outdo herself, noting it was her competitive side that spurred her on, even though she ‘wasn’t a fan of training in the beginning.’ 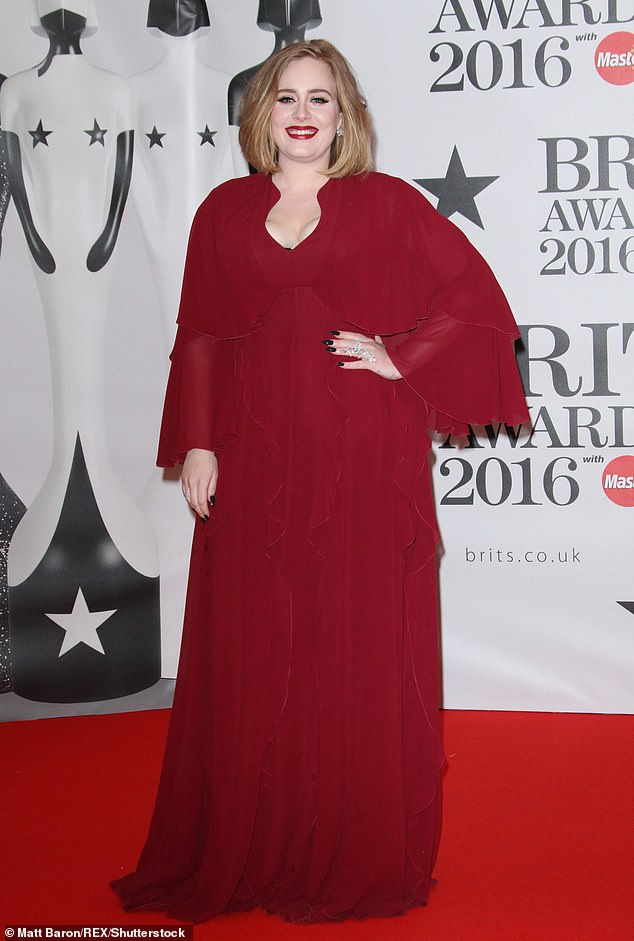 Transformed: Adele’s seven stone weight loss in recent months has shocked fans, and it is believed she ramped up her fitness regime and turned to the Sirtfood diet (pictured in 2016)

Now that Adele lives in the States, she is said to have enlisted the help of a fitness guru who trained Lady Gaga and hired a personal chef.

The singer reportedly took advice from LA-based trainer Harley Pasternak, who has also worked with the likes of Rihanna and Katy Perry.

It’s also claimed that Adele hired a personal chef on the advice of her Hollywood pal Cameron Diaz because she’s ‘not a fan of cooking.’ 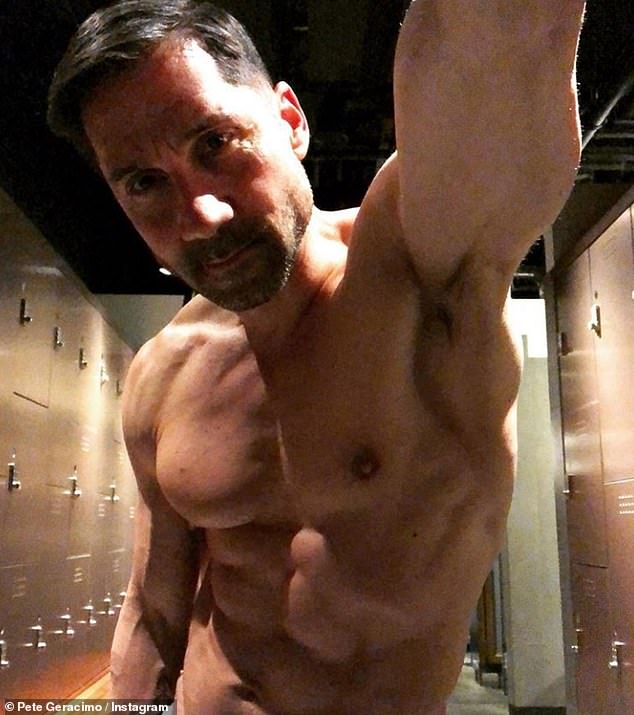 Motivator: Pete Geracimo worked with Adele for her 2016 and 2017 world tour and revealed that although the singer wasn’t a big fan of working out, she always wanted to outdo herself

They said: ‘Adele is feeling incredible at the moment and her weight loss is due to a lot of things but she is also been getting tips from Harley.

‘Lady Gaga told her how brilliant Harley was. And that convinced Adele to get in touch.’ 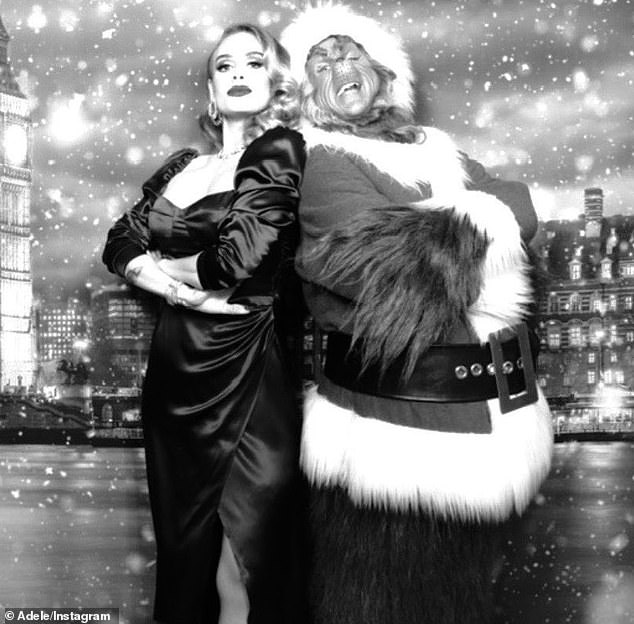 Sensation: Her birthday picture marked Adele’s first Instagram upload since she stunned the world with her new svelte frame in photos from her Christmas party last year

It was then reported that Adele hired chef Jason Harley to create her healthy dishes, following claims she had been following the 1,000 calorie-a-day Sirtfood diet.

The source added: ”She would have a green juice in the morning then work out. The she wouldn’t usually eat until 3pm or 4pm so she was also doing a lot of intermittent fasting.’

Back in October, Adele had already visibly lost a great deal of weight as seen in pictures of her attending her friend Drake’s birthday party.

She posted an Instagram snap of herself at the fete and quipped in the caption: ‘I used to cry but now I sweat’. 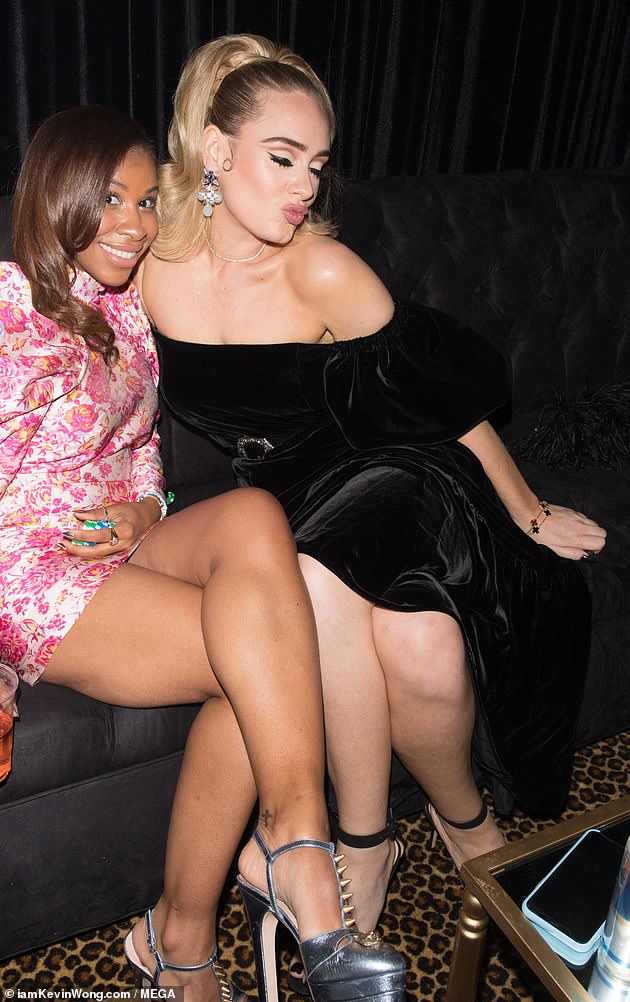 ‘I used to cry but now I sweat’: In October she had already visibly lost a great deal of weight as seen in pictures of her attending her friend Drake’s birthday party

In January she went on holiday to Anguilla with Harry Styles and James Corden, and met a 19-year-old fan called Lexi Larson who dished to People about their weight loss conversation.

‘She said she lost something like 100 pounds, and that it’s such a crazy positive experience. She seemed so happy, and she looked amazing. She seemed really confident,’ Lexi shared with the magazine.

The pop superstar’s big reveal came after she split from her husband Simon Konecki last April and filed for divorce in September.

Adele and Simon share a seven-year-old son called Angelo and a People insider revealed her weight loss came partly from a desire to be healthier for her child.

‘She got to the point where she didn’t feel great. She knew she had to change something, because she wants to be the healthiest mom possible,’ said the source.

Adele became a body positivity icon for her larger figure when she first rose to global stardom, proudly declaring on 60 Minutes in 2012: ‘I don’t wanna be some skinny mini with my t**s out. I really don’t wanna do it.’

Remember when: Adele became a body positivity icon for her larger figure when she first rose to global stardom; she is pictured in 2013

However she became noticeably slimmer in 2016 and that year a source told the Daily Mail she was relying on the ‘Sirtfood Diet’, which Glen Matten and Aidan Goggins debuted in a book in 2016.

The diet reportedly allows Adele to indulge in red wine and coffee while stressing a regime of plant products like turmeric, kale, buckwheat and green tea.

These items are said to activate a person’s sirtuins, also known as ‘housekeeping genes,’ which suppress appetite by controlling bodily response to sugar and fat. 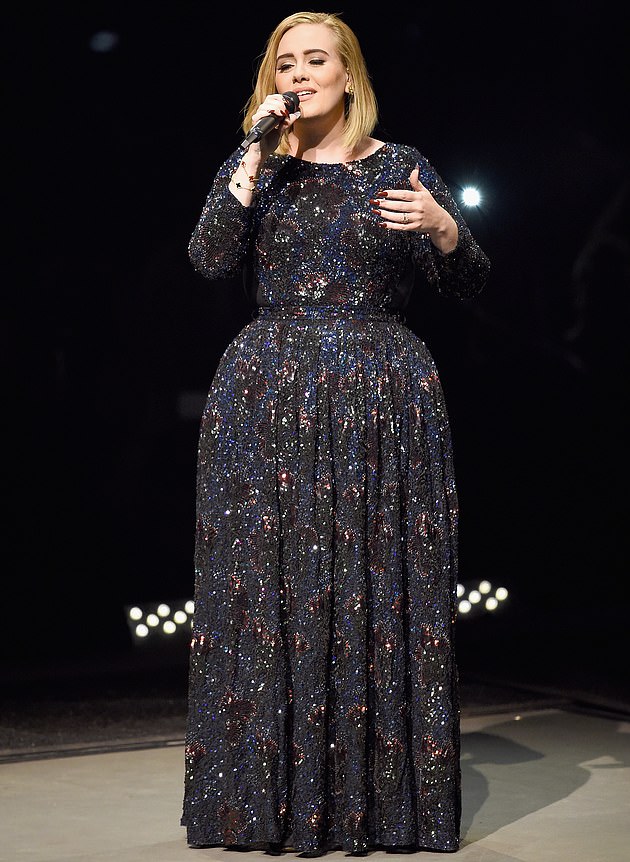 Onstage: However she became noticeably slimmer in 2016 and that year a source told the Daily Mail she was relying on the ‘Sirtfood Diet’; pictured August 2016 at the Staples Center

WHAT IS THE SIRTFOOD DIET?

The Sirtfood Diet is based on sirtuins (SIRTs), a group of seven proteins

Food writer, Dale Pinnock – aka the Medicinal Chef – warned the diet could have adverse side effects such as brain fog and irritability.

Dale explained: ‘If you’ve got a short-term goal that kind of approach could be very, very suitable – if you want to lose weight for a wedding or holiday.

‘But it isn’t sustainable. There will be a cut off because after a while your body will start to down regulate the things it will do.’

He reminded people at home that the recommended daily intake for a woman is between 1,800 and 2,000 calories.

‘[The body’s] top priority is survival, after a couple of weeks you won’t be as active, you’ll find that you get brain fog and become irritable, it kicks in quite quickly.

‘Slow and steady wins the race, definitely – find something that you can stick to.’

This Morning’s resident doctor Zoe Williams was in agreement, advising viewers to make small changes they will be able to stick to. 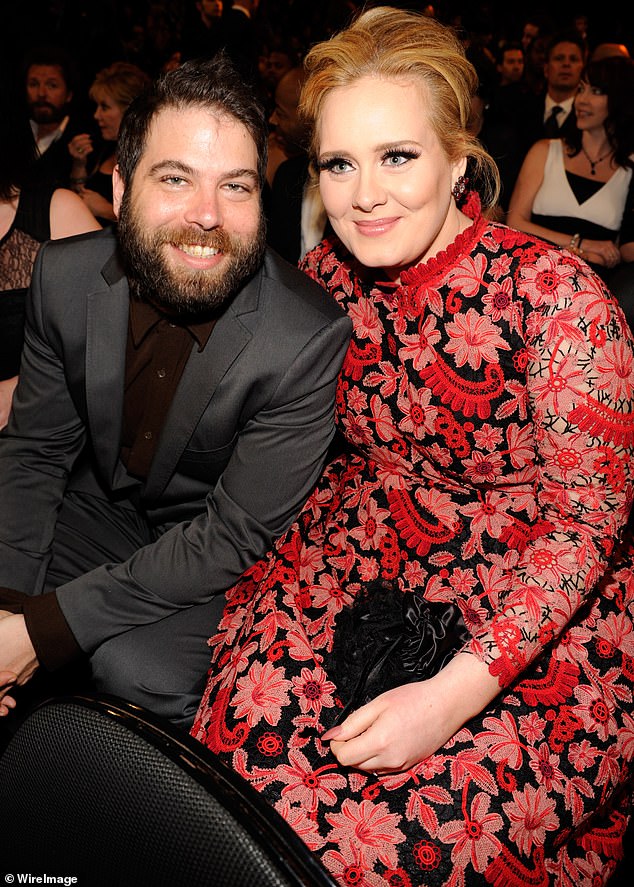 The way they were: The pop superstar’s weight loss came after she split from her husband Simon Konecki last April and filed for divorce in September; they are pictured in 2013