Adidas unveil the ball for this year’s World Cup – ‘Al Rihla’ – which claims to be the ‘fastest and most accurate’ in history… but will the keepers be happy when a ‘spectrum of colours’ comes flying at them?!

It is the 14th successive ball that adidas has created for the FIFA World Cup and is designed to support peak game speeds, as it travels faster in flight than any ball in the tournament’s history.

The ‘Al Rihla’ takes its name from the Arabic word for ‘the journey’ and is inspired by the architecture, boats, and flag of host nation Qatar. 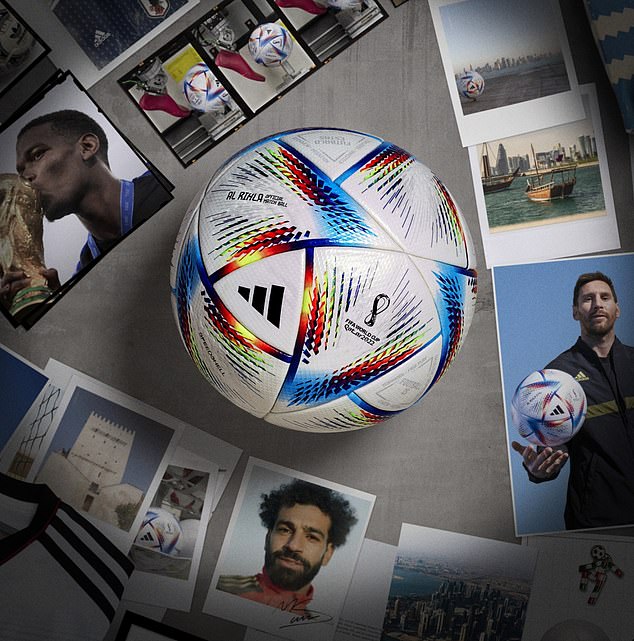 The ‘Al Rihla’  match ball is inspired by the architecture, boats, and flag of the host nation Qatar

FIFA’s director of marketing, Jean-Francois Pathy, said: ‘This is a stunning, sustainable and high-quality official match ball from adidas that will be enjoyed by stars performing at the top of their game on the world’s biggest stage in Qatar, as well as grassroots players everywhere.

‘Al Rihla’s worldwide journey will represent the incredible reach of the FIFA World Cup and give fans a unique opportunity to engage with the event as excitement builds ahead of the big kick-off.’

The ball has been designed from the inside out using data and rigorous testing at adidas labs, in wind tunnels and on the pitch by football players themselves.

Al Rihla is expected to provide the highest levels of accuracy and reliability on the field of play, partly due to its new panel shape and surface textures. 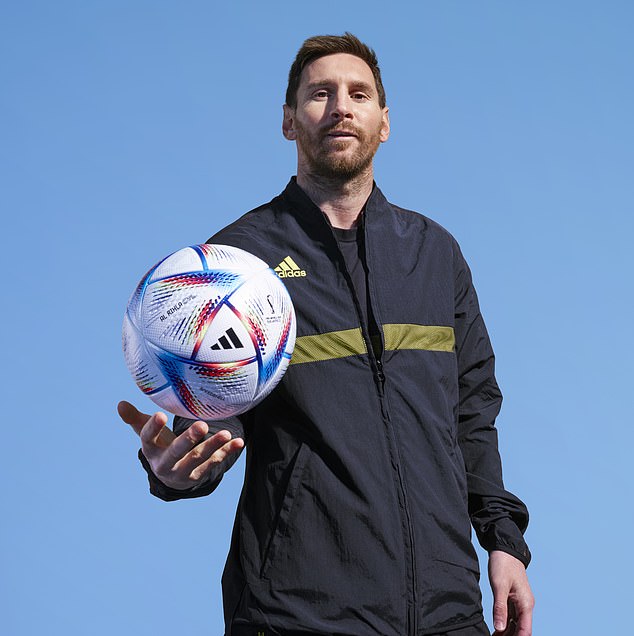 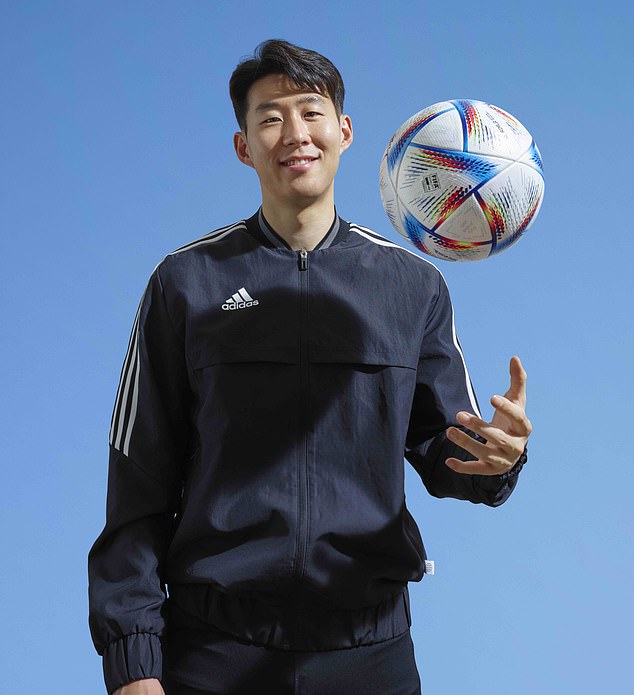 Franziska Loffelmann, the Design Director – Football Graphics & Hardwear at adidas added: ‘The game is getting faster and, as it speeds up, accuracy and flight stability become critically important.

‘The new design allows the ball to maintain a significantly higher speed as it journeys through the air.

‘For the biggest global stage in all of sport, we set out to make the impossible possible with radical innovation by creating the fastest and most accurate FIFA World Cup ball to date.’

The ball is the first FIFA World Cup ball to be made exclusively with water-based inks and glues. 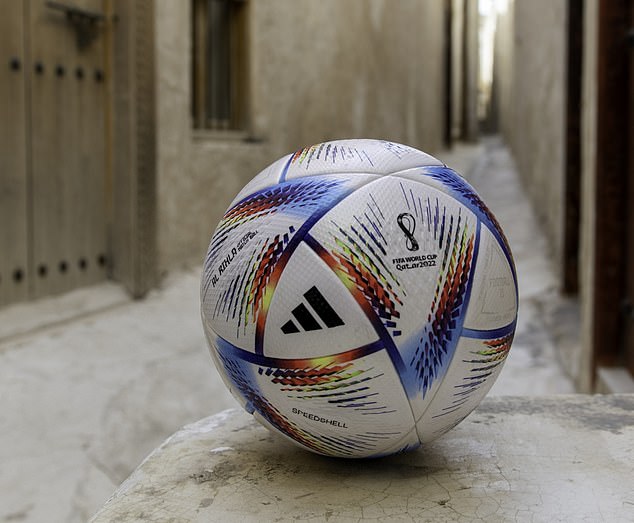 The biggest question is whether or not the goalkeepers be happy when a ‘spectrum of colours’ comes flying at them during the tournament.

The adidas Jabulani come in for criticism from players and goalkeepers alike after a number of high-profile errors in the 2010 World Cup.

Former USA goalkeeper Tim Howard had some of the strongest views on the ball in 2010, by saying: ‘It’s terrible. You will hear that a lot next week, next month. We are trying to get used to it, trying to read an unreadable situation.

‘Hopefully it’s not going to come back and bite us but you are going to see some crazy things with the ball.

‘What does it do? What doesn’t it do, would be a better question. It moves all over. If you hit five balls with the same striking motion you wouldn’t get the same result.’

Former Italian shot-stopper Gianluigi Buffon also criticised the ball, as he said: ‘The World Cup brings together the best players on the planet, these champions must be given something decent.

‘The new ball is not decent, not just for goalkeepers but for everyone. Its trajectory is unpredictable.’

FIFA will be hoping the new innovative ball for the 2022 World Cup does not come under similar criticism.