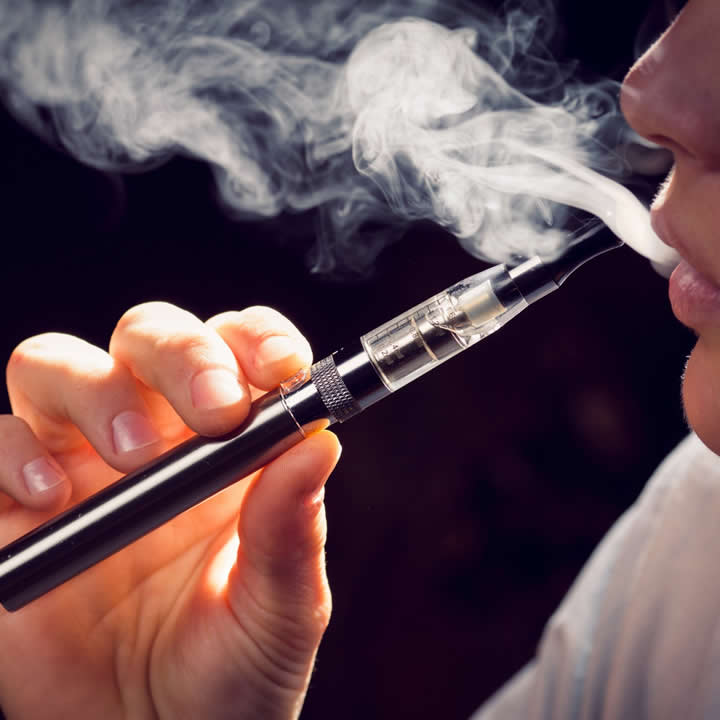 Since their debut just a few years ago, nicotine salts have quickly become the rising star of the vaping world.

And for good reason.

They have been likened to traditional cigarettes in that they deliver the same kick as their tobacco counterparts, so their popularity is hardly surprising.

But if nicotine salts have a similar experience just like regular cigarettes, some people ask, what’s the point of using them? Why not just smoke a cigarette?

Well, as much as no one is saying categorically nic salts (and vaping in general) is safe – although Public Health England in 2019 repeated their earlier claim that vaping is 95% safer than smoking – everyone and their neighbour knows cigarettes kill.

Plus, they leave your clothes, seats and car smelly, not to mention the withering comments and increasing restrictions in many premises (and spaces) as smoking continues to be looked down upon as some passé 19th century habit.

Anyway, that aside, what are the actual advantages and disadvantages of using nicotine salts over regular e-liquid?

It’s a common gripe among smokers who have just switched to vaping that they find electronic cigarettes don’t quite hit the spot or the whole experience doesn’t feel as satisfying as smoking.

Thanks to their use of a special ingredient called benzoic acid, nic salts have been found to be more effective at delivering nicotine into the bloodstream, making them more satisfying than freebase nicotine or standard e-liquids.

Similarly, nicotine salts do not affect the flavour of the juice as much as freebase nicotine, the type of nicotine used in regular e-liquids.

Nic salts can deliver higher nicotine concentrations without it affecting the taste.

Another common pet peeve for some people is that they find some regular e-liquids a bit harsh on the inhale. This is something every vaper who has had the displeasure of vaping some sub-standard juice can relate to.

But it is not unique to cheap e-liquids only.

Usually, the harshness is caused by the nicotine in the juice, so even high quality PG juices may feel a bit harsh for some people, especially when the nicotine strength hits double digits.

When it comes to nicotine salts, though, it is possible even for beginners to vape strong nicotine concentrations (as high as 50mg or 60mg/ml) without it negatively influencing the throat hit.

That’s because nic salt e-liquid is much smoother, and guarantees a pleasurable vaping experience even at higher nicotine levels, thanks to the benzoic acid in it.

Anyone will find nicotine salts super simple, and that includes those new to vaping.

Originally only available in closed pod systems, these devices absolve you of the need to keep refilling e-liquid or carry out regular e-cig maintenance drills.

This makes them the perfect everyday carry, whether you are heading for a fun night out or an extended time away from home.

A good example is the AV Nano Disposable which comes in a choice of flavours.

These days, though, there are open versions of the pod system which allow for refilling with nicotine salt e-juice.

Compared to freebase nicotine, nicotine salt e-liquids are more stable which makes them last longer in the bottle.

The chemical composition of these e-liquids means their colour will come across a bit different from what you are used to, so this should not be a cause for concern.

MTL (Mouth to lung) is a form of vaping style that involves drawing vapour from your MTL device and holding it in the mouth for a brief moment before you inhale it into the lungs.

Due to their inability to produce huge plumes of vapour, nic salts are more suited to MTL vapers who are in it for the nicotine vis-à-vis users of DL (direct lung) devices who are more into blowing clouds.

Again, nicotine salts do not produce copious amounts of vapour or need large, clunky devices, making them the perfect e-liquid choice for those who prefer flying under the radar with their vaping.

Plus, you can slip these compact vaping devices into your purse or pocket and you won’t smell like an ashtray.

As different people have different preferences, nicotine salts may be a saving grace for some, but there are those who don’t consider them a good option.

And their reasons could include the following:

But there is a good reason for that.

The properties of nic salts, chief among them, the high nicotine concentration and faster delivery of nicotine into the bloodstream, means they are not ideal for use with powerful devices like sub-ohms.

For this reason, you might need to invest in a more compact vape kit to get the job done if yours is a large vaping device.

However, it is also important to clarify that there are nic salts for sub-ohms, although these will characteristically have a lower nicotine strength.

By now you have already established that nicotine salts are not the go-to juice for anyone interested in blowing massive clouds and working on their vape tricks.

This is best reserved for juices with a high concentration of VG (vegetable glycerine) which create the densest vapour.

Nic salts, for the most part, are not made for devices designed to be dismantled and fiddled around with.

This is why they are not suited for experienced vapers or for those occasions when you want to go the fun route of customising your device.