Fly from New York to London in two hours: Aerospace firm led by former SpaceX and Blue Origin employees reveals plan to build plane that will hit 5 TIMES the speed of sound

A new company is looking to develop a plane that can get passengers from New York City to London in just 90 minutes.

According to multiple reports, the aerospace company Hermeus, has received initial seed funding in its efforts to build supersonic propulsion technology that it hopes will power commercial planes within the next decade.

The amount of funding has not yet been publicly disclosed.

Hermeus says its aircraft would travel at speeds of 3,300 miles-per-hour with a range of 4,600 miles, and will be powered mostly by existing technology.

According to Ars Technica, the company’s craft will be built using mostly titanium and Hermeus looks to have a functional demo version ready in the next five years.

Hermeus is the latest competitor in the race to develop ultra-fast aircraft and is looking to develop a vehicle capable of traveling at 3,300 miles per hour

Hermeus’ technology isn’t the only thing that’s high-powered. The company is staffed with two former higher-ups at Blue Origin, the Jeff Bezos-backed aerospace company, as well as former employees of SpaceX, the Elon Musk-owned competitor to Blue Origin.

‘With experience from the best of NewSpace companies, the Hermeus team is well positioned to disrupt the hypersonics industry,’ said Rob Meyerson, former President of Blue Origin in a statement.

Other founders at Hermeus worked previously at a company Generation Orbit where they helped to develop the X-60A, a hypersonic rocket used by the U.S. military to test the viability ultra-fast vehicles.

In it’s endeavor to supercharge air travel, Hermeus will compete with a host of other companies already developing supersonic planes.

Among the competitors is Boom Supersonic, which entered the field three years ago and has made significant headway in bringing its planes to the public.

The company could have the craft ready by 2020 with Virgin Group and Japan Air collectively ordering 30 of the companies planes according to Ars Technica. 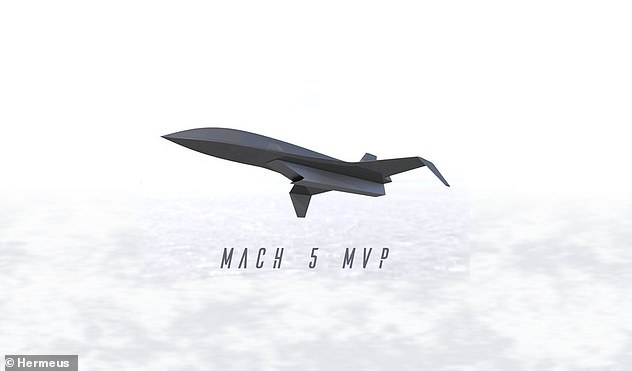 While Boom’s planes may be first to market, Heremeus plans to edge out their competitors with sheer speed.

Boom’s planes will travel about a third of the speed of Hermeus, making hypothetical trips from New York City to London in a little more than three hours as compared to an hour and a half.

For companies like Boom and Hermeus, the development of crafts capable of hypersonic travel — classified by speeds of 3,800 miles per hour and more — hasn’t been the primary challenge, it’s been mitigating the extreme heat caused by the technology.

Last year, the Defense Advance Research Agency, DARPA, announced a program to help pioneer new materials and infrastructure that can withstand conditions of hypersonic travel in what it calls the Materials Architectures and Characterization for Hypersonics (MACH) program. 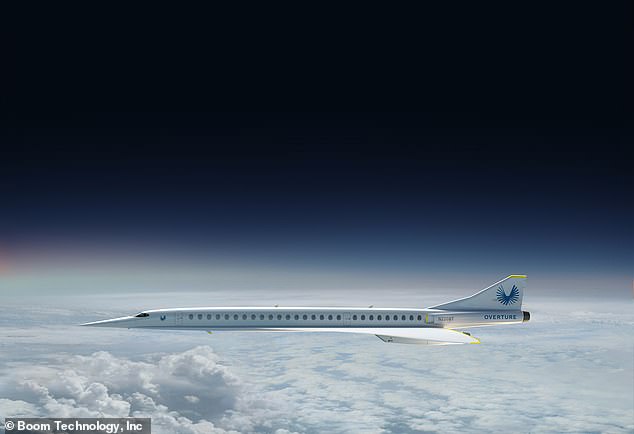 Hermeus is far from alone in its quest to develop a faster airplane. Boom Supersonics could have a craft ready by 2020.

With existing materials and technology the coupling of extreme heat and speeds quickly degrades turbines and the sometimes delicate components inside.

Challenges, however, haven’t stopped interest from government around the world, especially when it comes to hypersonic propulsion’s application toward weapons technology.

The U.S., Russia, and China are all locked into a race to develop hypersonic weapons that can travel up to 10,000 miles per hour and making them unstoppable for any modern defense system.

While America’s interest in the technology has vacillated throughout the last several decades, recent technology and funding his renewed the development.

When comparing to competitors across the world, however, the U.S. may be playing catch up.

WHAT ARE HYPERSONIC AIRCRAFT AND WHO IS DEVELOPING THEM?

Hypersonic aircraft are those capable of a hitting speeds five times the speed of sound or more.

The vehicles could be used to deliver missiles, including nuclear weapons, to targets around the world in a fraction of the time achieved by current craft.

Hypersonic vehicles travel so rapidly and unpredictably they could provide an almost-immediate threat to nations across the globe.

Once developed, the gap between identifying a military threat and launching an attack on it will drop from hours to minutes, even at long distances.

Since 2013, China has conducted seven successful test flights of its hypersonic glider DF-ZF.

The vehicle will be capable of speeds of between Mach 5 and Mach 10, or five to 10 times the speed of sound.

US officials tested tested HTV-2 in 2011, an unmanned aircraft capable of Mach 20, but the hypersonic flight lasted just a few minutes before the vehicle crashed.