Afghan evacuee is charged with sexually attacking minors and another, 32, is indicted for assault

Afghan evacuee, 20, is charged with sexually attacking minors at US Air Force base and another, 32, is indicted for assault after ‘choking wife’

An Afghan refugee being housed at a United States Air Force base is being federally charged with sexually assaulting minors, while another faces assault charges for allegedly choking his wife.

On Wednesday, the Department of Justice announced that Bahrullah Noori, 20, is being charged with attempting to engage in a sexual act with a minor, using force against that person, along with three other counts of engaging in sex with a minor.

Both acts reportedly happened while the two were staying at Fort McCoy in Wisconsin – where they were taken to following their evacuation from Afghanistan.

They were both taken off of the base and are now being held at Dane County Jail.

They are scheduled to be arraigned at a federal court in Madison tomorrow. 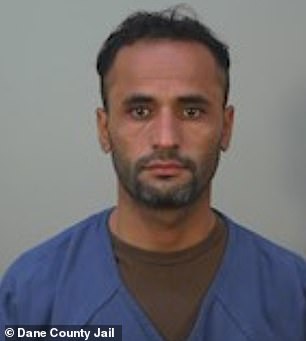 Bahrullah Noori, left, is being charged with attempting to engage in a sexual act with a minor at Fort McCoy in Wisconsin. Mohammed Haroon Imaad, right, is facing domestic assault charges after allegedly choking his wife

Noori is accused of attempting to engage in a sexual act with a minor using force.

The alleged victims were not yet over 16 years of age and were at least four years younger than the defendant, according to the indictment.

If convicted, Noori faces a minimum of 30 years in prison and a maximum sentence of life in prison for the use of force charge alone, with a maximum of 15 years on the other charges.

Meanwhile Imaad’s alleged victim told investigators he choked her, and ‘threatened to send her back to Afghanistan where the Taliban could deal with her,’ according to a criminal complaint obtained by WISN.

Imaad faces a maximum sentence of 10 years in prison

The two suspects made initial appearances in court on September 16 and are due back in federal court tomorrow for their arraignment. 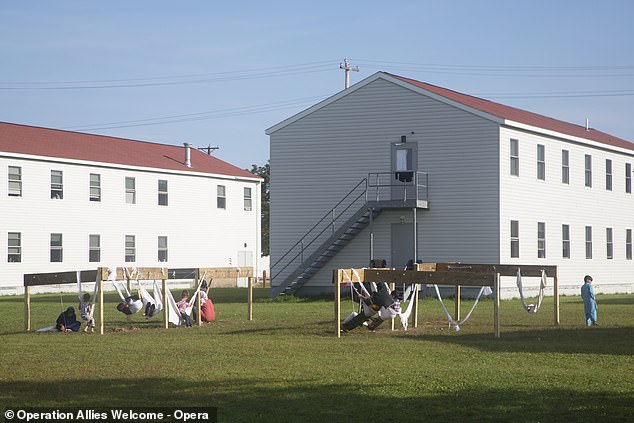 Fort McCoy in Wisconsin is one of only eight United States military bases tasked with housing the more than 50,000 Afghans seeking refuge from the Taliban 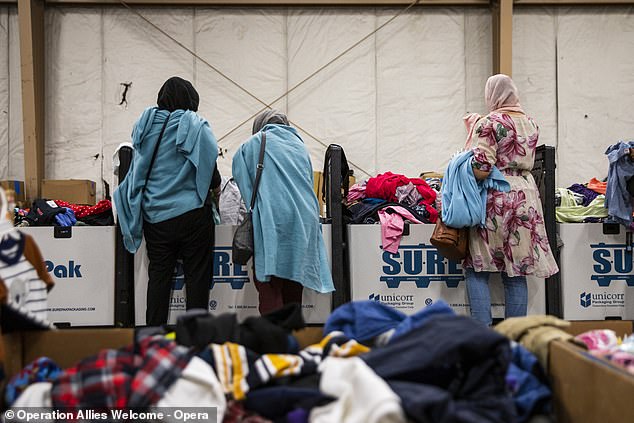 There are currently about 12,500 Afghans residing at the fort

They are among the roughly 12,500 Afghans that are being housed at Fort McCoy after being airlifted out of their country last month, according to MPR News.

It is one of only eight United States military bases tasked with housing the more than 50,000 Afghans seeking refuge from the Taliban.

The evacuees are seeking special immigration status, and will be aided by a group of nine federal agencies to help them settle in 150 different communities in the United States, according to the Milwaukee Sentinel Journal.

Last week, the Department of Justice said they were investigating child welfare complaints and rumors that adult male refugees with child brides were brought into the United States as part of the country’s evacuation efforts.

U.S. officials at intake centers in the United Arab Emirates and in Wisconsin have identified numerous incidents in which Afghan girls have been presented to authorities as the ‘wives’ of much older men.

While child marriage is not uncommon in Afghanistan, the U.S. has strict policies against human trafficking that include prosecutions for offenders and sanctions for countries that don’t crack down on it.

The State Department had no immediate comment on the documents or the veracity of the details in them.

Officials say that they take all such allegations seriously but that many of them are anecdotal and difficult to prove, particularly amid the crush of Afghan evacuees at multiple locations in the Middle East, Europe and the United States.