Afghanistan veteran, 27, ‘brutally sexually assaulted woman then claimed PTSD made him blank out’

An Afghanistan veteran accused of brutally sexually assaulting a woman in a park claimed his post traumatic stress disorder made him ‘blank out’, a court heard.

Following the alleged assault Burbidge is claimed to have told the woman: ‘Sorry, I had PTSD sometimes I just blank out, I don’t know what I’ve done.’

The former serviceman was working for TGI Fridays when he met the woman.

In a video statement recorded a day after the alleged assault the woman said he had given her a succession of strong drinks including a ‘Grateful Dead’ which she described as ‘rocket fuel’.

Despite his encouragement she abandoned the drink halfway through and told him to finish it himself.

She said they began flirting as they drank and he tried to touch her under the table and unhooked her bra.

They went out outside for a cigarette and he pushed her into a corner, tried to perform a sex act on her and exposed his penis, it is claimed.

Because he lived with his parents she turned down his invitation for sex and asked him to walk her to the station, but soon found herself in the park.

‘He was like “Oh, have a smoke here”, then we moved to a tree. He was pulling my tights down, then my skirt, I remember I started kissing him. 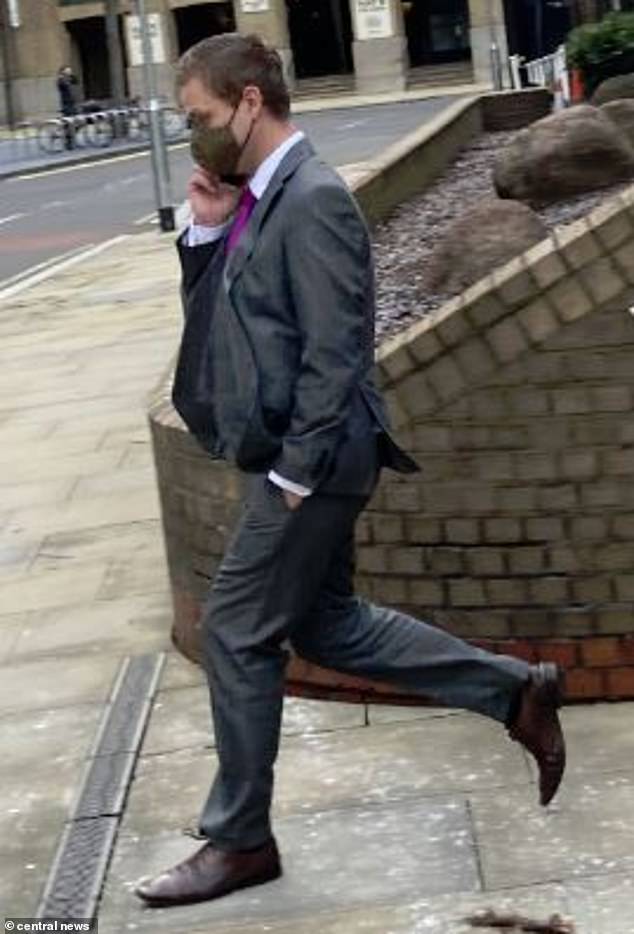 ‘I don’t really know how long for, I lost the element of time there. We started having sex.

‘Like I remember thinking in my head this is getting a bit rough. We were having consensual sex and he like got a bit rough with me. I sort of like pulled off for a bit and was like, lying on the ground, he was like, still going.

‘And all of a sudden I felt like this f***ing agonising pain. I said to him: ‘What the f**k was that?’ What I just felt was not normal. I still had my skirt on.

‘I was lying down back on the ground, he was sideways by my legs. I was literally telling him: ‘What the f*** was that?’.

‘He turned to me. I heard he had PTSD, I’ve seen guys who… when they’re drunk, they switch personality.

Sobbing, she said: ‘I was screaming, I don’t know how long it went on for, it felt like f*****g loads of time. 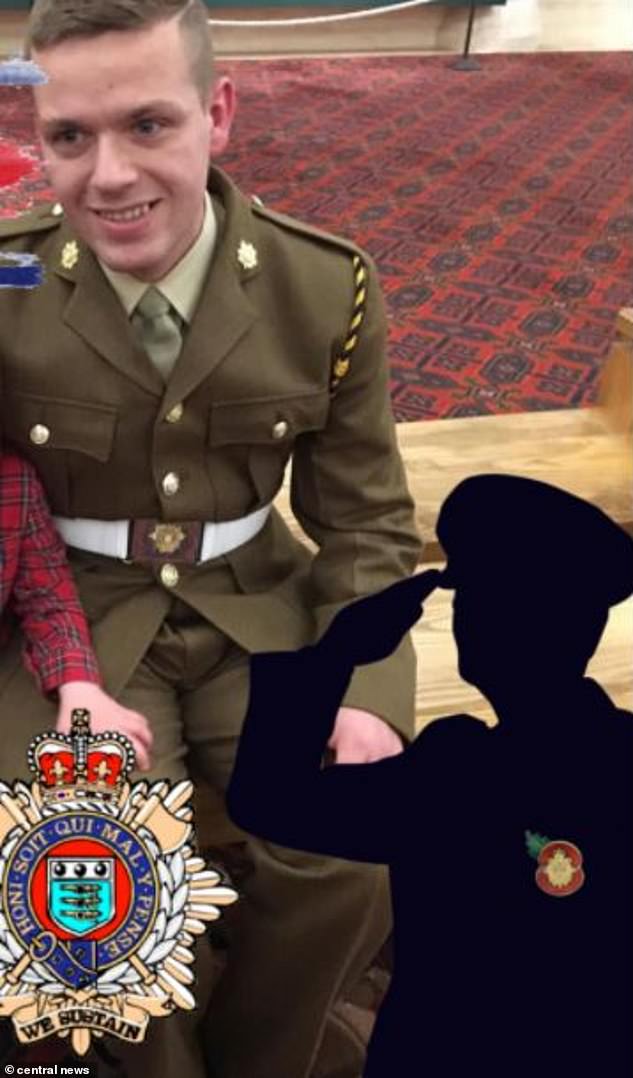 Burbidge, of Turnpike Link, Croydon, denies one count of assault by penetration and is on bail during proceedings

‘He looked at me almost like feelingless. I could almost see the fear now, I could see that he realised that he had gone too far, I don’t know if it was the screaming or the crying.

‘He said: “Sorry, I had PTSD sometimes I just blank out, I don’t know what I’ve done. When you see it happen you think: Why didn’t she get up and run?”

‘I was so immobilised and shocked, when I did try and get up it physically hurt.

She added: ‘Generally it was starting to get a bit rough, with him grabbing my neck.

‘There’s having sex with a guy (…) then there comes a point where it’s more full on, more aggressive.

‘I didn’t say stop but at this point I started thinking: “Do you really want to be doing this?” While I’m having this epiphany in my head, he’s keeping it going.

‘I was lying there letting him do it, when all of a sudden (…) I realised I don’t have control any more, I’m not safe anymore. How can you literally think that’s OK? In any circumstances?’

The woman told the interviewing officer she was left with bruising on both inner thighs and severe pain to her abdomen.

Burbidge, of Turnpike Link, Croydon, denies one count of assault by penetration and is on bail during proceedings.