Hill shared a screenshot of a direct message on Instagram that had been sent to his partner in the wake of the Saints’ clash with Port Adelaide on Saturday.

The message included multiple racial slurs and claimed Hill had ‘f***ed the whole game’, which St Kilda lost by 13 points. 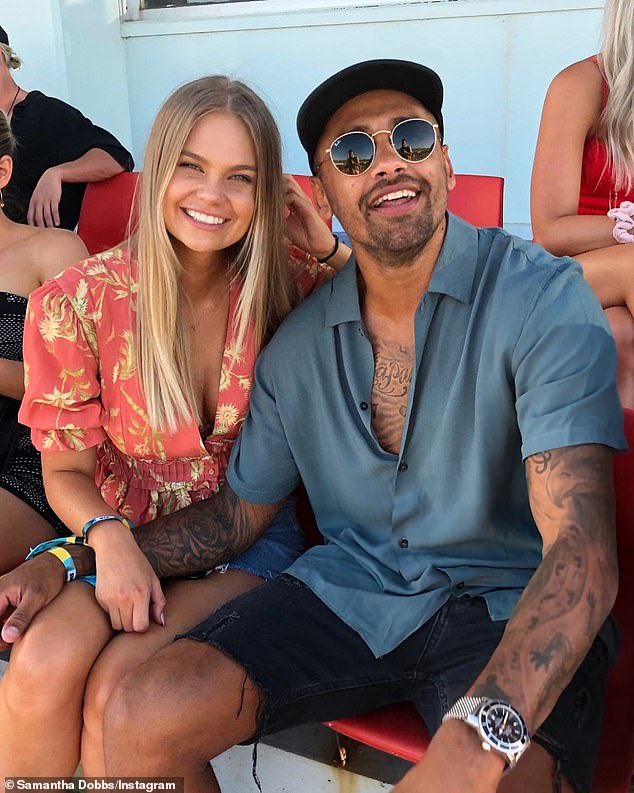 ‘This has to stop,’ the Saints said in a statement.

‘A loss is a loss. It does not give people the right to racially abuse or personally vilify a player, their family or anyone in the community.

‘Too many times this year, our players and their loved ones have been victim to this type of abuse – enough is enough.

‘If you engage in online abuse, you are not with us. Together we rise above and help stamp out racism.’ 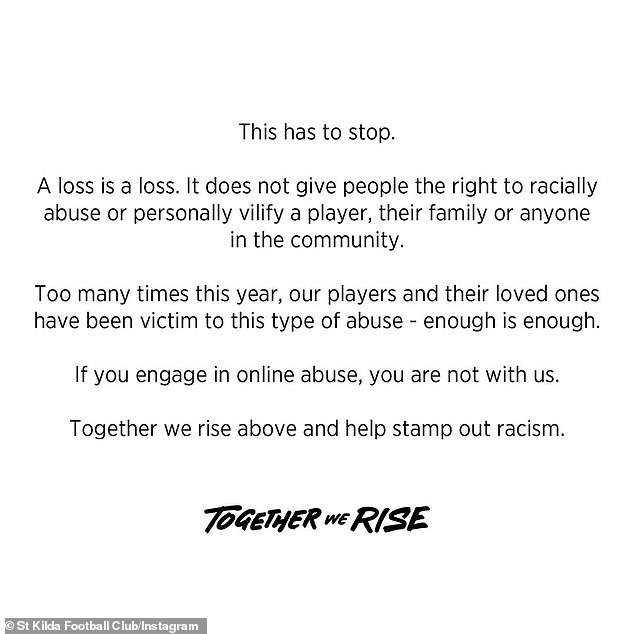 AFL club St Kilda hit back at the troll, saying the racial abuse experienced by Indigenous players ‘has to stop’

In her own Instagram post, which included the screenshot of the original direct message, Hill’s partner said it was ‘revolting, repulsive racist behaviour’.

‘Why in 2021 are people sending this racial abuse to not only athletes, but their families? Be better,’ she posted.

AFL Players’ Association president Patrick Dangerfield and chief executive Paul Marsh were quick to condemn the racist behaviour, with Hawthorn’s Shaun Burgoyne among a long list of players who called it out.

Carlton’s Eddie Betts, West Coast’s Liam Ryan and Melbourne’s Neville Jetta have all been targets of racist behaviour on social media in the past year.