AFL superstar turned commentator Luke Hodge has revealed why he holds his microphone like he’s ‘having a cup of tea’.

The triple-premiership winning Hawks captain explained how a series of gruesome injuries caused his right pinky finger to be ‘fused’ straight.

Hodge was covering the Brisbane Lions and Western Bulldogs game on Saturday night when attention turned toward his ‘posh’ pinky finger, which was sticking out while he held the microphone. 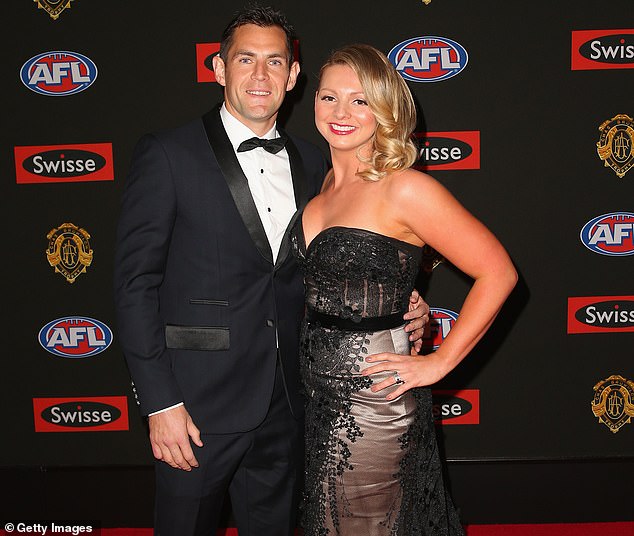 ‘I’m trying to close it. I can’t. I had an operation to start with about 10 years ago and then had another one a little bit further down the finger. It was like it was fused,’ he said.

‘Jordan Lewis kicked a ball to me at the end, it flicked it and ruptured the tendon. I did that four times.

‘Now that’s what you get. It is like when I’m having a cup of tea, I look real posh.’

Hodge said his injured finger had always been a point of discussion among friends and AFL fans.

‘I do get a lot of feedback saying why don’t you just swap hands, but it’s just not natural,’ he said.

Hodge joined the Seven commentary team when he retired as a player at the end of the 2019 AFL season.

He played 305 games for Hawthorn and 41 games for Brisbane before hanging up his boots. 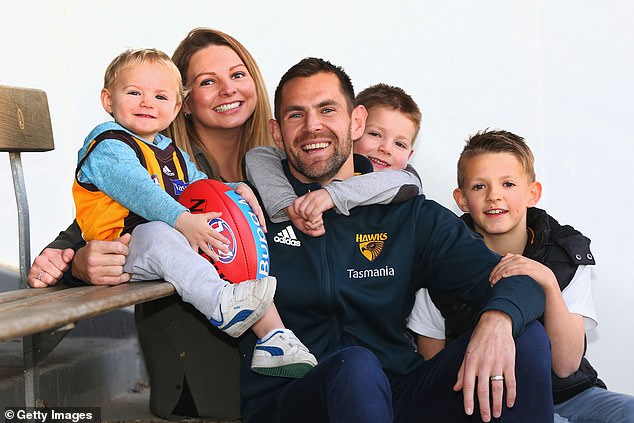 Hodge, who retired in 2019 after playing 346 games, joined the Seven commentary team for the 2020 season (pictured with his wife Lauren Hodges and their children)