There weren’t many happier sports fans than the Tigers faithful on Friday night following their comprehensive victory over Geelong Cats at the MCG.

But spare a thought for one unlucky Richmond supporter who was so engrossed in his side’s celebrations he managed to dislocate his shoulder.

Known only as Mick, the fan spoke with Triple M on Monday morning to share his tale of misfortune as his side scored a goal.

‘I wasn’t high-fiving, I threw my arm up in the air like one of those Rocky punches and it dislocated.

‘I came down and my wife said “are you alright?” and I said ‘I’ve dislocated my shoulder’.

But not letting the injury ruin his match day experience, Mick soldiered on and refused to leave the ground at the advice of paramedics.

‘We got down there and the bloke said ‘we’ll have to take you to hospital’. I said ‘why can’t you put it back in here?’ and he said ‘by law we’re not allowed to’

‘I said “well mate, either it goes in here or we’re going nowhere because I’m going back out there for the last”‘.

Mick’s decision to return to his seat was vindicated as his side ran home 91-40 victors in resounding fashion. 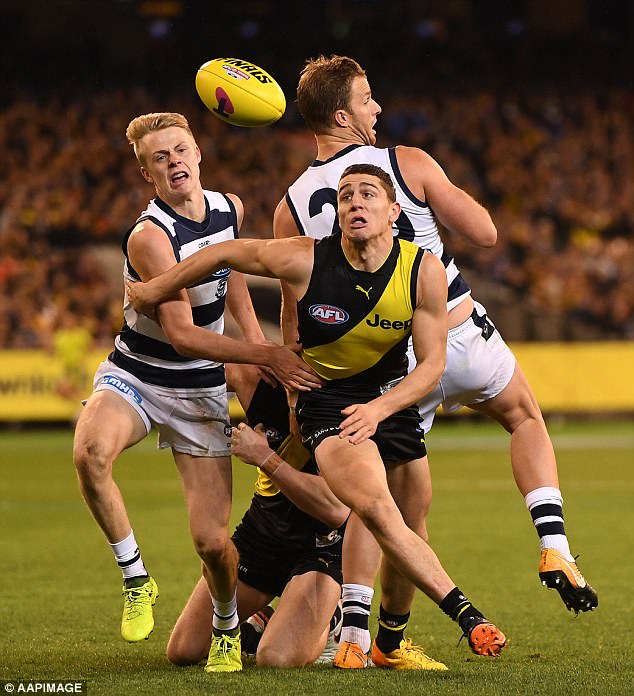