Saturday’s AFL premiership decider was one of the lowest-rating grand finals in history with almost a million fewer people tuning in compared to 2021 – reigniting calls for a permanent switch to a night game.

The footy game was the lowest rating decider since OzTAM began in 2001.

The figures are a huge blow to the game’s return to its traditional 2.30pm time slot after it was held at night for the previous two years due to Covid restrictions.

The Cats celebrate the 2022 AFL premiership after thrashing the Swans. TV ratings were awful compared to 2021 and 2020, when both grand finals kicked off in the evening on the east coast

Just over three million viewers tuned in last year when the action in the Melbourne vs Western Bulldogs clash kicked off at 7.15pm on the east coast.

An average of 2.979 million viewers watched the 2020 premiership decider between Richmond and Geelong, which began at 6.30pm eastern time.

And there were only 375,000 viewers for the match in Sydney, despite the Swans playing – compared to 414,000 for the Penrith vs Souths preliminary final later on Saturday night.

Channel 7 boss James Warburton has been pushing for a later start to the game, but said the station will always support the AFL’s decision on when to play, despite the shocking numbers for the Cats’ win.

‘The numbers and comparisons are clear for all to see to support a prime time AFL grand final,’ Warburton said. 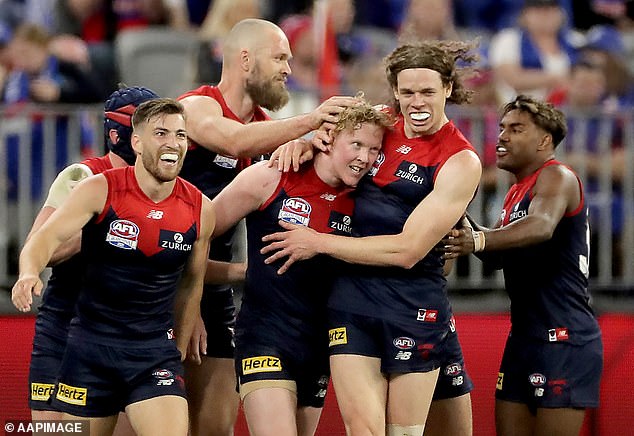 ‘It’s a national game and a twilight or prime-time bounce will maximise the audience for the code.’

Warburton’s preference for a later start to the grand final hasn’t been stipulated in the AFL’s latest TV rights deal, signed earlier this month.

‘At first blush the ratings for yesterday’s grand final are a bit of a disappointment – especially considering that Sydney has featured in some of the highest rating grand finals of all time,’ TV expert Colin Vickery told the Herald Sun. 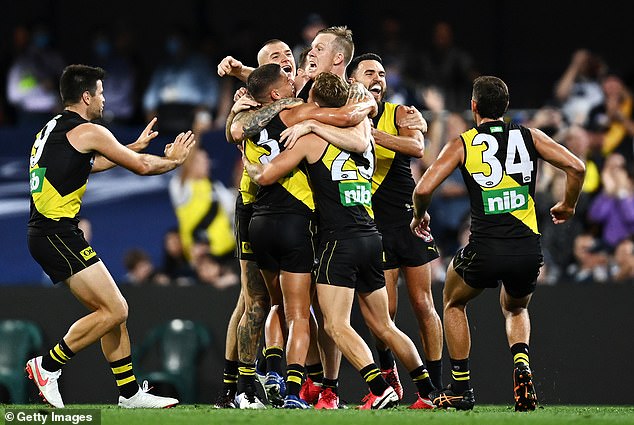 The 2020 AFL Grand Final between the Richmond Tigers and the Geelong Cats attracted 2.979 million viewers

‘There are likely a range of factors at play, including lockdowns last year leading to especially strong figures for the 2021 grand final (particularly in Melbourne), the fact that Victoria is in the midst of school holidays and a lot of families would be away overseas, the one-sided nature of the match (effectively over by quarter-time), and that there were no metro Melbourne teams involved.’

A shocking call by Seven’s streaming service 7 Plus did nothing to help the ratings, with many fans locked out of watching the game when they could only see the station’s Border Force show.

The switch away from the footy during the pre-game entertainment came despite Seven clearly stating on their 7Plus website that the grand final would be available on the streaming service.