Former Kangaroos premiership stars Wayne Carey and Anthony Stevens allegedly had a heated altercation at a Melbourne pub on Saturday, 20 years after falling out over Carey’s infamous affair with his teammate’s wife.

Carey’s affair with Stevens’ ex-wife Kelli stunned the footy world when they were caught in a toilet at a house party, leading to the two-time premiership captain leaving the club in disgrace.

The pair were at Yarraville’s Railway Hotel on Saturday night for a 1996 premiership reunion, when Carey ‘went at’ Stevens according to SEN’s Sam Edmunds.

Wayne Carey (left) and Anthony Stevens (right) leave the ground after a game in 1999, a year the side won a premiership

Time doesn’t appear to have healed old wounds, with the former teammates allegedly needing to be separated after Carey ‘went at’ Stevens.

Stevens is now a Kangaroos board member and president of the club’s past player association, and was a key driver behind organising the event.

It included an informal catch-up at the pub on Saturday night, before the premiership players took part in a motorcade and photo opportunity before the Kangaroos game on Sunday.

Witnesses alleged Carey accused Stevens of ‘talking behind his back and telling people he couldn’t be contacted and to not bother trying to catch up with him, but then being fine in-person’, according to SEN. 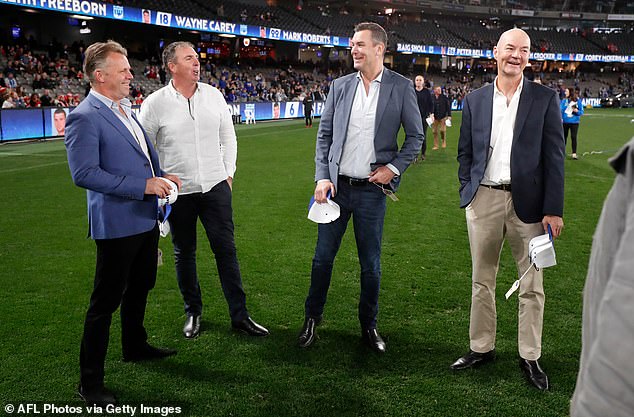 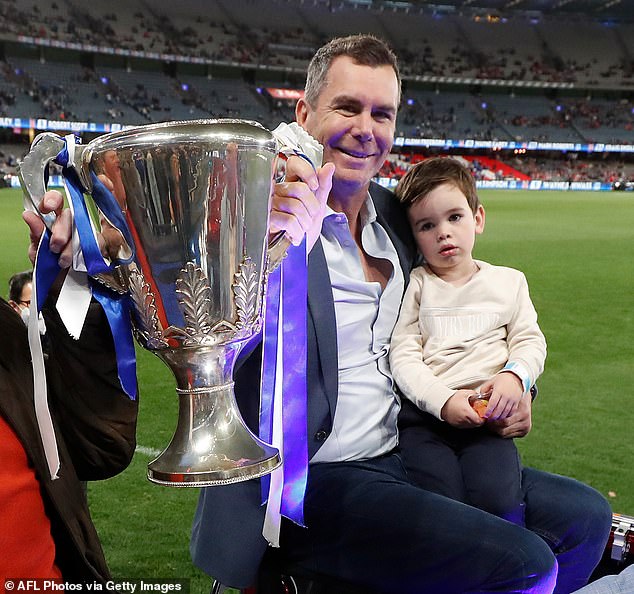 Stevens, despite his prominent position at the club, then didn’t attend the official celebrations the next day because he was too ‘shattered by the heated exchange’.

Carey’s affair with Kelli Stevens emerged in 2002, after an encounter at party hosted by club champion Glenn Archer attended by Kangaroos players.

Ms Stevens followed Carey into a bathroom to discuss their sordid relationship, which started weeks earlier.

Waybe and Carey played together for North Melbourne from 1989 to 2001 before the betrayal was uncovered. 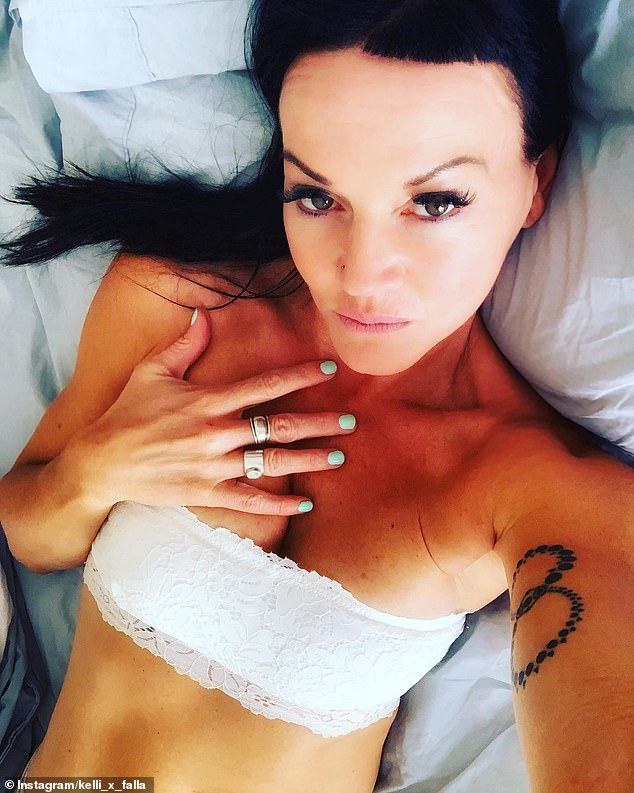 After leaving the club in disgrace, Carey joined the Adelaide Crows in 2003, and took the field against his former teammates in an fiery clash that saw him come face-to-face with Stevens.

In a twist, Stevens was named captain of the club following Carey’s departure. 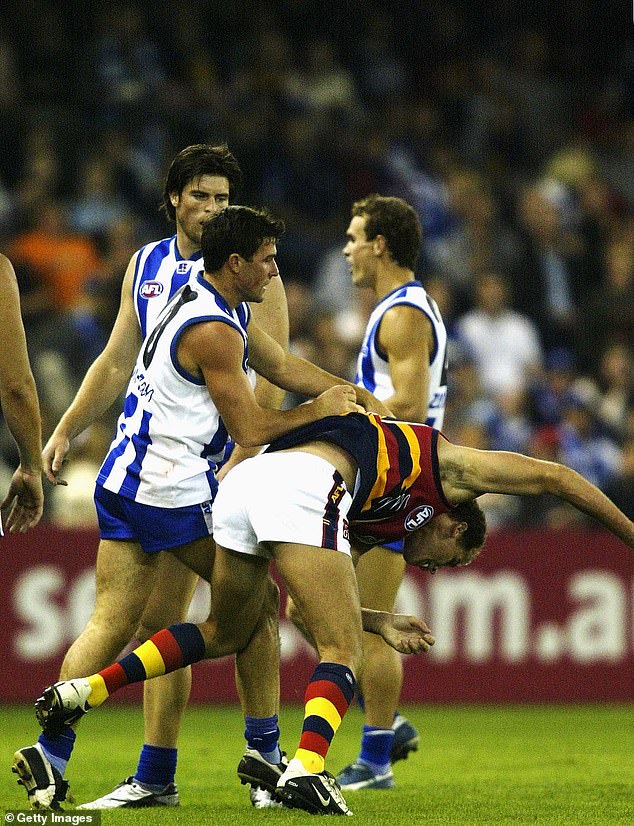 In an interview with veteran journalist Mike Sheahan on Fox Footy in 2015, Stevens said he told his ex-teammate to ‘stick it’ at the time, but was also disappointed in Carey’s behaviour following the betrayal.

‘It’s the one thing he has never done,’ Stevens said, when asked by Sheahan if Carey has apologised.

‘He has never actually gone out of his way to say sorry – for whatever reason.’ 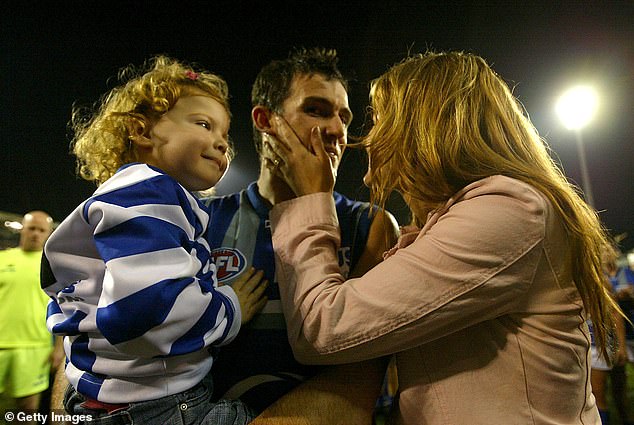 Carey rehashed the while appearing on SAS Australia earlier this year, telling Chief Instructor Ant Middleton that the affair was a huge moment in his life.

‘It’s haunted me for over 20 years. I was in self-destruction mode. You know, I guess my life started to unravel,’ he said under interrogation.