In a statement, the club said they were mourning the loss of the ‘courageous and brave’ midfielder who was loved by teammates and fans.

Richmond CEO Brendon Gale said: ‘We’re incredibly saddened by the news of Shane’s passing, he will be missed enormously by everyone.

‘We send our deepest condolences to Shane’s family and loved ones – his wife Kat, children Will and Ava, parents Michael and Fay, and the extended Tuck family.

‘Shane was a warrior on the field, giving everything to the team each week, and a humble, fun-loving person off the field.’

Richmond will wear black armbands during this weekend’s clash with GWS Giants to pay tribute to Tuck.

Shane’s father Michael is the Hawthorn Football Club record holder for the most senior games (426), most finals (39), most grand finals (11) and most premierships (7).

The club issued a statement about Tuck’s death on Monday. 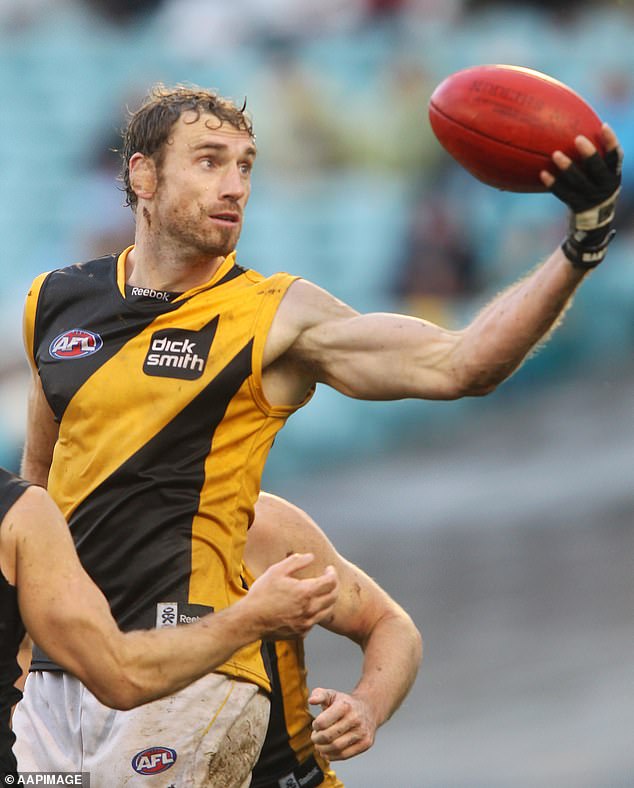 ‘On behalf of the Tuck family, the Hawthorn Football Club is deeply saddened to inform the football community of the passing of Shane Tuck,’ the statement read.

‘Shane passed away this morning at the age of 38.

‘Hawthorn Football Club and the entire football community extend their deepest condolences to the Tuck family and ask that their privacy is respected during this time.’