AFL star Jack Stevens is recovering in hospital after an assault on Saturday night.

The Geelong Cats released a statement on Sunday morning confirming the midfielder had been injured in an incident.

It has been reported the 30-year-old was stabbed in the chest.

‘The club is aware that Jack Steven was injured in an incident last night,’ the statement reads.

‘Jack is in hospital and recovering. The club’s concern is for Jack’s health and well being.

‘The matter has been referred to police and until their investigations are completed the club will not be in position to offer further comment.’

A Victoria police spokesperson confirmed to Daily Mail Australia a 30-year-old Lorne man was taken to a Melbourne hospital overnight with a non-life threatening injury. 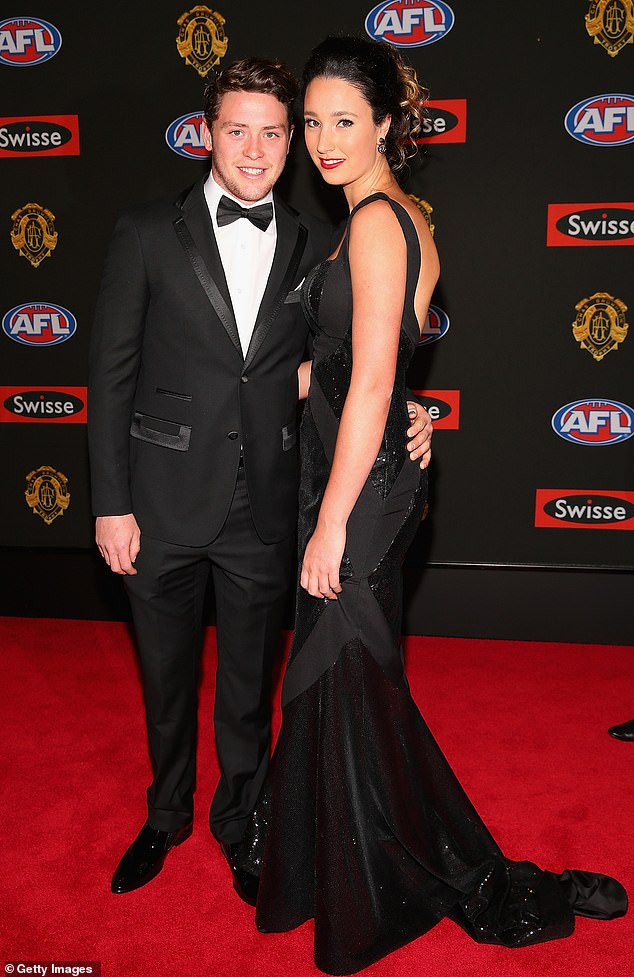 ‘Stonnington Crime Investigation Unit detectives are investigating after a 30-year-old Lorne man presented at a Melbourne hospital overnight with a non-life-threatening injury,’ they said in a release.

‘Detectives are investigating the circumstances surrounding the incident and hope to speak to the victim again later today.’

Steven moved to the Cats from St Kilda for the 2020 season to be closer to his family after suffering from mental health issues in 2019.