AFL stars donned face masks as they touched down in their new interstate quarantine hub.

The Geelong Cats and Collingwood Magpies flew from Sydney to Perth on Saturday as Victorian sports teams flee from the coronavirus infections raging in Melbourne.

Both teams will remain in the hub for the next three weeks to continue playing in this year’s AFL season. 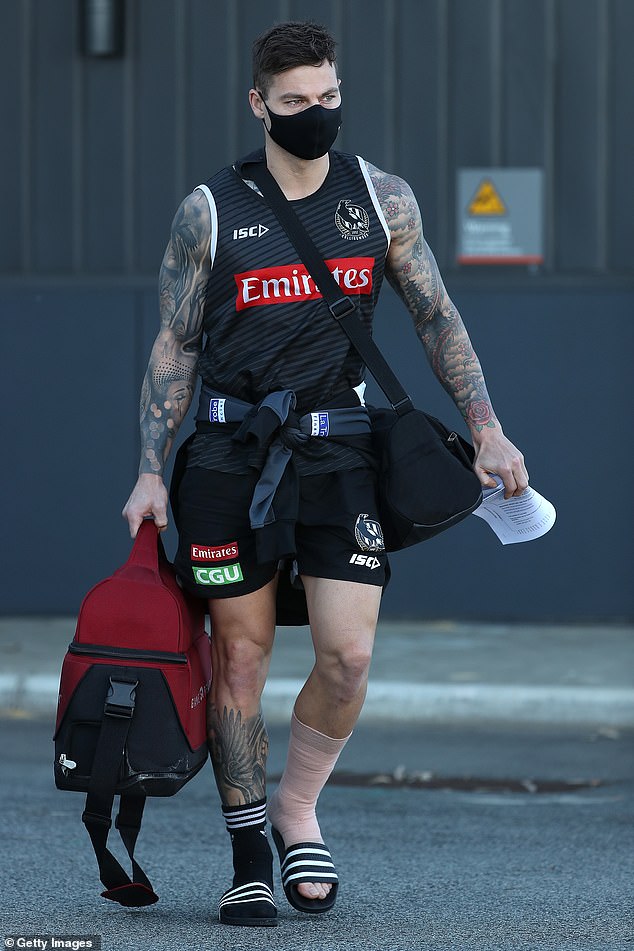 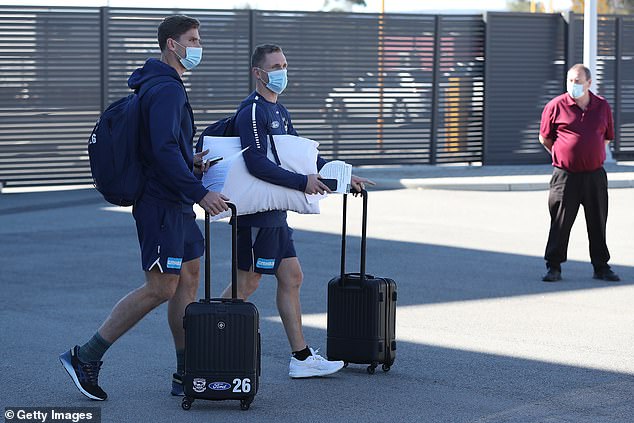 All Victorian AFL clubs will spend 32 days away as their state battles with the coronavirus. Pictured: Geelong stars Tom Hawkigs and Joel Selwood left Perth Airport together 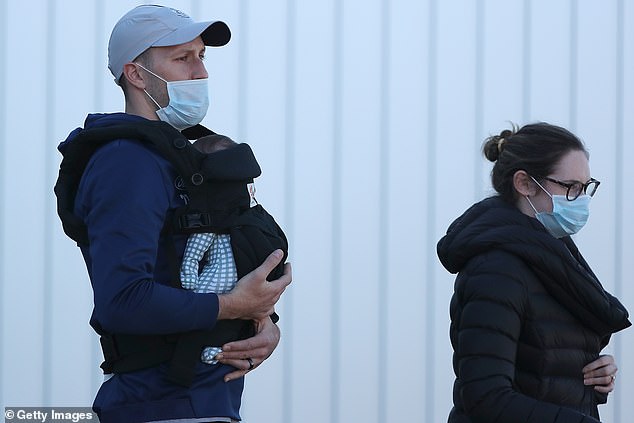 All ten Victorian AFL clubs have been forced to spend at least 32 days interstate as their home state battles a second wave of the virus.

The embattled state recorded 216 new infections on Saturday, bringing the total number of cases in Victoria to 1,249.

A number of players will spend weeks separated from their families but a host of stars couldn’t bear the thought of being apart from their young families.

Several players were also joined by their partners and children in the Perth quarantine hub.

Mayne cuddled and planted a kiss on his daughter’s head as she played with his face mask.

Head coach Nathan Buckley also arrived at the airport in a face mask and a Magpies jersey. 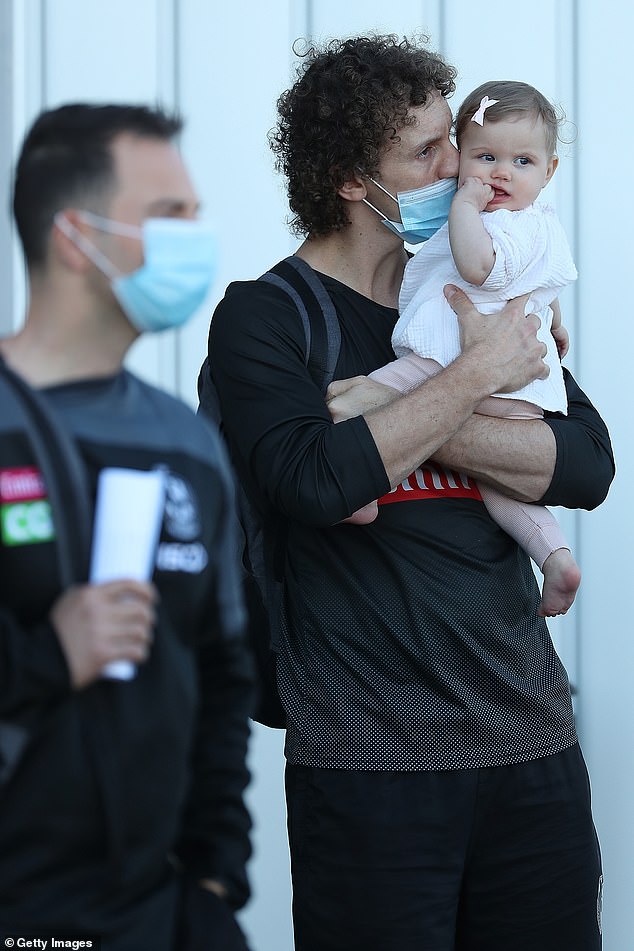 Pictured: Collingwood Magpies player Chris Mayne was captured spending time with his daughter Billi-Rose after the team touched down in Perth 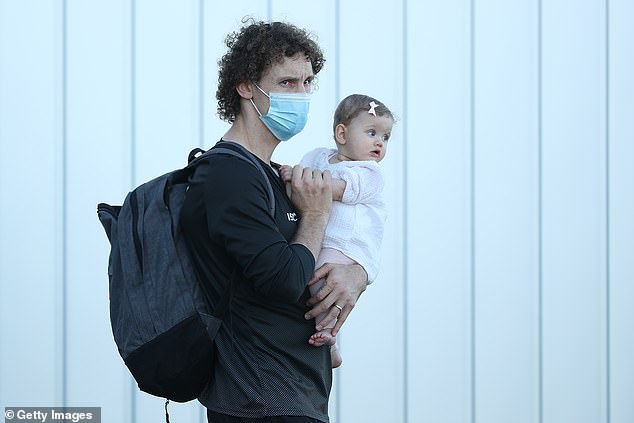 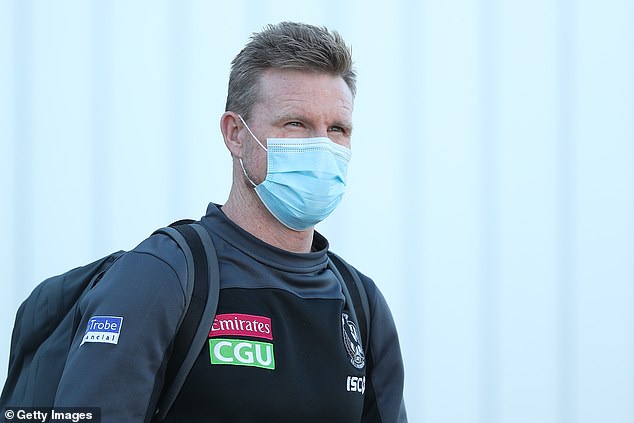 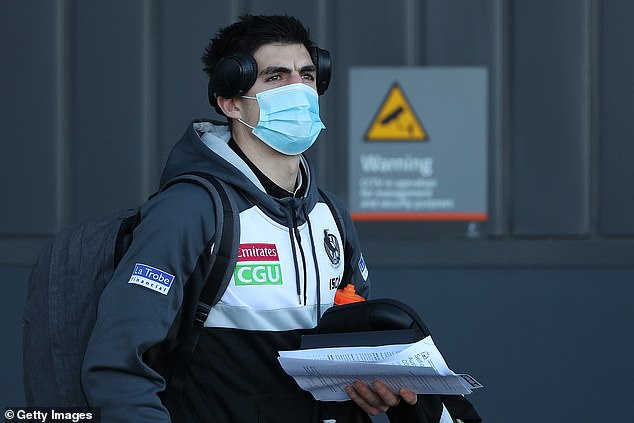 Collingwood were victorious against the Hawthorn Hawks in their latest game in Sydney on Thursday night. 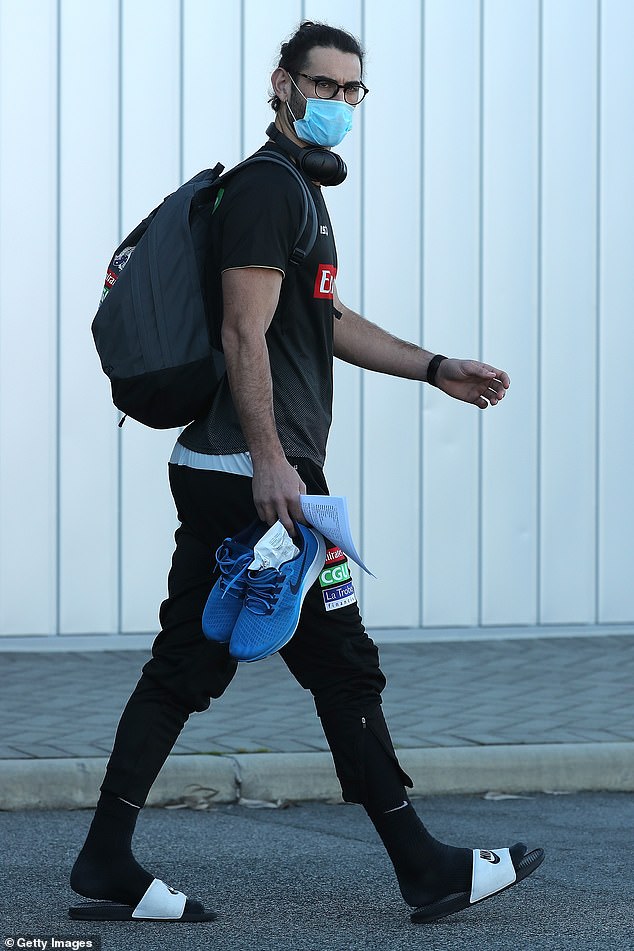 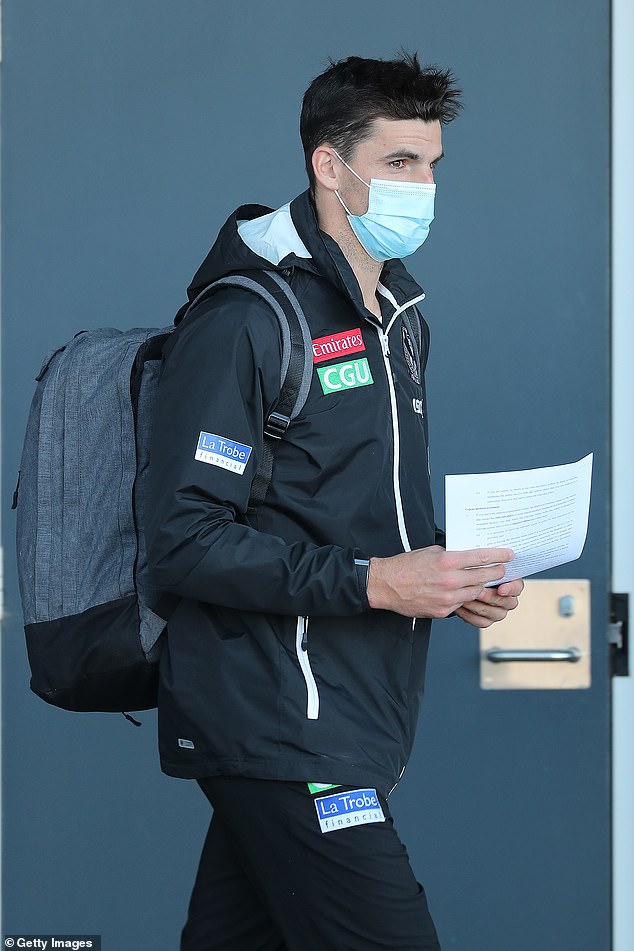 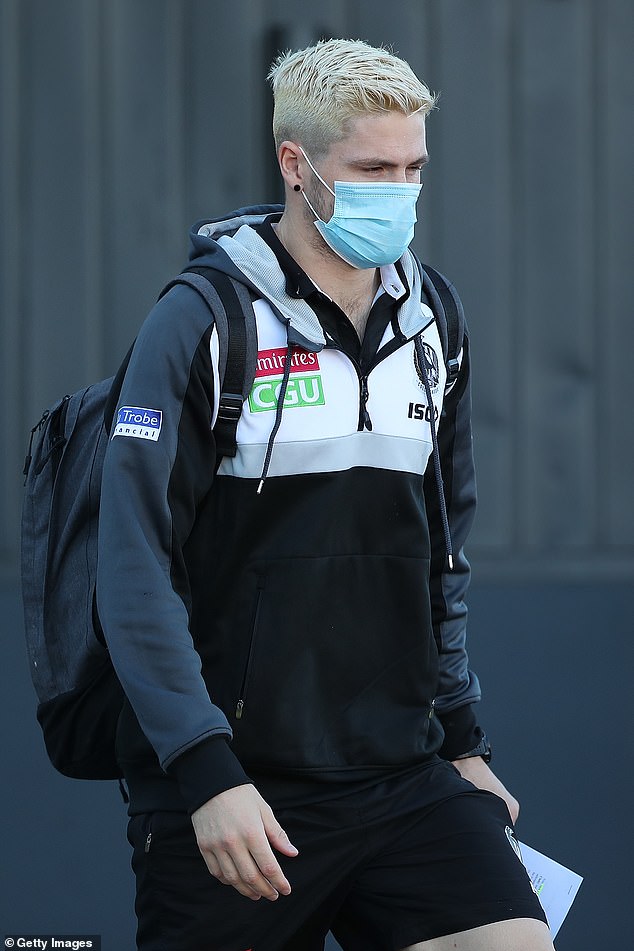 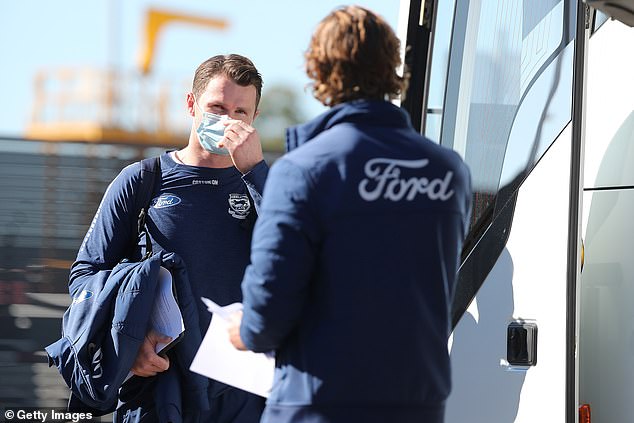 The Geelong Cats spent a week in Sydney before flying to Perth and beat the Brisbane Lions in their Thursday night game.

Sam Menegola was seen stepping out of Perth Airport wearing a face mask and carrying his baby. 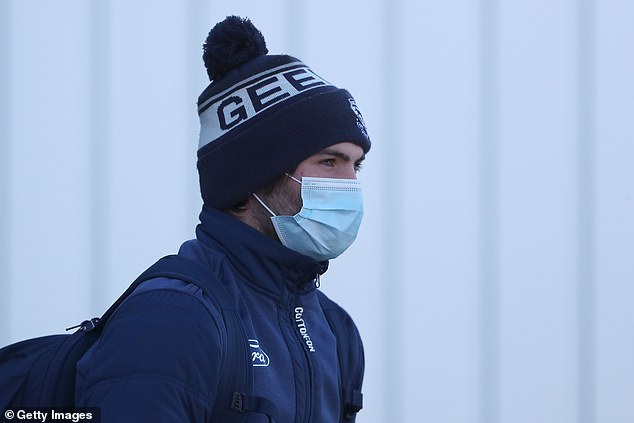 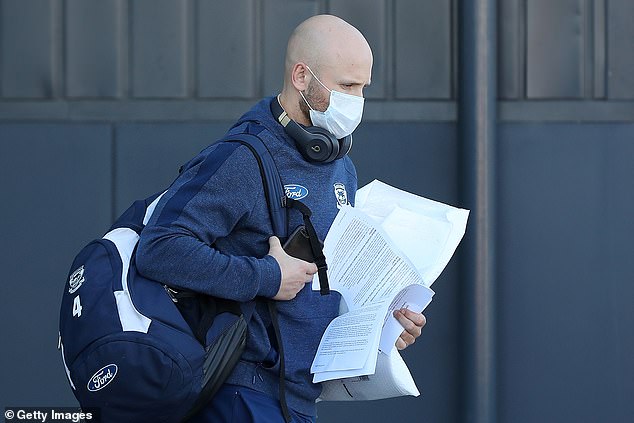 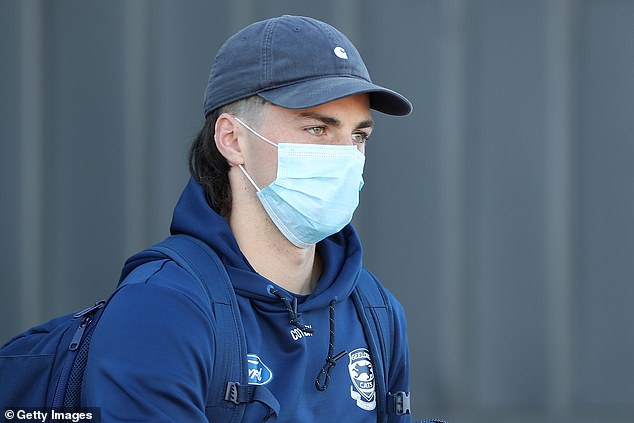 Geelong stars Tom Hawkigs and Joel Selwood left the airport together chatting and wheeling their suitcases.

Cats player Cameron Taheny arrived at Perth in a Geelong beanie as well as a face mask.

Most AFL teams escaped Melbourne on Monday and flew into Sydney and the Gold Coast.

The Hawthorn Hawks and Melbourne Demons are safe in Sydney while St Kilda and Carlton headed north to Noosa and the Gold Coast respectively. 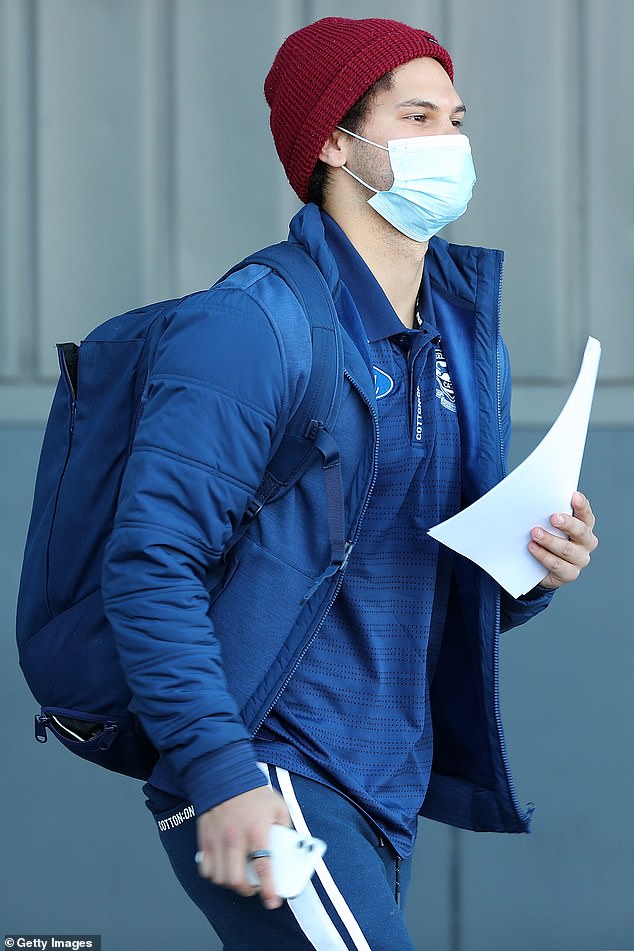 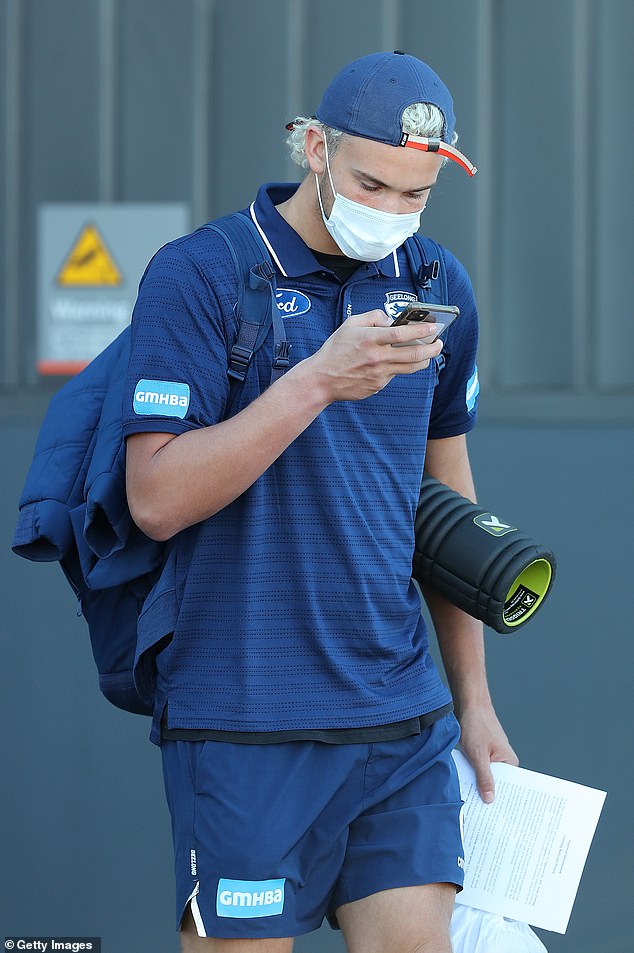 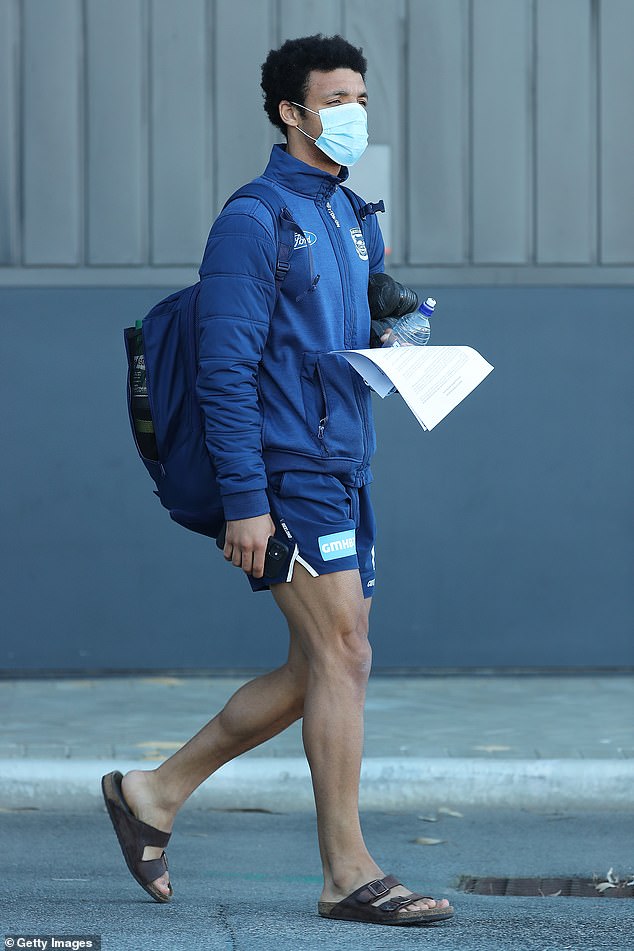 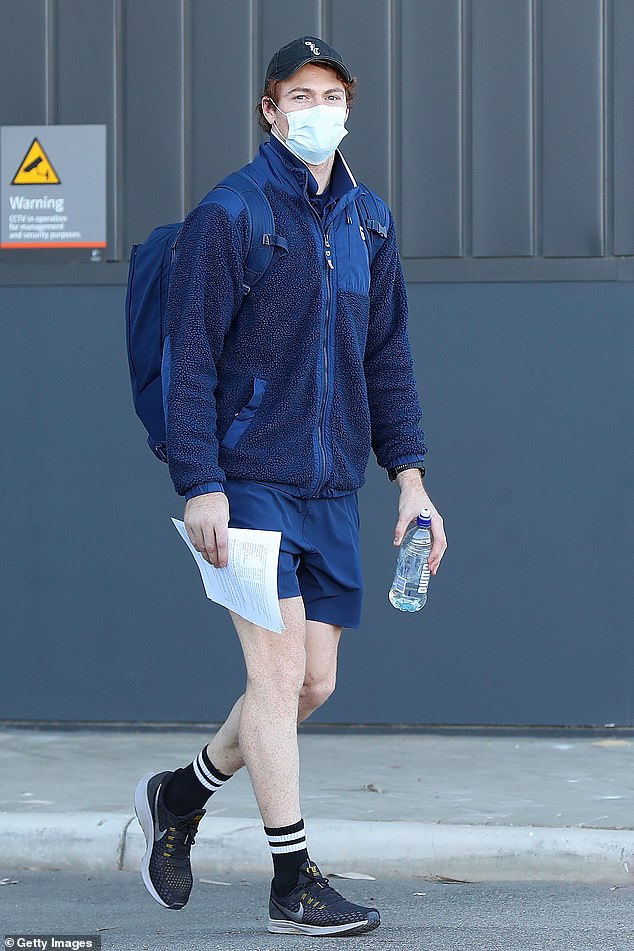 AFL chief executive Gillon McLachlan said the plan was for Victorian teams to return home after living away during a stretch of 45 games in 32 days, but that could change.

‘The Victorian clubs now temporarily moving interstate are playing their part in ensuring our season endures in a year that will continue to challenge us all.

‘We will reassess our options depending on the COVID-19 situation across the country.

‘Everyone has to shoulder the load and bear the pain … we will work to make sure that by the end of the year it is as equitable as it can be,’ he said. 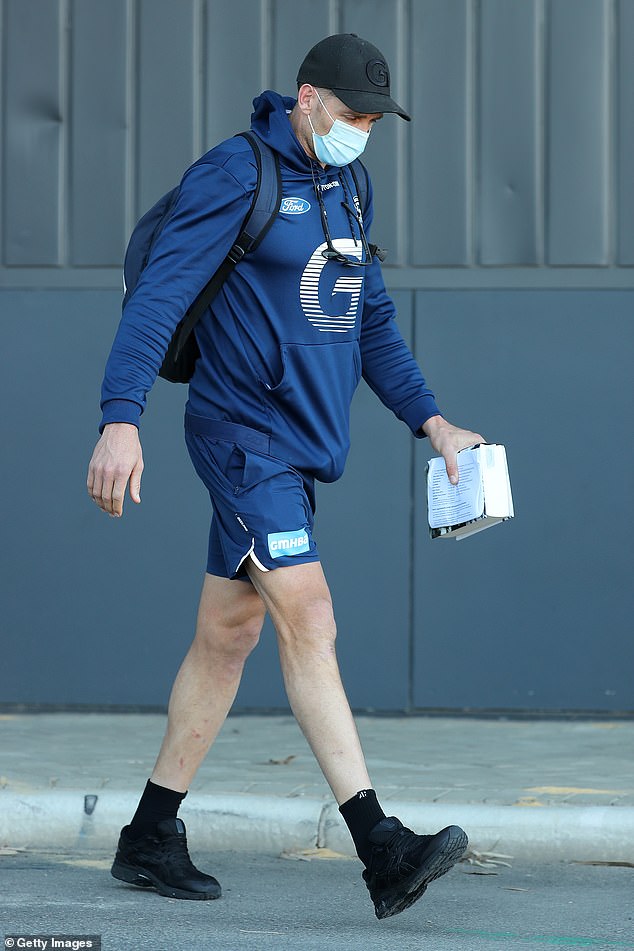