Dustin Martin has opened up about the challenges of staying fit during lockdown.

The 28-year-old Richmond Tigers superstar said he has been focusing on fine-tuning his mind and body during isolation.

And while he insists routine is important – having setup a home gym to keep in shape while away from training on the field – he said he has only picked up one new hobby.

‘If sleeping on the couch in the afternoon is a hobby, that is what I did,’ he told the Sunday Herald Sun. 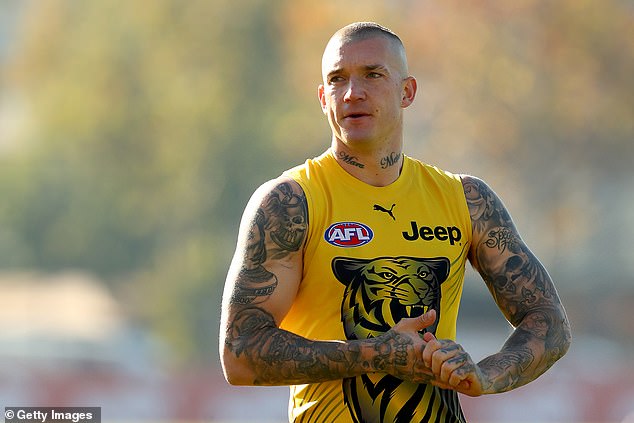 Martin at the Richmond Tigers AFL training session at Punt Road Oval on May 18, 2020 in Melbourne

In the two months the AFL has been on hold, Martin said he has actually quite enjoyed the time off to re-focus.

‘I know it has not been easy for a lot of people in the community, but I kind of enjoyed the time to just stop everything and take it easy,’ he said.

He has previously mentioned he is a fan of mindfulness and meditation but has been able to substitute some other habits in their place while there hasn’t been the pressure of playing top level fixtures week to week.

In addition to his afternoon naps, Martin has taken up going for daily walks to clear his mind – making sure to leave his phone behind and has been reading self help books.

However, it hasn’t been entirely been a holiday for the former Brownlow Medal winner.

‘I made sure I had a routine where I got up early and did all my training in the morning, that sets your day up… I find if you are on your own and doing your own thing you tend to push yourself a bit harder.’ 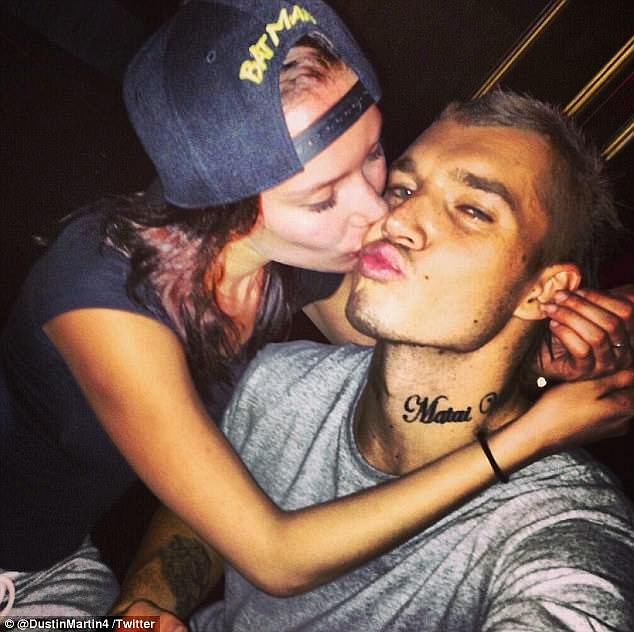 While he admits he has not been taking the on-field hits every week, he insists his body is ready for when the competition ramps up and is raring to get back out there.

Richmond are set to take on Collingwood on June 11 in the resumed 2020 AFL season.

‘It is going to be different playing in front of no crowds, but we are all competitive beasts so we want to win and want to continue to be the best we can be. I am sure every other side is the same and who knows hopefully in a few months we might have some crowds.’

Also a budding businessman, Martin has signed a new contract with Bonds and will on Monday launch his X-Temp X-Factor underwear campaign.

Bonds had temporarily closed its stores during the coronavirus lockdowns but the marketing promotion coincides with the re-opening of their stores nationally on Monday. 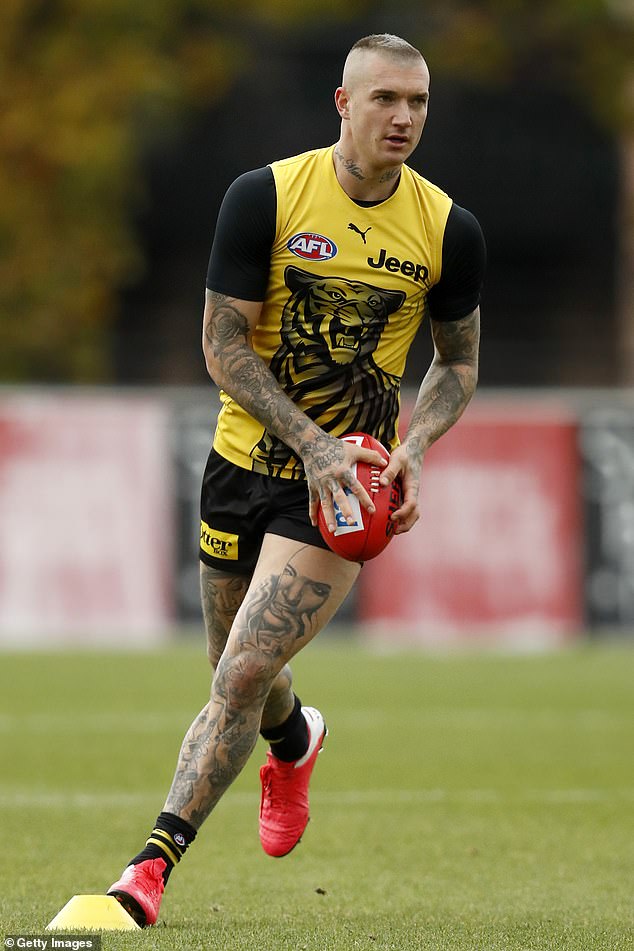