Embarrassing moment footy star’s boat sinks on a weekend fishing trip: ‘If you’re not sinking a boat you’re not having a crack’

An AFL footy star’s picturesque weekend trip out on the water has turned into an embarrassing nightmare after his boat sank and was hauled to shore.

Former West Coast Eagles player Mark LeCras had just taken his boat out for a spin when it suddenly began taking on water.

LeCras, 36, who resides in Western Australia and is a passionate angler, took photos of the sinking vessel and shared images of the gaffe to Instagram on Sunday. 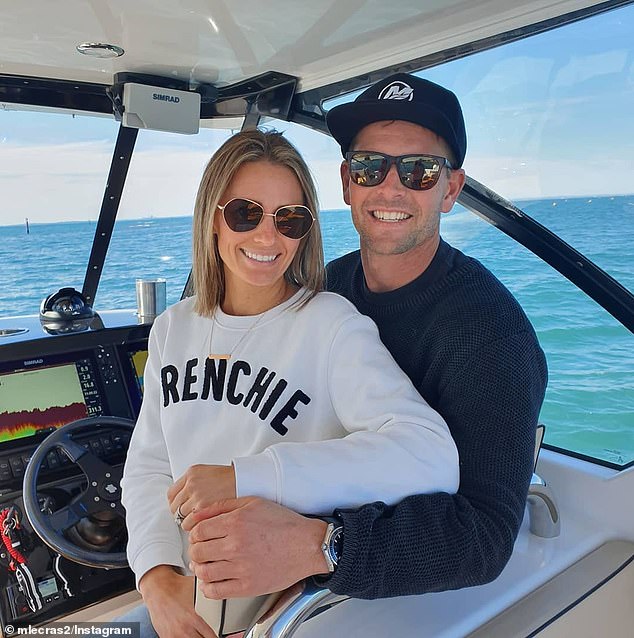 ‘For Sale: 1 lady owner just used in the bay to look at dolphin’s. Never done any hard miles,’ he joked in the caption of the post.

‘If ya (sic) not getting bogged or sinking a boat then your (sic) not having a crack.’

Friends and fans of the AFL premiership player also commented.

‘Keep it on the trailer,’ joked one user. 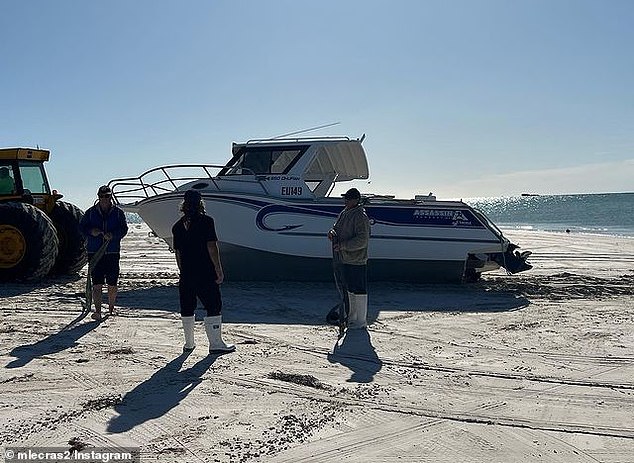 LeCras shared photos of the sinking boat to Instagram. The vessel was retrieved from the ocean and brought to shore 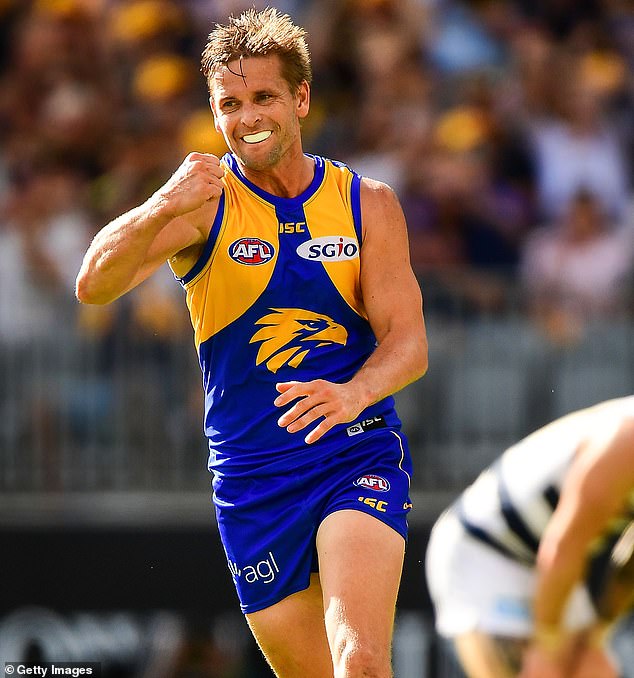 Another commented: ‘Far out! What happened? I guess that is one hell of a fish story’.

‘Must’ve brought the 2018 premiership trophy on board and got too heavy, unlucky mate,’ added a third.

The water levels almost reached the boat’s half cabin. It was eventually retrieved from the ocean and brought to shore.

LeCras played 219 games for the Eagles and kicked 441 goals during his footy career.

He was in the Eagle’s premiership team when they beat the Collingwood Magpies and won the flag in 2018. He retired from football after the win.