After 16 months of terror, 4,300 Afghans are STILL left praying for escape to UK

‘It has never been more dangerous for us’: After 16 months of terror, 4,300 Afghans who helped British troops are STILL left praying for escape to UK

By David Williams For Daily Mail

Thousands of Afghans who worked alongside British troops are still stranded in the country amid a terrifying Taliban crackdown 16 months after the Western troops left.

A wave of revenge killings and beatings under Afghanistan’s new hardline rulers has left dozens dead or injured.

However, they are unable to escape from the country, with many living in hiding, terrified they will be punished because of their work for the UK.

Ambassador’s guard pleads: Save my family 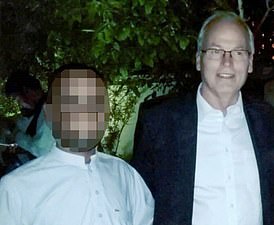 An Afghan who worked as a security guard at the British embassy in Kabul for nine years has described his long wait to be allowed into the UK as ‘agonising and cruel’.

Father-of-three Faiz, 34, said: ‘Every day we are here there is very real danger. We have been lucky so far to avoid being found by the Taliban but know that our luck will one day run out.’

The family had gone to Kabul airport in August 2021 after being told they qualified for relocation to the UK with hundreds of colleagues. But their dreams were dashed.

As they waited to enter the airport, news of a planned bombing emerged and they were ordered home. Hours later, a device killed more than 180 people. British forces left and Faiz expected he would be helped to escape – but he is still waiting. He sobbed as he said: ‘I have been left behind by the country I helped protect.

‘I was on the front gate at the embassy and my face is well-known to the Taliban, who would kill me if they found me so I live in hiding. I made many sacrifices for the British. Embassy staff are now safely in Britain but I remain in danger. I am angry and worried.’

More than 150 former translators for the British Army, who risked their lives during 20 years of conflict, are believed to be among them. Several claim to have been beaten and three tortured with electric probes.

Earlier this month the battered body of one former interpreter was dumped on the streets of Kandahar, where two ex-translators were murdered last year. Desperate Afghans have pleaded with Britain not to ‘leave them behind’.

In December alone more than 50 Afghans, who worked for the UK in roles ranging from interpreters to teachers and mechanics, have contacted the Daily Mail’s Betrayal of the Brave campaign asking for help in highlighting their cases.

Former interpreter Attal, 36, who is waiting for sanctuary, said: ‘It has never been more dangerous for those accused of working for the infidel because we know that if we are caught we will all be punished.

‘My home has been searched and ransacked by the Taliban, I live in hiding, moving from village to village waiting, hoping for good news about my case.

‘I am at risk only because of the years I worked with Britain when I took part in many dangerous patrols so my face and identity are well-known.

‘I feel that my life is in the hands of those in London who must decide my fate.’ He pleaded: ‘Please show compassion and give us hope – don’t leave us behind!’

Sumaya, 31, a former teacher with the British Council, has been told she qualifies to come to the UK but said there is currently little chance. She wept as she added: ‘The Taliban control the issue of documents. Their fighters control the roads. We know Britain has helped many Afghans and we are grateful but please don’t give up on those who served you. Get us out!’

A Government spokesman said: ‘The UK Government owes a debt of gratitude to those Afghan nationals who risked their lives to support the UK mission… Their safety and security, and that of their families, is a priority.

‘We have already relocated nearly 23,000 people, including over 12,000 via the Afghan Relocations and Assistance Policy, and we are working tirelessly to find those Afghan nationals remaining and relocate them to the UK where they can begin new lives.’ 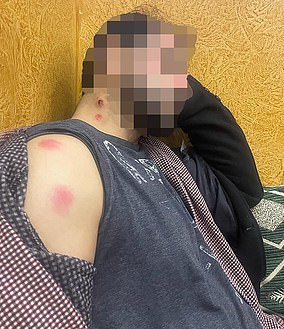 A former interpreter for UK Special Forces has told how he was tortured with electric shocks by the Taliban.

Wahid, 35, said he was accused of ‘spying for the infidel’. Now in hiding with his wife and four children, he said: ‘The Taliban searched my phone for evidence that I had worked for Britain.

‘They put a hood over my head, tortured me with electricity and beat me.’

He added: ‘I was only saved because of the intervention of local elders. This is the reality of being left behind.’