There wasn’t a dry eye in the house during Tuesday’s episode of America’s Got Talent after one teenager girl performed a stunning tribute to her ailing father.

Evie Clair, 13, from Florence, Arizona, brought the house down during the episode with a rendition of Christina Perri’s Arms, which she introduced with a tearful speech about her dad.

Taking to the stage, Evie’s appearance began lightheartedly, gaining a few laughs right off the bat with a few quips about how her tiny hometown is mostly made up of prisons and how the family have to travel huge distances just to get milk.

Showing her talent: Evie Clair, 13, from Florence, Arizona, wowed the judges with a touching tribute to her ailing father 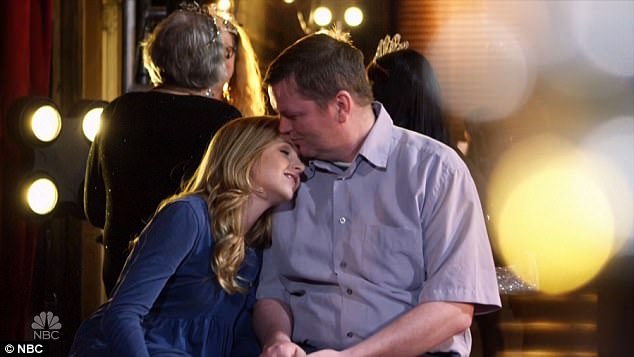 Lots of love: The teenager explained that her father was diagnosed with stage 4 colon cancer last year, and given just a five per cent chance of survival

But then when judge Simon Cowell asked the teen to explain what brought her in front of them that day, she began to struggle through her tears.

‘About a year ago, my dad was diagnosed with stage 4 colon cancer,’ she explained to Simon, Mel B, Heidi Klum and Howie Mandel.

‘They gave him a five per cent chance to live, and he continued working and supporting our family. So tonight I’m here to sing for him.’ 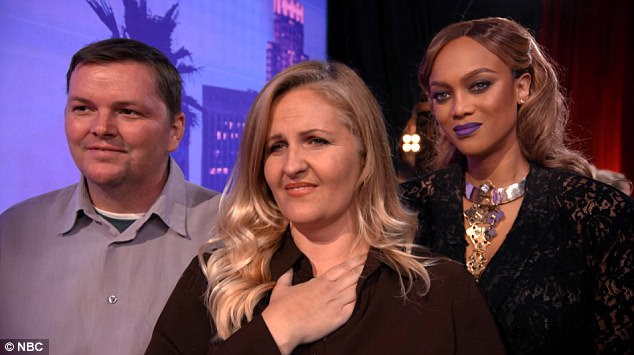 Touched: Evie’s parents looked on as she tearfully told the family’s story 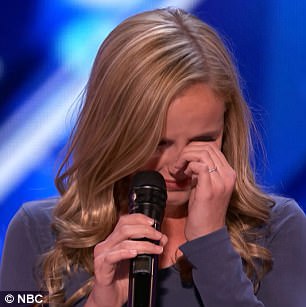 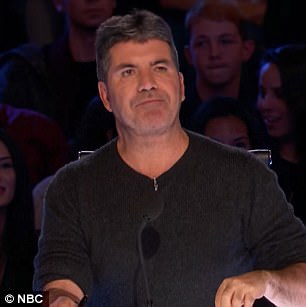 Breaking up: The young girl struggled through her tears to explain what the song means to her and her family to Simon

She added that the particular tune was one she had repeatedly sung to cheer up her father on his ‘rough days’.

The story left not only Evie’s parents backstage in tears, but also many members of the large audience.

Before launching into the tune, Simon praised her bravery and instructed the tearful teenager to perform the ‘best vocal you’ve ever, ever done.’

As she tried to collect herself, Evie was offered a glass of water by Tyra Banks before gesturing that she was ready to go. 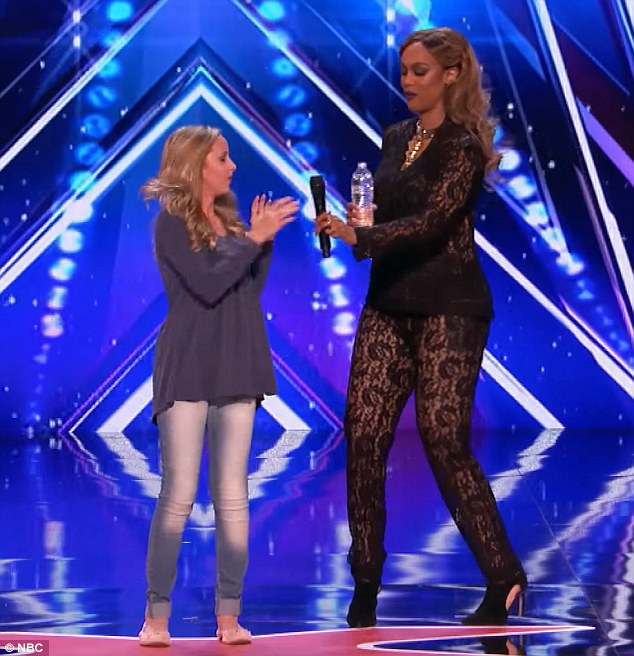 Helping out: As Evie struggled to keep going, Tyra Banks offered her a drink of water 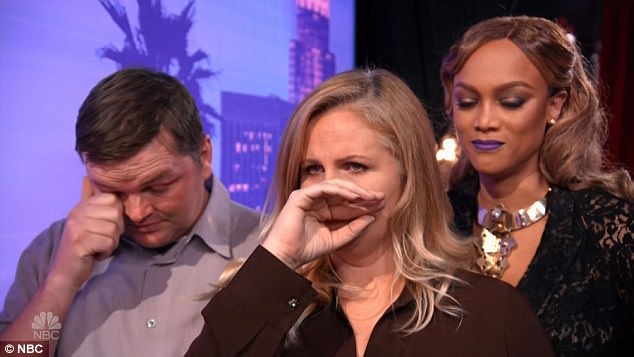 Simply moved: There wasn’t a dry eye in the house after Evie’s stunning performance 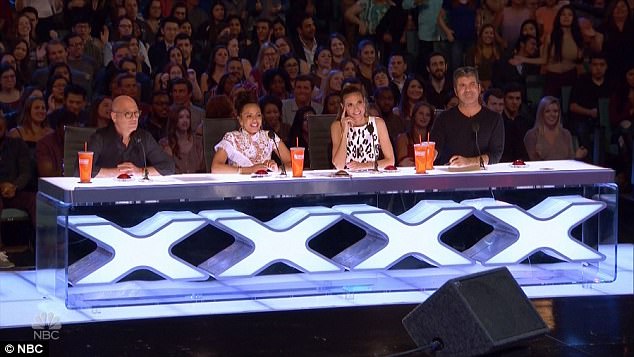 Next level: Simon told the teenager that she is ‘one of the ones we’re gonna remember’

The young lady didn’t disappoint, showing off a glowing vocal full of emotion as her ailing father watched backstage.

Following the performance, Evie received a standing ovation from both the judges and the audience.

‘I’m trying to put myself where your dad is. He must have thought: “I have one heck of a talented daughter,” because your voice is stunning,’ said Simon after hearing her sing. ‘You’re one of the ones we’re gonna remember.’

Christina Perri herself caught the performance and was appropriately wowed, taking to Twitter to write: ‘THIS IS SO BEAUTIFUL!’