Their contracts as America’s Got Talent judges were not renewed earlier this week.

A new report alleges that Gabrielle Union, 47, and Julianne Hough, 31, were let go after they had reported racist jokes and complained about a toxic work environment on the NBC reality competition.

The conflict reportedly began after Jay Leno made a guest appearance on the show with an offensive joke, according to Variety.

Suspicious circumstance: Gabrielle Union, 47, and Julianne Hough, 31, were let go from America’s Got Talent after they reported racist jokes and complained about a toxic work environment, according to Variety

The former Tonight Show host dropped by the Los Angeles-based taping as a guest judge.

During his appearance, Leno taped a short interstitial segment in North Hollywood to be used between performances with Union and Hough nearby.

The comedian did a possibly ad-libbed joke about a painting of executive producer Simon Cowell surrounded by his dogs, saying it looked like something one might see ‘on the menu at a Korean restaurant,’ according to four people who heard him.

One Asian staff member among the ‘very few’ Asian members of the crew and creative team was allegedly offended by the crack, which was viewed as perpetuating stereotypes about Asians as barbaric dog eaters.

The consumption of dog meat in South Korea and in other Asian natures has decreased in recent years, and younger citizens and animal rights activists have harshly condemned the practice. 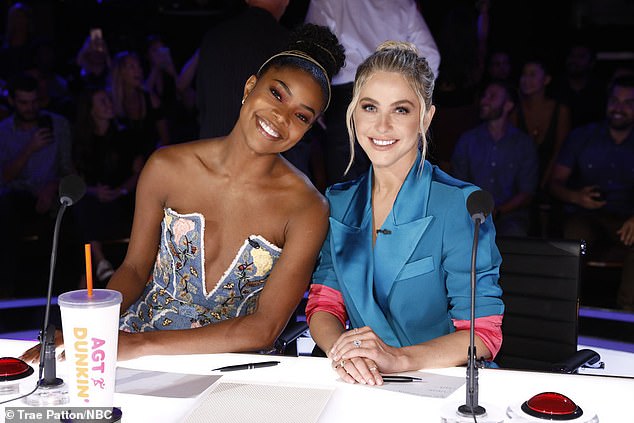 Offensive: The conflict began after guest judge made a racist joke about Asians eating dogs. Union urged the shows producers to report the incident to HR, but that step was never taken 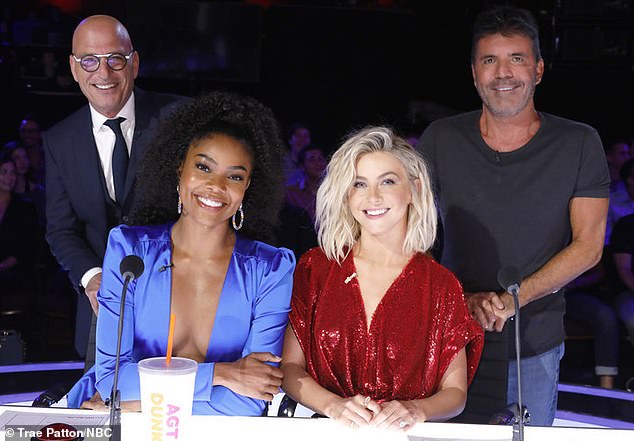 Minstrel routin: In an audition, a white contest impersonated Beyoncé and had their hands blackened. Union requested they be removed immediately, but producers allowed them to perform the minstrel routine in front of the audience before editing it

Despite having only come on board with the most recent 14th season, Gabrielle urged the show’s producers to report the incident to human resources in order to make it clear why the joke could offend the staff, live audience members and viewers at home.

Despite the discussion involving an NBC executive on set, the complaint never made its way to HR, and the offending joke was edited out of the broadcast on August 6.

‘America’s Got Talent has a long history of inclusivity and diversity in both our talent and the acts championed by the show,’ said NBC and the production company Fremantle in a joint statement. ‘The judging and host line-up has been regularly refreshed over the years and that is one of the reasons for AGT’s enduring popularity. NBC and the producers take any issues on set seriously.’

The conflict over the racist joke was just the most visible symptom of a toxic work culture. 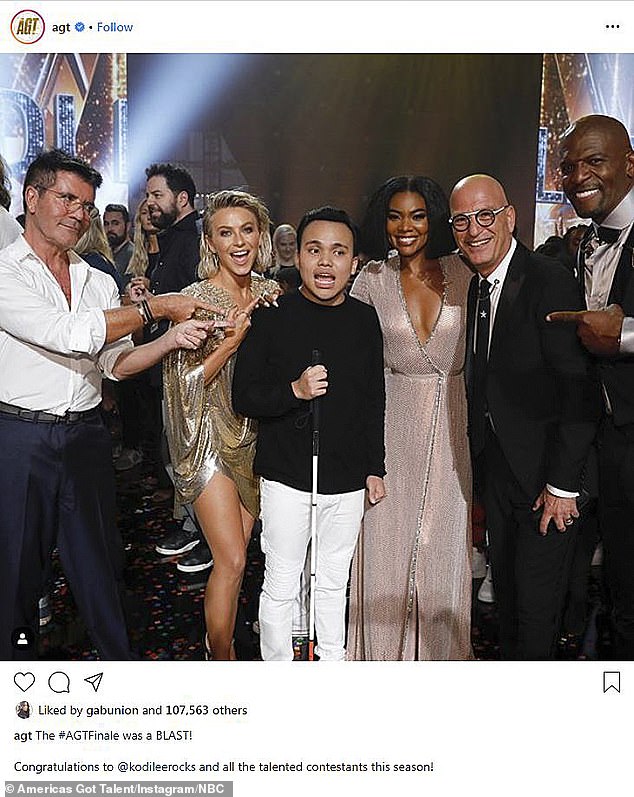 During one episode this season, a white contestant impersonated multiple celebrities while in a large garment, including Beyoncé.

In order to play the singer, his hands appeared to be black, according to sources at the audition.

Gabrielle immediately request that the contestant be removed for the invocation of black face and racial mimicry, though producers disagreed that the routine was offensive, though they said, ‘We’ll take it out later,’ in order to appease her.

She pushed further to prevent the contestant from doing the routine in front of the live audience, but the producers she complained to nevertheless allowed them to perform onstage, though the segment was cut from the broadcast.

The move to film the racist act gave producers the option to still air it, though they ultimately decided it was unwise. 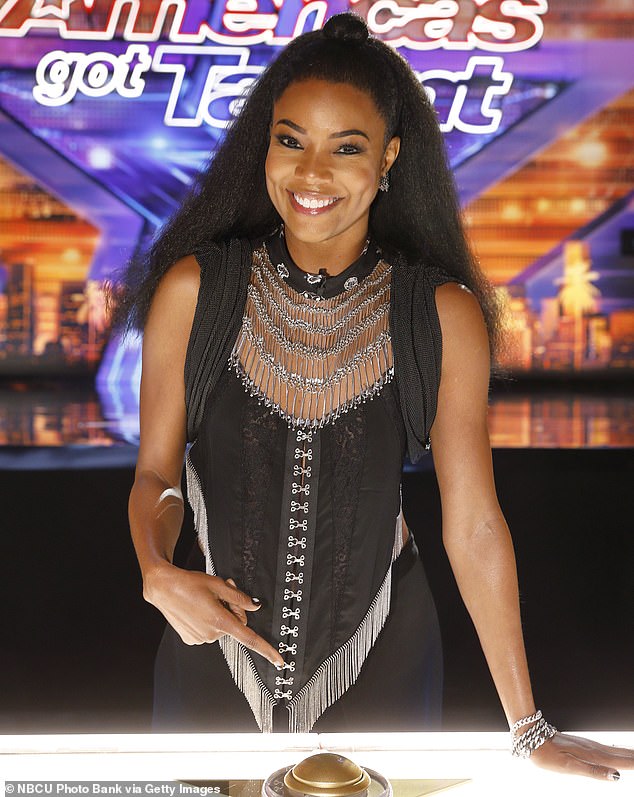 ‘Too black?’: Union received more than half a dozen notes criticizing her hairstyles as ‘too black’ for the show’s core audience, according to four sources with direct knowledge 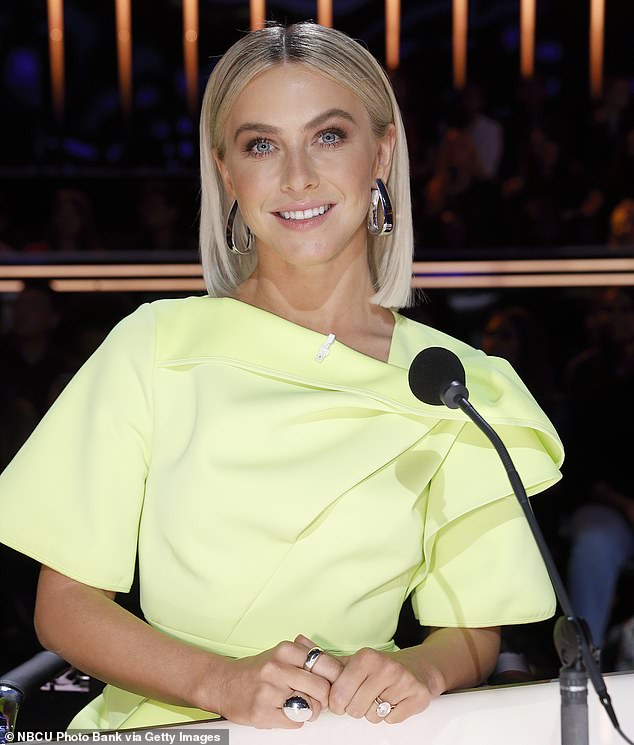 Conflicting statements: An NBC executive alleged that notes for Hough and Union were just about ‘hair continuity’ and not their hairstyles, but Julianne exclusively wore her hair in a bob on AGT, though she did alternate between straight and curly stylings

Union and Hough were criticized for their appearance considerably more than their male co-stars, including Cowell, Howie Mandel and host Terry Crews.

Though the two women often wore stylish and eye-catching ensembles on the program, Cowell was regularly featured in a T-shirt and jeans.

Two insiders claimed that Julianne in particular received excess criticism for her hair styles, makeup and wardrobe choice, all of which led to tensions on set and negatively affected her morale.

‘I had a wonderful time on America’s Got Talent,’ she said in a statement to Variety that denied these claims.

‘I loved working with the cast, crew and producers. I am happy to continue my working relationship with NBC. I’m looking forward to what the future holds,’ she said. 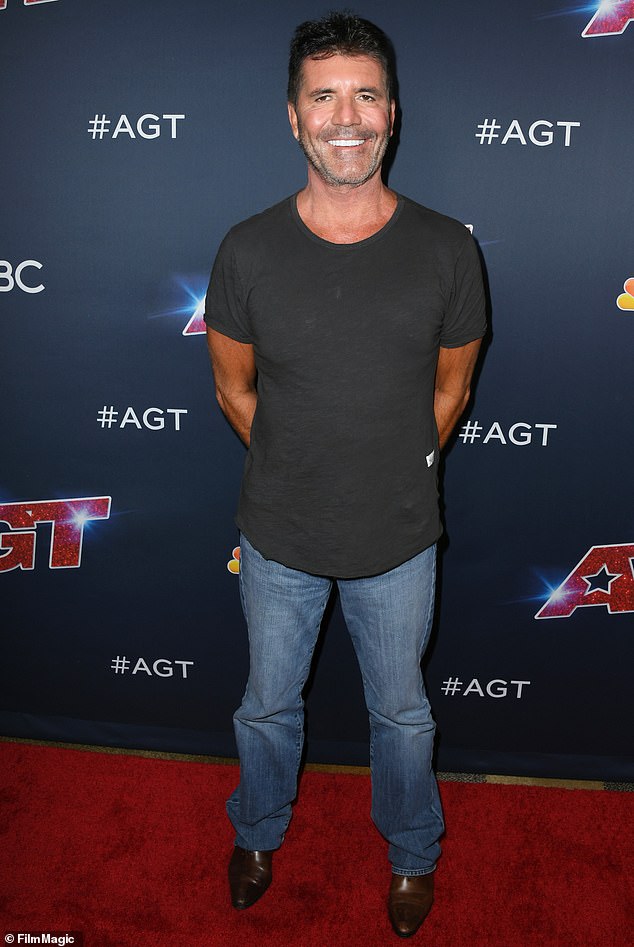 Striking difference: Union and Hough were often criticized for their appearances, yet Executive Producer and judge Simon Cowell often wore a plain T-shirt and jeans on camera

The Footloose actress will be filming the special Holidays With the Houghs for the network with her brother Derek, as well as Christmas in Rockefeller Center in December.

It’s common for film and television contracts to forbid talent from saying anything negative about their employers. There’s also precedent for judges on reality competition programs to come and go multiple times, as on the fellow NBC show The Voice.

Union received more than half a dozen notes criticizing her hairstyles as ‘too black’ for the show’s core audience, according to four sources with direct knowledge.

The L.A.’s Finest star often favored more natural styles for the show, rather than straightening her hair or wearing wigs with straight hair. 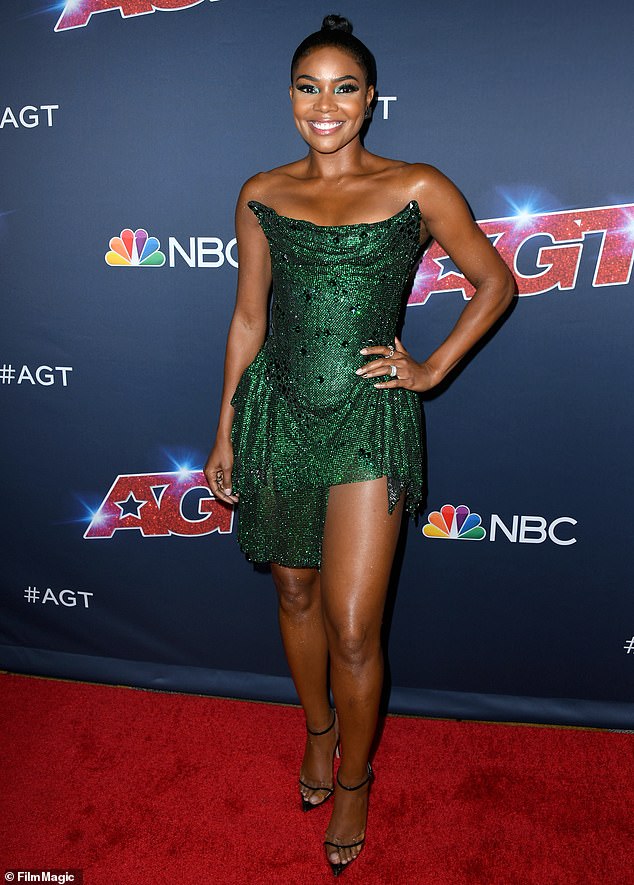 Natural ‘do: Gabrielle often favored more natural hairstyles on the show, rather than straightening her hair or wearing a straightened wig

A network insider rejected those claims, saying the notes were only about ‘hair continuity’ for both judges.

This isn’t the first high-profile departure amid accusations of racist behavior for America’s Got Talent.

Former host Nick Cannon resigned in 2017 with a furious Facebook post. He claimed NBC tried to retaliate against him after he made a joke in a Showtime stand-up special about not being able to say the N-word anymore because of the show’s supposedly clean image.

‘I was to be punished for a joke… My soul won’t allow me to be in business with corporations that attempt to frown on freedom of speech, censor artists, and question cultural choices,’ he wrote.

‘Not to get too detailed but this isn’t the first time executives have attempted to “put me in my place” for so-called unruly actions.’ 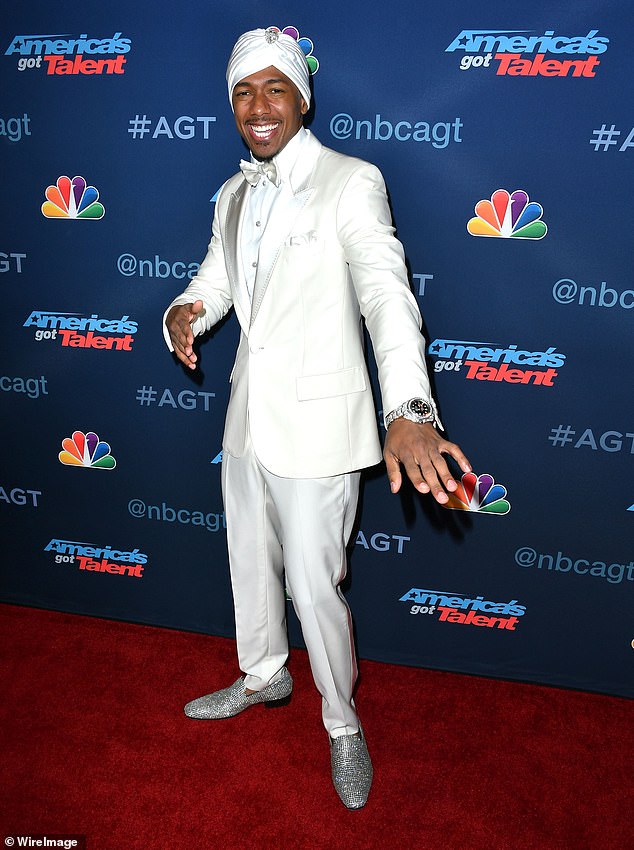 Forced out: Former host Nick Cannon resigned in a furious Facebook post in 2017, claiming that NBC tried to retaliate against him after he made a joke in a stand-up special about not being able to say the N-word because of the show’s squeaky-clean image

Both Gabrielle and Julianne had the option to return for an additional season on their current contracts, though the network opted not to bring them back, unlike all of the show’s male talent.

This season’s finale had significantly smaller viewership than the previous year, though it still came out on top in the coveted 18–49 demographic.

Another important metric is social media impressions, which doubled with the ouster of previous judges Heidi Klum and Mel B. of the Spice Girls.

In particularly, Union was responsible for around half of the show’s 25 million social media impressions, according to Nielsen Social, a compelling statistic suggesting she was the most popular judge on the show.

So far, Union has yet to speak out about her departure. 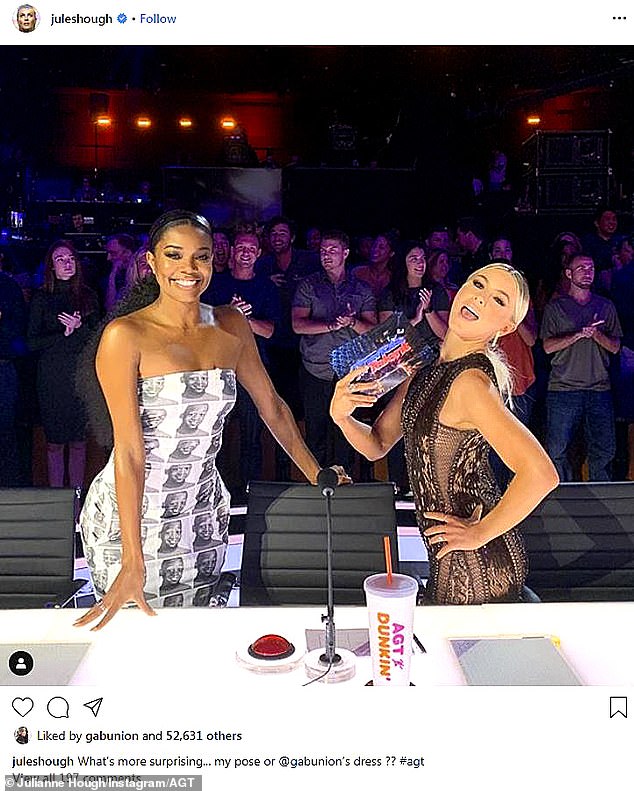 Doesn’t add up: Union and Hough’s sole season was the top performer in the coveted 18–49 demo. Social media impressions are an increasingly important marker of success, and Gabrielle was responsible for half of the shows 25 million impressions