‘Not married? Fall in love with someone who doesn’t have the right to stay here’: Aid group rescuing people in the Med appears to suggest supporters MARRY illegal immigrants

A German rescue agency has come under fire for appearing to suggest that people marry migrants to give them the right to live in Europe.

Dresden-based migrant relief organisation ‘Mission Lifeline’ posted a controversial tweet on Wednesday last week asking single people to partner up with those ‘who do not have the right to stay here’.

‘You’re not married yet? Maybe you could fall in love with someone who doesn’t have the right to stay here? Could happen, right? Stay open,’ the agency tweeted to its 19,000-strong following. 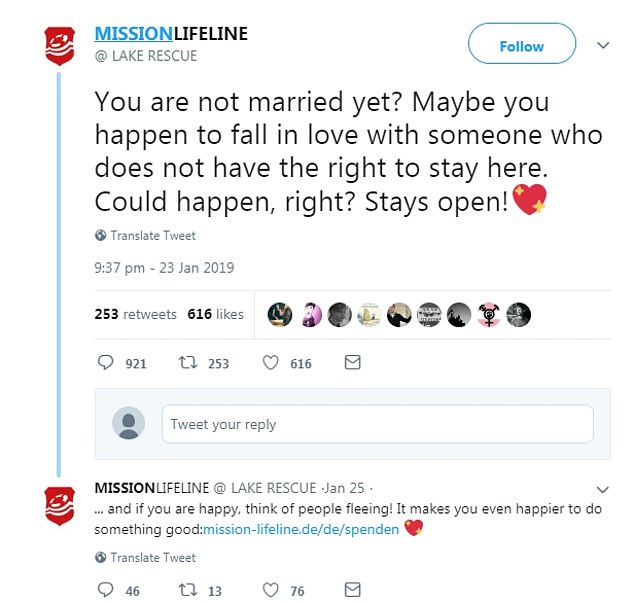 In a later tweet they added: ‘If you’re happy, think of people fleeing! It will make you even happier to do something good.’

‘This absurd call for entering marriages shows clearly that these “sea rescue” in fact pursue a much larger agenda,’ Amthor said.

‘They want to thwart our immigration law with their left-wing ideology and lead our constitutional state by the nose.’ 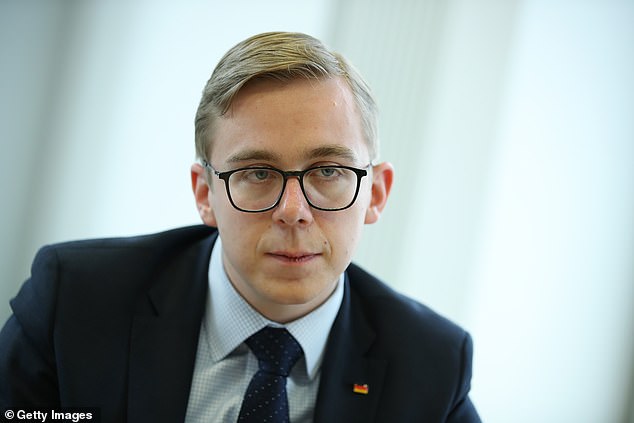 But the NGO’s co-founder rejected the idea that the tweet was about marriage, saying instead it encouraged people to ‘show love towards migrants’.

‘It was merely a call for donations for sea rescues.’ he said.

The charity, founded in 2016, has previously seen its ship ‘Lifeline’ rejected when it tried to enter an Italian port in 2018 carrying over 200 migrants.

Lifeline eventually had to wait six days before it was allowed to dock in Malta after international outcry over its treatment in Italy.=