An Air Force technical sergeant has been removed from her supervisor position after she recorded herself going on a rant last week that many interpreted as racist.

Geraldine Lovely, 30, who works at the fitness center at Nellis Air Force Base in Nevada, took to Facebook Live Friday morning to vent about some of her black female subordinates.

In the profanity-laced video, Lovely complained that her black female subordinates are ‘constantly having an attitude’ and show her ‘no f****** respect’. 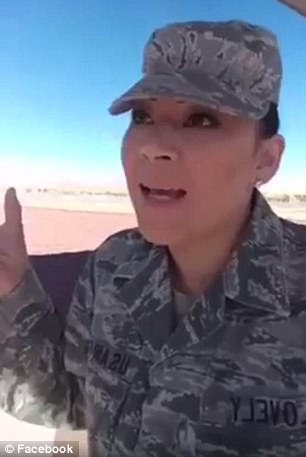 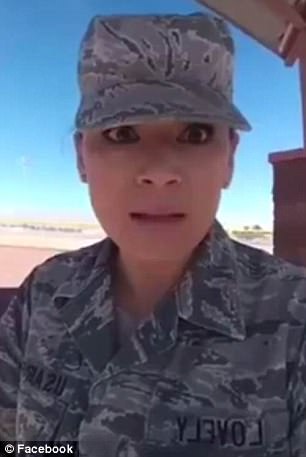 In the profanity-laced tirade, Lovely said that her black female subordinates are ‘constantly having an attitude’ and show her ‘no f****** respect’

The minute-and-a-half-long video was posted on a private page called the Nellis Burn Book. But Lovely soon took it down when others started calling Lovely’s tirade racist.

‘It’s not an issue of race. You don’t know how to effectively interact, lead or build a positive relationship with your suborindates,’ a Facebook user named Michael Griffin wrote. After the video was posted, leadership at Nellis Air Force Base in Nevada said that they have removed Lovely from her supervisor position as they investigate the matter 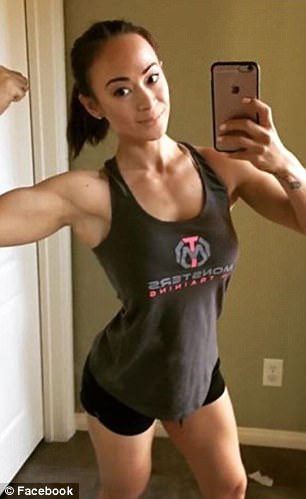 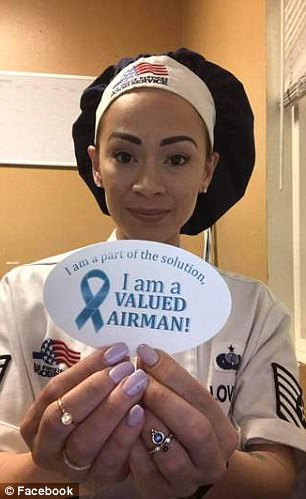 Lovely works at the base’s fitness center. Her Instagram profile says she’s a mother of two

Another technical sergeant named Johnny Frink wrote: ‘This is bullsh**. Be an NCO. A REAL NCO wouldn’t see colors other than CAMO and would utilize every avenue to address the issue from the bottom up. Grow up, and lead the way we were all trained.’

According to screenshots viewed by Military.com, Lovely commented on the Nellis Burn Book page after the video started circulating online, writing ‘Thank you for ruining my career’.

In a separate comment on the Air Force Amn/nco/snco, Lovely wrote: ‘Are you kidding me? How dare you post this when the issue was settled and I apologized that I worded my rant inappropriate without thinking.’

Before it was taken down, the video was downloaded by member of the group who posted it to a public  page associated with the base,  Air Force Amn/nco/snco, where it has now been viewed more than a million times. 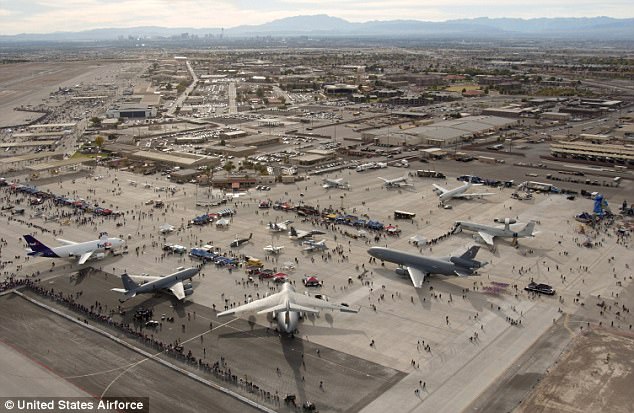 Nellis Air Force Base in Nevada, where Lovely works, is pictured above

Leadership at the base viewed the video, and removed Lovely from her supervisor position Monday while they investigate the matter.

‘TSgt Geraldine Lovely, a member of the 99th Force Support Squadron, has been removed from her supervisory role while leadership continue to gather facts regarding this incident.

‘Leadership are exploring disciplinary actions and are checking to see if this is a broader issue on the base.

‘While the actions of this individual are inappropriate and unacceptable, we are using this unfortunate situation to continue a dialogue with our Airmen about the topic of good order and discipline, as well as adherence to the Air Force Core Values,’ the base said in a statement.

Lovely has refused to comment to several outlets. DailyMail.com reached out to her on Tuesday, but has not received a response.

She has since set her Facebook and Instagram accounts to private. However, her Instagram biography is still public and shows that she is an ‘active duty mom of two’.

WHAT TSGT GERALDINE LOVELY SAID IN HER ‘RACIST’ TIRADE

NOTE: Below is a partial transcript of what Geraldine Lovely said in her controversial Facebook Live video. The transcript is partial because the original video was taken down, and the copy of the video is missing the very beginning and ending of the tirade.

‘…F****** issues with my airmen and my NCOs that are lower ranking than me but they’re black females. And it pisses me the f*** off that they have no f****** respect and constantly having an attitude. And what the f*** is up with that?

‘Like, I’m trying my best to hold my professionalism with them but good God they have no f****** respect whatsoever. Every time I talk to them it’s “no ma’am” – it’s like they’re talking down to me.

‘Why is that? Why is it that every time I encounter my subordinates that are black females they have a giant f****** attitude?