New York police are investigating a triple homicide after a mother and her two children were found dead in room at their burning Staten Island home on Saturday morning, just hours after her husband almost tried to take his life.

Reports claimed the two-and-three-year-olds were drowned. The boy and girl were found face down on the bed, Pix11 reported.

It was not revealed how the female appeared to have died but it has been reported she had severe injuries to her head and face.

The 36-year-old woman is believed to be a member of the US Air Force based in Fort Hamilton, Brooklyn. 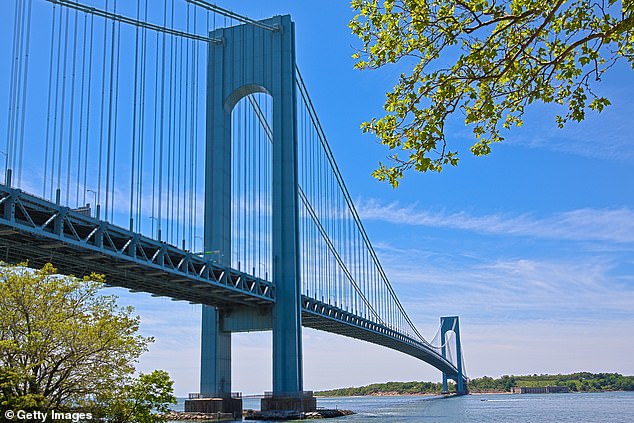 Her husband was discovered about to jump off the Verrazzano Bridge at 7.45am this morning

Her husband of the same age and profession was discovered three hours earlier on the Brooklyn side of Verrazzano-Narrows Bridge.

An onlooker called emergency services when they spotted the man – believed to be the children’s father – walking on the Brooklyn Queens Expressway at 7.45am.

He was taken to hospital for a medical evaluation.

Then two miles away from where he was found aimlessly wandering, a colleague of the unidentified deceased woman arrived at her property on Pallisade Street in Arrochar and noticed a small fire on the second story of the brick house.

The door of the home, just off the dead end block of Lilly Pond Avenue, was wide open around 10.30am and the home was filled with smoke according to the witness.

Police arrived before firefighters responded to the 911 call and then extinguished the flames. 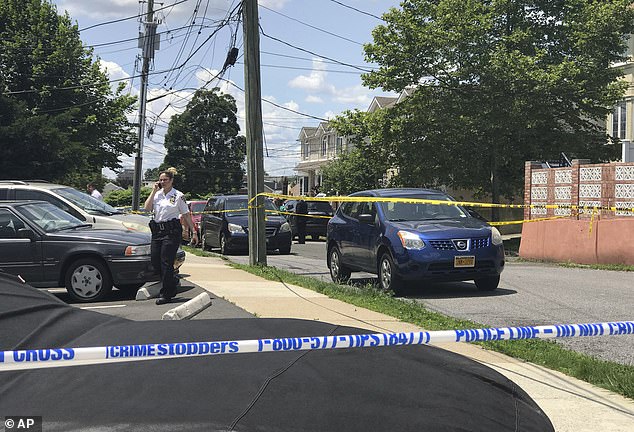 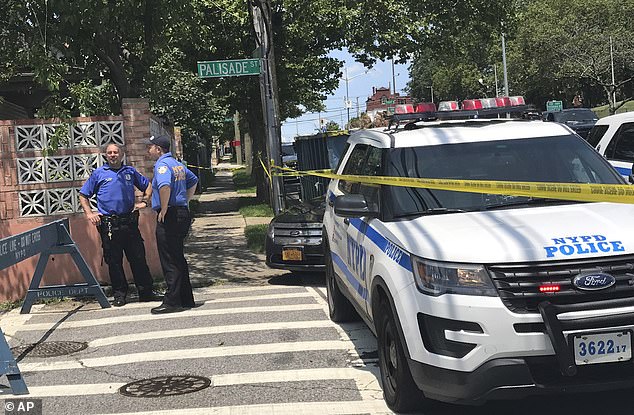 Law enforcement said they are not looking for any suspects and currently have one in custody.

The police chief said they had responded to one incident at the home prior to the murder case.

A medical examiner is determining the cause of death for each victim.

No arrests or charges have been made but the husband was in custody Saturday.

The US military has joined the investigation and personnel were at the scene. 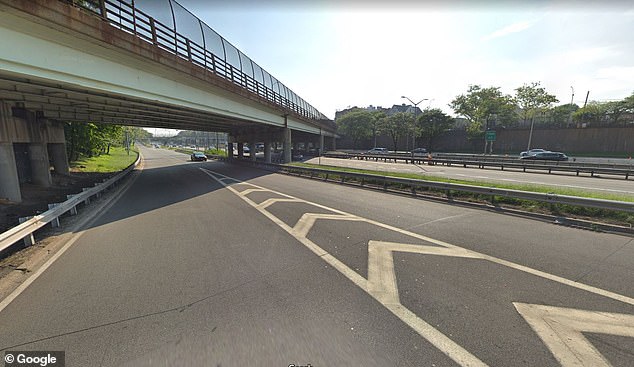 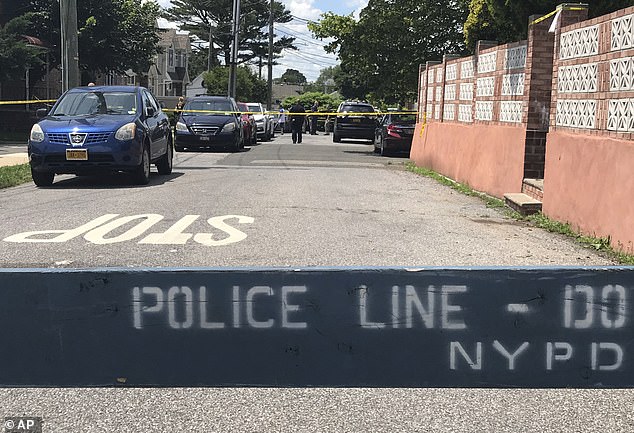 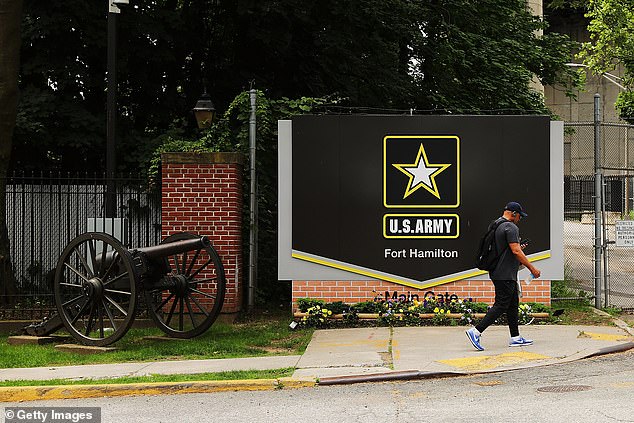 The parents were both US Air Force members based in Fort Hamilton, Brooklyn, New York