Air passengers clash with police in a Japanese airport

A group of Chinese airline passengers waiting to board their plane at a Japanese airport clashed with the police on Wednesday after realising their plane had been cancelled.

The passengers, 175 in total, claimed that they had not been informed of the cancellation by budget airline Jetstar Japan.

It was later revealed that the announcement was only made in Japanese while the majority of the passengers on the plane, bound for Shanghai, only spoke Chinese.

The passengers also claimed that the airline refused to provide food and overnight accommodation, leaving them stranded at Narita International Airport near Tokyo. 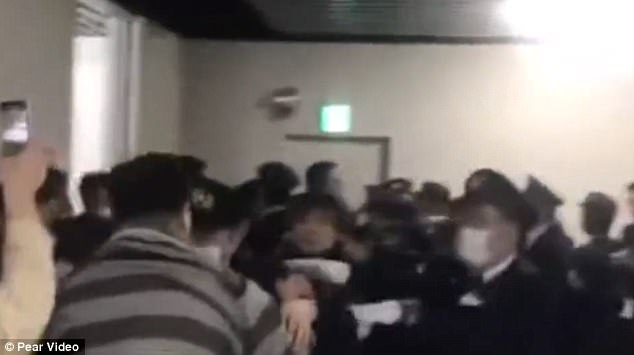 The incident occurred when 175 Chinese passengers were expecting to board Jetstar Japan’s flight number GK35, scheduled to fly to Shanghai at 10:15pm.

The plane had to be cancelled due to snowy weather in Shanghai, said Jetstar Japan, a budge airline company.

Apparently, the Chinese passengers only realised they wouldn’t be able to fly that night when workers at the airport asked them to leave.

When the passengers requested the carrier to arrange accommodation and food for them because it was nearly midnight hours, the airline allegedly turned down the request, leaving the group stranded in the airport, according to a post on Tokyo New Youth, circulating on the Chinese social media. 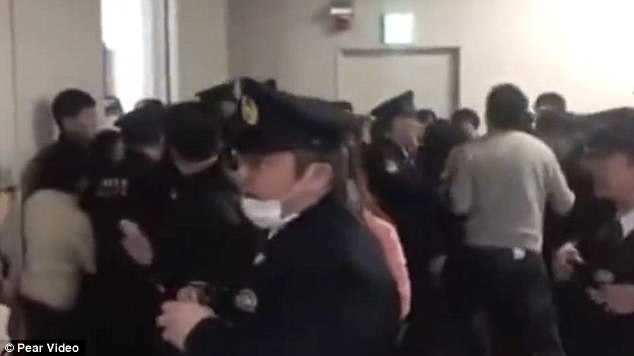 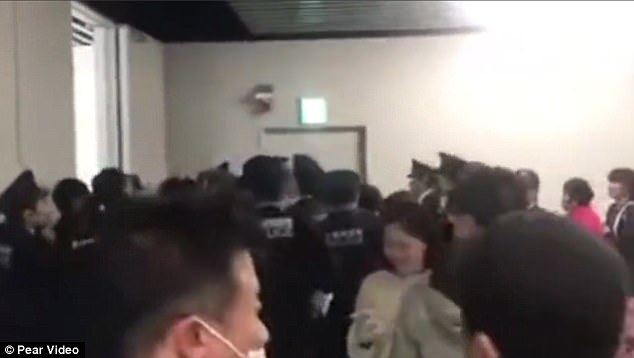 The post mentioned that a Chinese man was stopped by the airport staff when he wanted to buy snacks from a vending machine on another floor at around 2am.

It caused chaos and the passengers started to argue with the Japanese-speaking staff, as well as airport police.

A video, apparently taken by an onlooker, showed the police taking away one of the passengers. Some officers were tangled with other passengers who were trying to stop them from leaving.

The group started to sing Chinese national anthem as they pushed.

‘Please don’t be like that,’ one of the staff can be heard speaking in Japanese.

One of the passengers claimed on social media that the passengers were informed by Jetstar Japan that it could only arrange them to take the next available flight which would be in 24 hours.

Five Japanese passengers had also been waiting for the flight, but they left the airport after heard the cancellation announcement in Japanese. 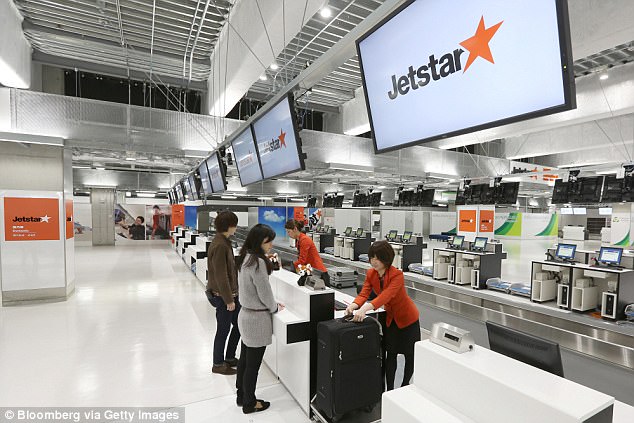 The furious Chinese passengers accused the airline for not treating them properly because the airline had failed to provide Chinese translation to the important notice.

At one point during the conflict, the Chinese passengers started singing the Chinese national anthem to vent their agner.

Staff at the Chinese Embassy in Japan had to be called to the scene to help control the situation.

Narita airport police arrested a 34-year-old man, surnamed Gong, during the clash after he entered a forbidden area of the airport at around 3am, reported Japanese news site Sankei.com.

The Japanese report also stated that two members from Jetstar Japan were injured during the incident, including a 26-year-old woman who had her ankle dislocated.

MailOnline has contacted Jetstar Japan and is awaiting for a reply.

A hotline manager at Jetstar’s Hong Kong office told MailOnline that the company’s public relation department only handles internal enquiries, but it’s is currently dealing with the matter. 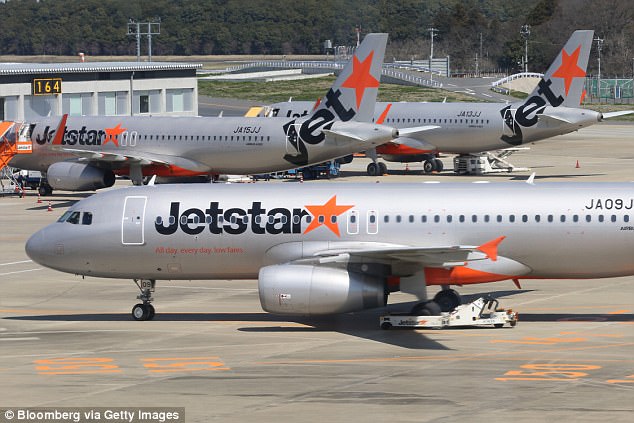 On January 25, one day after the incident, Jetstar’s China office posted a statement in simplified Chinese on their social media account on Weibo, apologising for the inconvenience the cancellation of the flight had caused.

The Chinese embassy in Japan issued a statement on January 26 explaining that the flight company had made an announcement to remind passengers that the boarding gate area would be closed after 11pm, however it was not translated into Chinese.

The embassy said it sent officials to negotiate to both parties. The budget airline agreed to compensate the 175 Chinese passengers by providing meals and arrangement to take the next available flight.

It’s stated that the 175 passengers arrived Shanghai Pudong International Airport at 1am on January 26.

The embassy reminded the citizens that budget airlines are often bounded by disclaimer which does not guarantee compensation for any delayed or cancelled flights.