AirAsia has admitted to slugging thousands of Australian families with an additional $60 fee for children, despite kids being exempt from the tax.

Passengers leaving Australia must pay a compulsory Passenger Movement Charge fee of $60, which children under the age of 12 are exempt from.

But the budget airline’s Indonesian branch, which has international flights departing from Darwin and Perth, has been charging children with the fee anyway.

In a statement provided to Daily Mail Australia, an AirAsia Indonesia spokesman admitted the $60 fee had been ‘levied in error’ to kids flying out of Darwin.

AirAsia has admitted to slugging thousands of Australian families with an additional $60 fee for children, despite kids being exempt from the tax

The spokesman said it was working on identifying passengers who may have been hit with the fee, and and said concerned customers should call international help lines based in Bali and Jakarta.

It’s unclear for how long AirAsia has been overcharging its children passengers.

The Passenger Movement Charge was introduced in 1995 and the airline first came to Australia in 2007, so passengers could theoretically have been overcharged for the last decade. Daily Mail has contacted AirAsia X for clarification.

The airline said it would be offering refunds for all those who were unfairly charged the $60 tax, and the issue had since been rectified.

‘AirAsia acknowledges that this charge has been levied in error and is identifying passengers who may have been affected,’ an AirAsia spokesman said.

‘A mechanism for providing refunds is being established and affected guests will be informed of how they can obtain their refund.’

The airline said it was ‘liaising with the relevant authorities on the tax remittance and will comply accordingly with any directions.’ 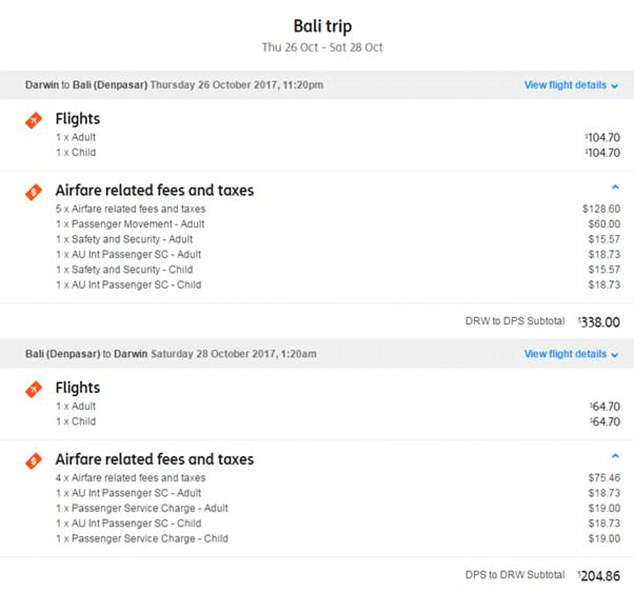 Rival airline Jetstar shows a detailed breakdown of fares, taxes and fees – clearly revealing that adult tickets cost $60 more than children due to the inclusion of the Passenger Movement 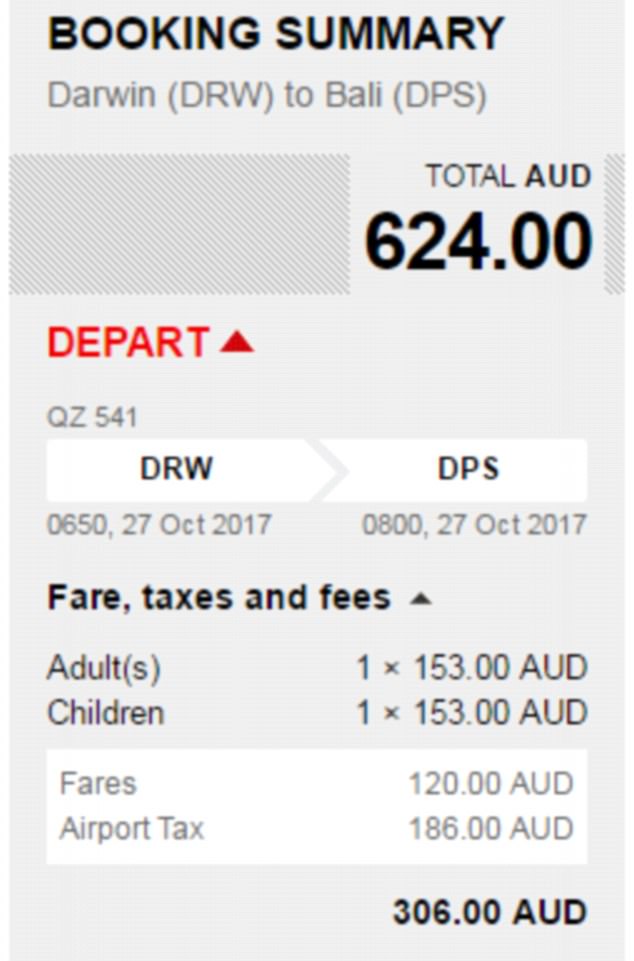 Meanwhile, AirAsia’s breakdown of fares, taxes and fees for a similar flight show no difference in price between adult and children tickets. AirAsia have since rectified the error

A breakdown of fares, taxes and fees shows no difference in price between an adult and a child with the AirAsia website, while rival airline Jetstar is $60 cheaper for kids.

Darwin resident Thomas Sawyer told the NT News he had noticed the difference in price when trying to book flights for a holiday to Bali.

‘I travel frequently so I’m used to paying the charge, but then I went to buy my son’s ticket and realised it cost the same as mine,’ he told the publication.

‘Families are not normally frequent travellers and they could easily buy these tickets without realising they’re paying for a charge they don’t have to pay.’

Mr Sawyer claimed he approached AirAsia for an explanation, but was simply told to send in the details of his purchase.

A spokesman for the Australian Competition and Consumer Commission told the NT News the overcharging could be illegal.

Daily Mail Australia has contacted the to see whether AirAsia Indonesia has broken Australian Consumer Law. 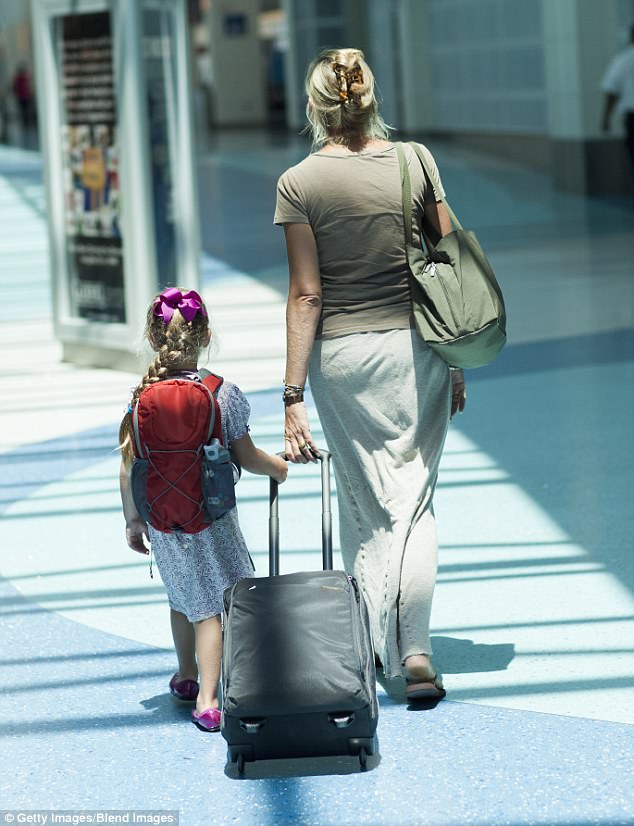