About 30 minutes into the flight, on October 2017,  attendants started an emergency descent after the plane suddenly lost pressure.

Some oxygen masks didn’t fall from the ceiling and some passengers didn’t receive oxygen.

At the time of the landing cabin crew shouted ‘brace’ and ‘get down’, adding to the panic on board the flight, a new aviation report said on Wednesday.

Terrifying footage from the time showed the mayhem during the flight and the cabin crew can be heard shouting: ‘Passengers get down! get down!’

She said: ‘The panic was escalated, because of the behaviour of staff, who were screaming and looked tearful’. 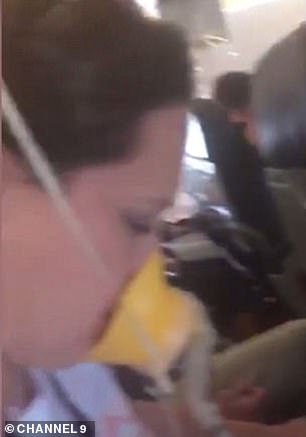 The plane returned to Perth Airport and landed safely.

The Australian Transport Safety Bureau said in a report that the commands were inappropriate.

It also found the pre-flight safety briefing and safety information card did not include a clear instruction on how to activate the flow of oxygen from the masks, and advise that the bag may not inflate when oxygen is flowing.

Godley continued ‘Passengers generally responded well when appropriate commands were used, but incorrect commands resulted in some confusion and panic among in the cabin.’

A spokesperson for Air Asia has made the following statement:

‘Safety underpins AirAsia’s operations and we have cooperated fully with the ATSB throughout the review process.’

‘Since this incident in 2017 AirAsia has reviewed our processes to ensure we always remain fully compliant and that our safety procedures continue to be robust. Given the findings in this latest ATSB report we will review the recommendations, including our pre-flight safety briefing and cabin crew emergency training procedures, as a matter of priority.’

‘Australia’s aviation safety standards are amongst the highest in the world and AirAsia operates within the same strict guidelines as any airline operating in Australia.’

‘All AirAsia operated flights to and from Australia have achieved IOSA certification which is the global benchmark for upholding the highest safety standards.’ 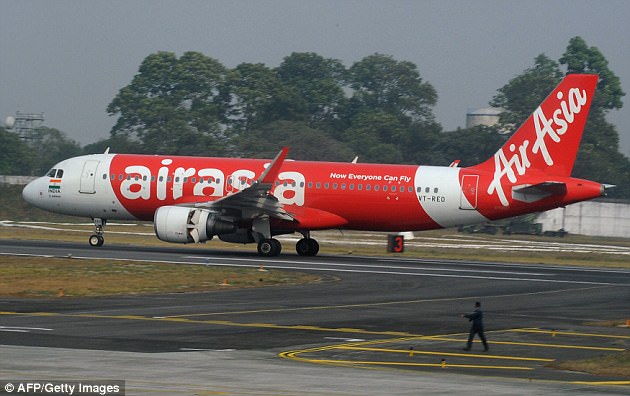