Couple staying at remote country Airbnb stumble upon a ‘creepy killing shed’ and animal carcasses: ‘Our daughter picked up a horse’s ribs’

A young family have cut their rural Airbnb experience short after finding a ‘killing shed’ in the backyard, just metres away from the property.

The family paid more than $500 a night for the property in NSW’s Hunter Valley, checking into the country home on December 2.

Upon arrival, they were immediately greeted by a sharpened axe and skeletons of horses and other animals just metres away from the house.

The family left the property after just one night, lashing the host for their apparent ‘lack of transparency’ and said the listing failed to mention numerous ‘quirks’ at the property.

The mud-brick house, situated on 100 hectares of private land, was described in the Airbnb listing as ‘quirky’ and ‘unique’.

However father and husband Matthew said it could only be described as ‘just creepy’.

‘We immediately stumbled across a literal killing shed, complete with a sharp axe left out in the open,’ Matthew told Yahoo News.

‘Our four-year-old daughter picked up the ribs of one of the dead horses when our backs were turned for a moment and we had to bring her quickly inside.’

With no blinds or curtains on any of the windows, the family felt that they also had no privacy. 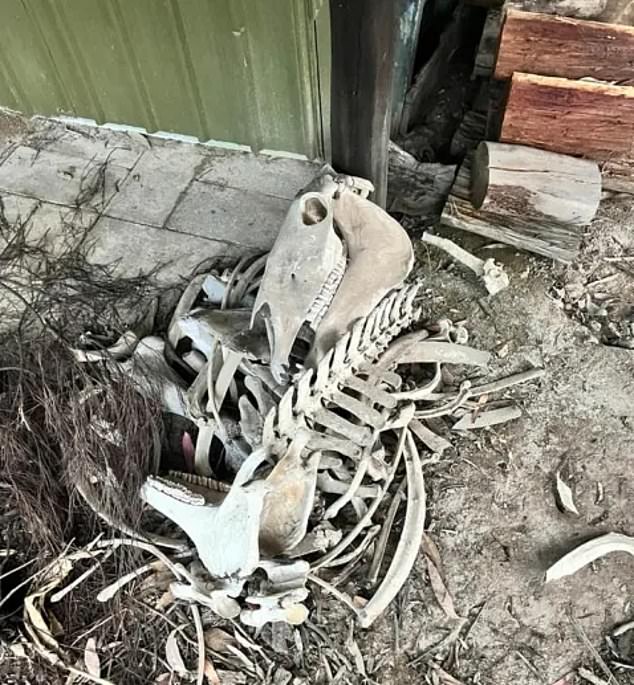 The carcasses resembled that of horse remains (pictured) and were left just metres from where the family were told to park their car, their four year-old picking up one of the bones

The listing also stated the property does not have Wi-Fi or TV reception, but failed to mention the lack of phone reception at the property.

‘We’re on different networks my wife and I, and we had literally zero signal within 10 minutes drive of the house at all,’ Matthew said.

‘We’ve got a four-year-old in a spot where we were so isolated and having no way of contacting anyone.’

The family spent almost $1,600 on their stay and were not issued a refund by the hosts or Airbnb.

‘We contacted the host to tell them we had left first thing the next morning, but they refused to offer any kind of support,’ Matthew said.

There are no descriptions, photos or even reviews mentioning of animal remains or a “killing shed” on the property’s listing on Airbnb. 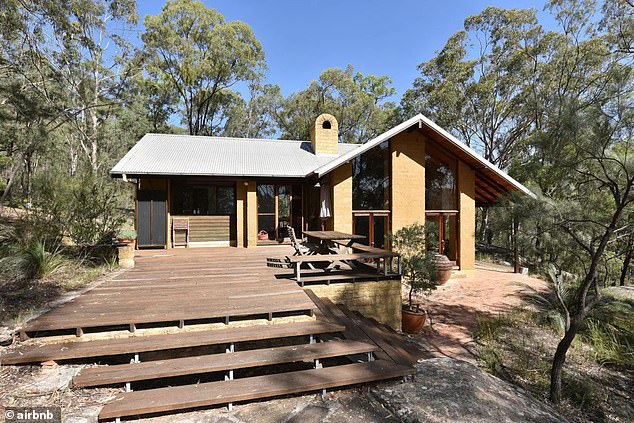 The family left after one night citing a lack of transparency from the hosts as the listing does not mention any of the downfalls of the property, such as carcasses or no mobile reception

‘The photos [in the listing] were accurate in what they wanted to highlight. But what they didn’t take pictures of is what people wouldn’t choose the property because of,’ Matthew said.

The family found a different place to stay the same day they left the Airbnb and were able to attend their friend’s wedding.

In a statement, Airbnb’s Country Manager for Australia and New Zealand, Susan Wheeldon, said the homeshare company was investigating.

‘All hosts of places to stay – in addition to behaving in accordance with our Community Standards – must ensure they meet our Host Reliability Standards which include commitments around listing accuracy and communication, among others,’ she said.

Daily Mail Australia has reached out to Airbnb and the property’s manager for comment.