‘Bomb! Get out!’: The terrifying moment an armed Arabic-speaking man pulls a device from his bag as domestic violence incident sparks Brisbane Airport lockdown – as man, 50, is charged

An Arabic-speaking man who wielded a knife and made bomb threats at Brisbane International Airport on Saturday night has been charged.

He’s also facing charges of pretending to plan to damage or destroy a government-owned air facility, making a bomb hoax, and common assault.

Terrified screams echoed throughout the departures terminal of the airport as a woman was chased by the man, who was allegedly holding the knife.

The man’s wife, mother-in-law and two children were reportedly planning to leave Brisbane when the incident unfolded.

A 50-year-old man, from Surfers Paradise, has been charged after allegedly claiming to have a bomb at Brisbane International Airport and allegedly threatening a woman with a knife

A woman wearing a hijab could be heard screaming for help as a man chased her, Boon Heng Ong told the Courier Mail.

‘They were heading towards outside the airport, and then he just pulled out the knife. It was quite big, 15-20 cm,’ they alleged.

‘He stopped running and turned around and walked back to a table in the food court. He grabbed something out of his luggage. It was a black box like a small toolbox.’

The man was recorded by fearful onlookers holding a metal box with exposed wiring. He had reportedly claimed to be carrying a bomb.

Travellers had to flee as police evacuated the building, forcing flights and connecting trains to come to a sudden halt.

Australian Federal Police and Queensland police stormed the airport about 10.15pm as an emergency situation was declared. 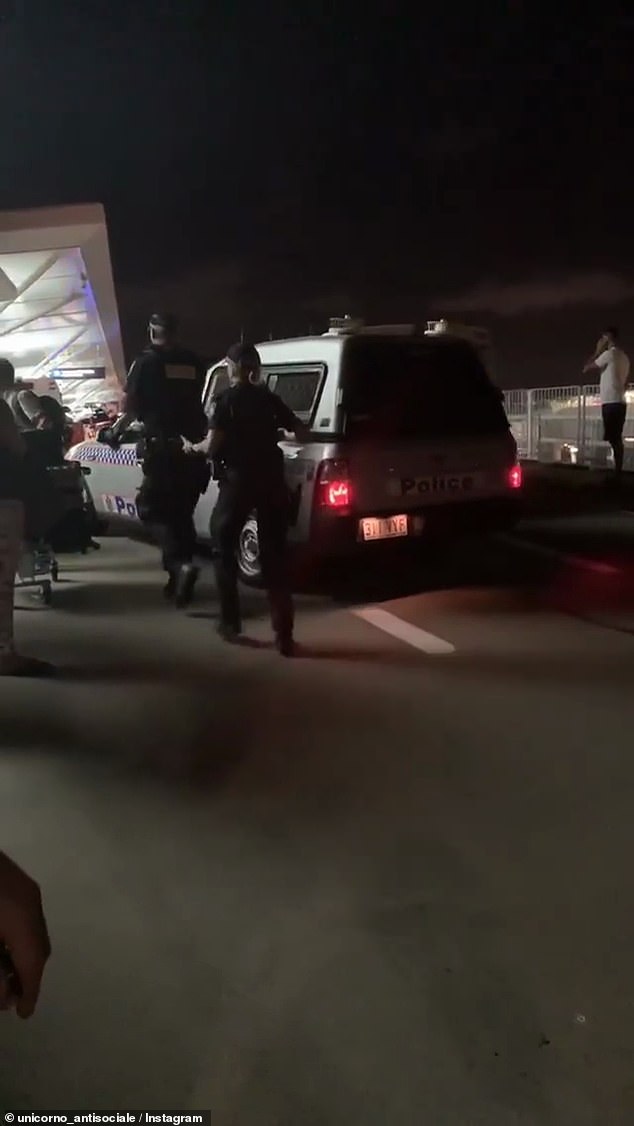 The airport was evacuated and trains were halted after police declared an emergency situation, which ended at 11pm 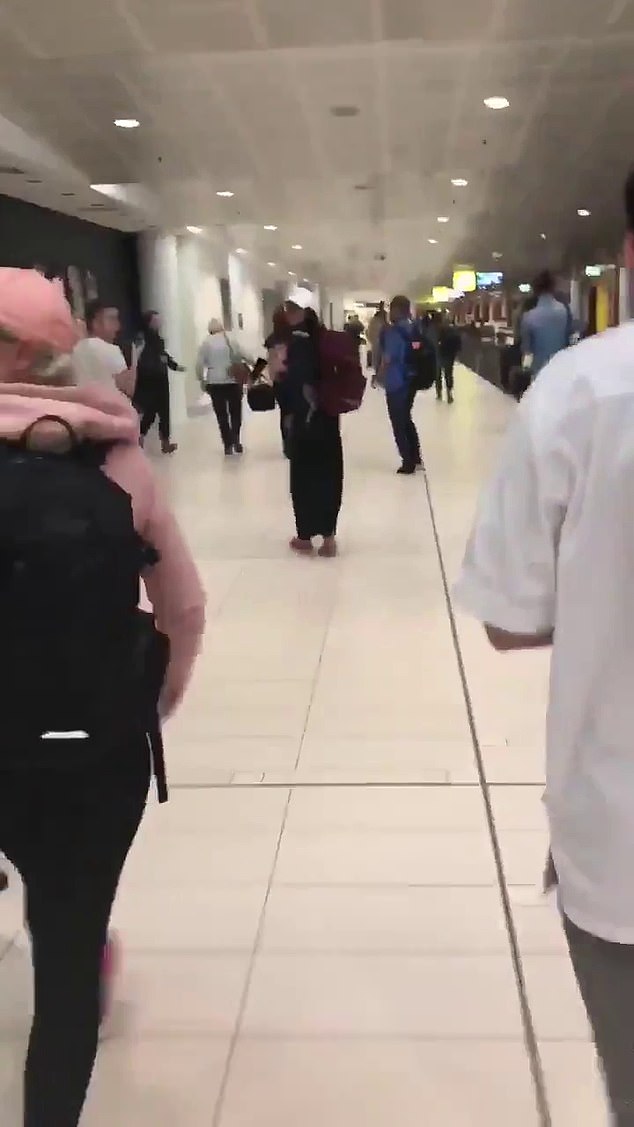 Pictured: Would-be travellers were forced to evacuate the airport as police investigated reports of a bomb threat

After the airport was evacuated, officers examined the suspicious device the man had claimed was a bomb, but found it to be non-suspicious.

The exclusion zone was revoked at 11pm, but police then closed off the Bruce Bishop Carpark in Surfers Paradise just after midnight as a precaution.

The man had reportedly made threats about the carpark, which reopened at 1.45am.

A police officer at the scene told the Courier Mail there was a vehicle linked to him in the carpark, and he appeared to have had ‘some sort of detonator’.

The man, an Australian resident who is believed to be from the Middle East, was taken into custody from the airport after he was shot with a beanbag round.

He was not seriously injured. 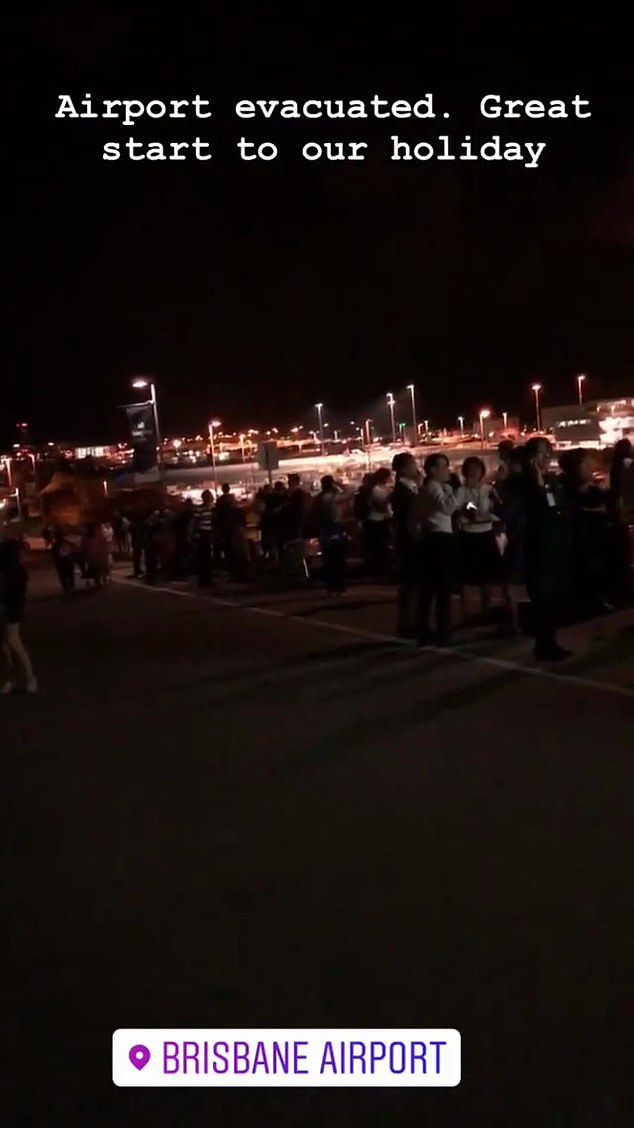 Brisbane Airport said in a tweet: ‘The Australian Federal Police is managing the incident and we hope to get back to normal operations as soon as possible’

During a press conference, Superintendent Tony Fleming said it was a ‘domestic incident’ and not terror-related.

He said there was concern that the man had an explosive device – however, that was not the case.

‘There is absolutely no evidence that this is a matter related to terrorism.’

Superintendent Fleming said people who are known to the man were giving evidence.

‘This has been quite a dramatic to those people.’ 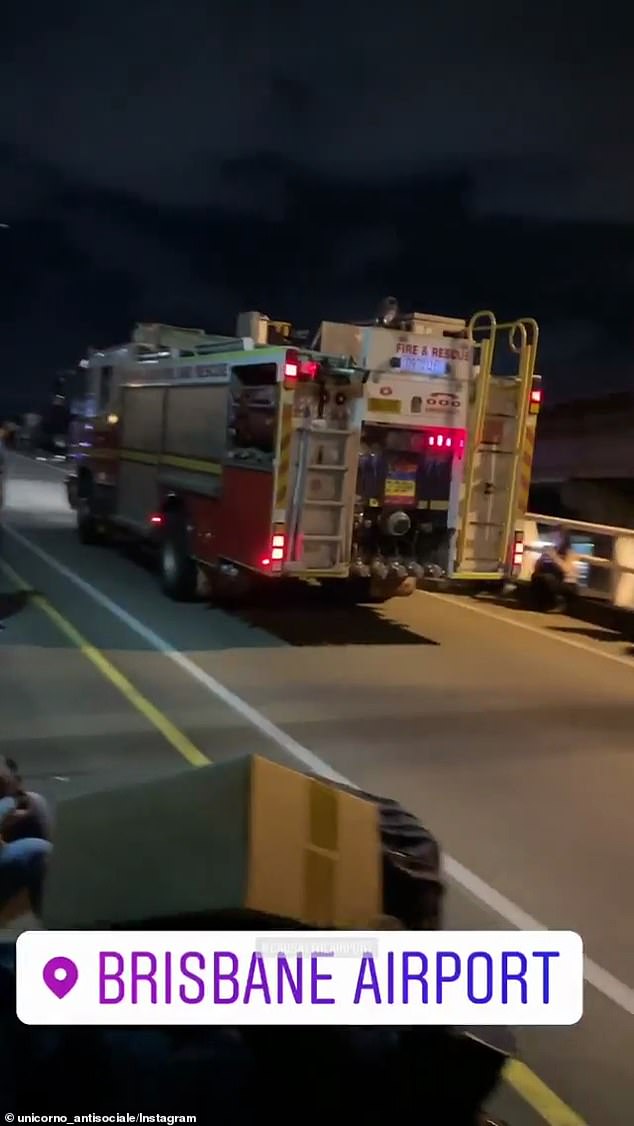 Police, paramedics and fire crews were in attendance after reports of a man brandishing a knife and making bomb threats 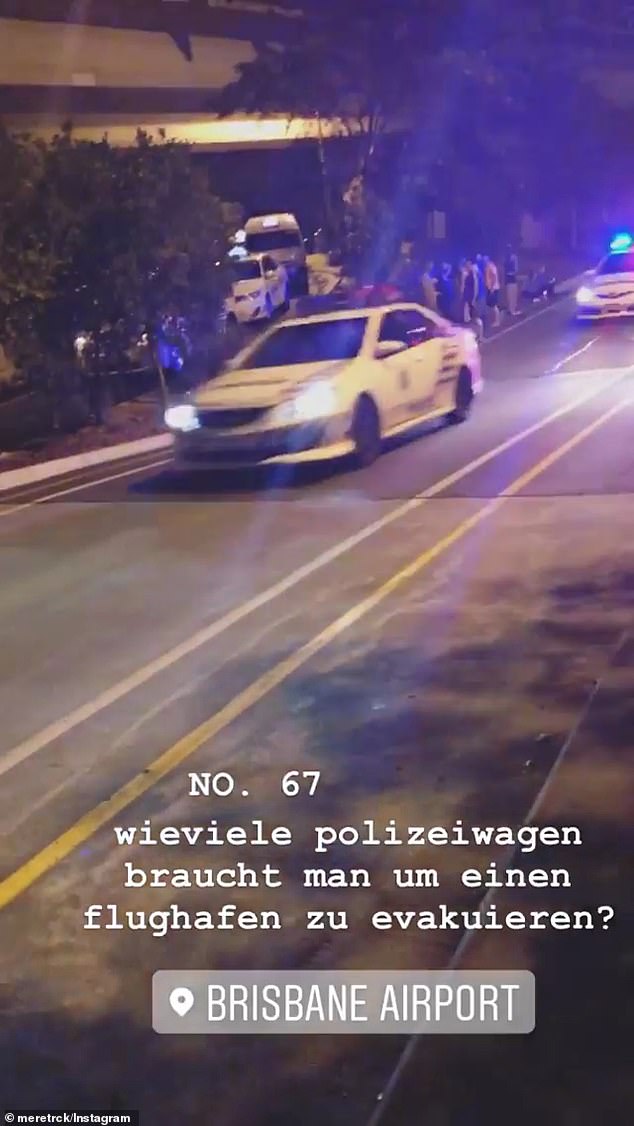