Investment platform AJ Bell saw its customer numbers rise by 30 per cent to 382,754 in the past year, as more savers hunted out better returns on their cash.

The group saw net inflows of cash jump 52 per cent to £6.4billion, against £4.2billion the previous year, a trading update revealed.

AJ Bell said the hefty jump in net inflows was driven by customers ploughing money into Isas and pensions with the aim of building ‘long-term, tax efficient investment portfolios.’

Total assets under administration increased by 29 per cent in the year to close at £72.8billion.

In comparison, the FTSE All-Share Index increased by 24 per cent, and the MSCI World Index rose by 27 per cent over the period.

Andy Bell, AJ Bell’s chief executive, said: ‘We have delivered another year of strong organic growth with total net inflows up 52 per cent, AUA up 29 per cent and customer numbers up 30 per cent, compared to the previous year.’

He added: ‘Following the gradual easing of Covid restrictions over the course of the summer, we have seen retail trading activity return to more normal levels compared to the peaks seen earlier in the year.

‘However, we are pleased that our key drivers of long-term growth, namely customer numbers and net inflows, have continued strongly. In the final quarter of our financial year, net new platform customers increased by 16 per cent and platform net inflows increased by 78 per cent compared to the equivalent quarter in 2020.

‘Demand for our investment solutions has also continued to build across both the advised and direct-to-consumer markets. 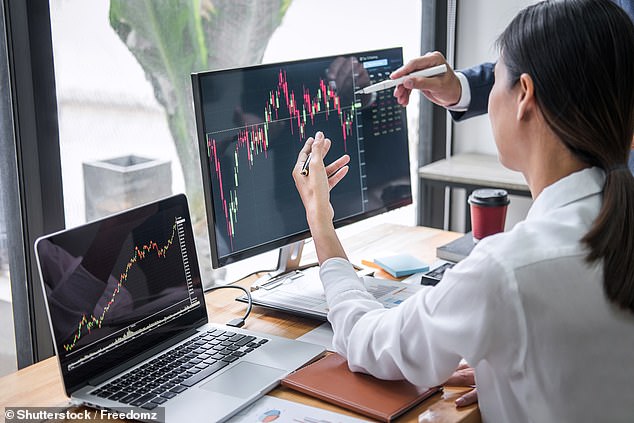 ‘Our managed portfolio service is growing in popularity with advisers as they recognise our focus on charges, choice and communication and we have recently added the service to four external platforms to further increase its availability.’

In the final quarter of the financial year to 30 September, net new platform customers increased 16 per cent and platform net inflows rose by 78 per cent, compared to the equivalent quarter last year.

Platform net inflows increased by 43 per cent during its last financial year to £7billion, with advised net inflows coming in at £3.8billion.

The group will publish its full year results on 2 December.