Erik ten Hag has penned a new three-year contract as manager with Ajax following a fine season both domestically and in Europe.

Ten Hag has done a brilliant job at the Dutch giants since taking over in December 2017, which culminated with Ajax winning the Eredivisie title and KNVB Cup last season, as well as reaching the Champions League semi-finals.

And Ajax have been quick to tie their influential manager – who was previously linked with Chelsea and Barcelona – down until June 2022 as they look to go from strength-to-strength. 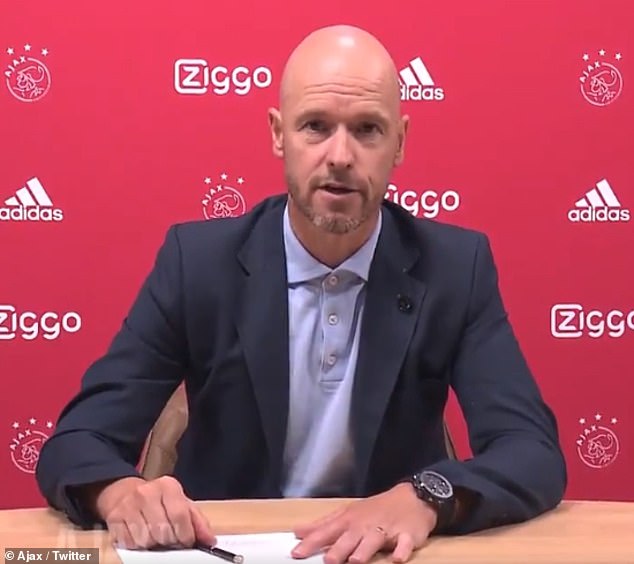 They announced the exciting news on Thursday afternoon, posting a video of Ten Hag signing his new contract before he issued a rallying cry: ‘On to more success together’.

The news will delight the club, who have already seen Frankie de Jong leave, with Matthijs de Ligt and other huge talents set to depart this summer.

Ten Hag will look to rebuild his talented squad this summer as they prepare for life without some of their biggest stars. 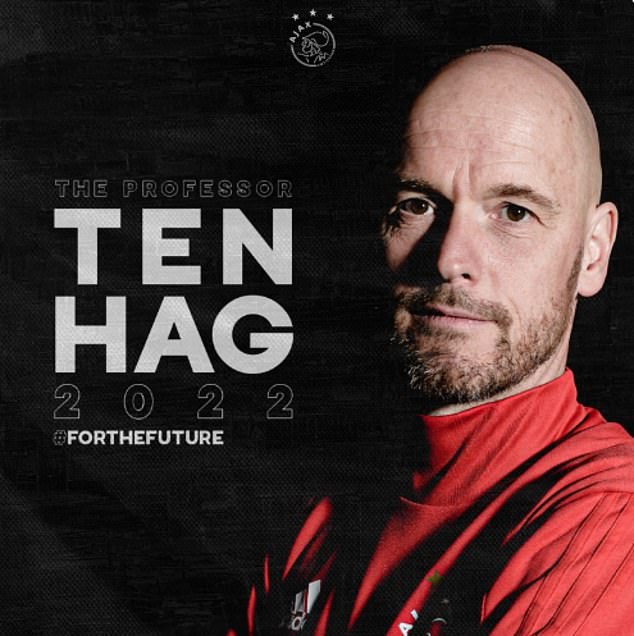 Ten Hag, who was linked with Chelsea and Barcelona, has penned new terms until June 2022

But he will be confident of doing just that thanks to the club’s unrivalled academy system.

They beat European powerhouses Real Madrid and Juventus with real maturity and class beyond their age to reach the Champions League semi-finals. 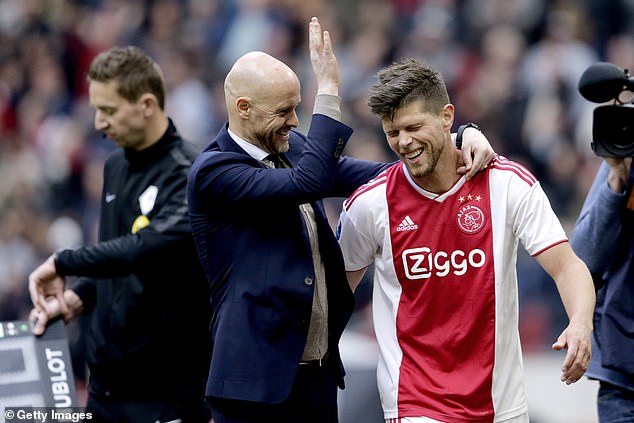 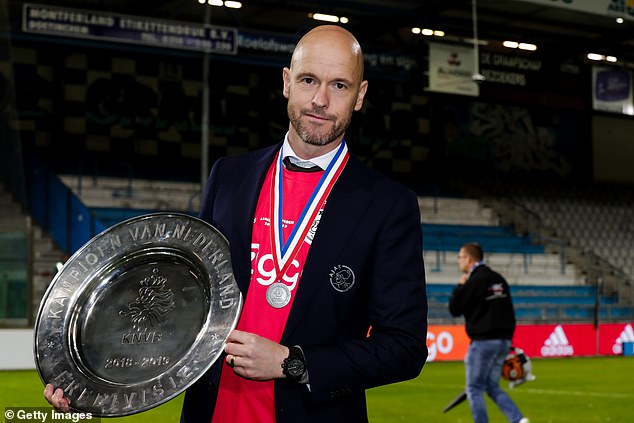