Just over a week after Holland reclaimed a place at football’s top table with a thrilling comeback in Germany, the nation’s iconic team has an opportunity to take a similarly landmark step.

Ajax are on the verge of reaching the Champions League knockout stages for the first time in 13 years and two exciting protagonists of the Oranje resurgence are pivotal again.

At 21 and 19 respectively, Frenkie De Jong and Matthijs de Ligt have burst into prominence for club and country. They have already handsomely supplemented Holland’s succession to the last-four of the Nations League and their abilities are breathing life into Ajax’s hopes of progressing further through Europe’s elite competition than at any point previous this millennium. 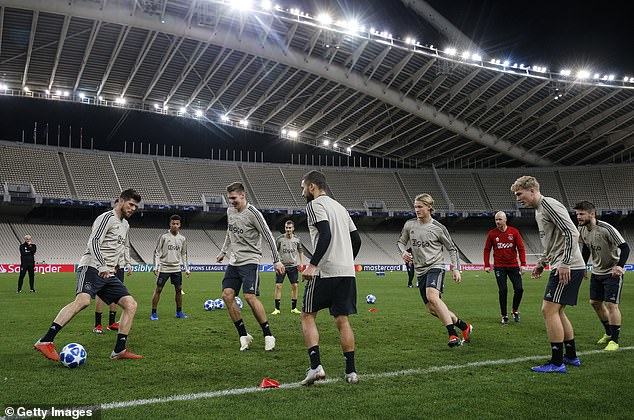 Erik ten Hag’s team face AEK Athens in the Greek capital on Tuesday, kicking off at 5.55pm, and only need to equal Benfica’s result at Bayern Munich to progress.

Two wins and two draws in Group E have left them in a strong position and given AEK Athens have yet to pick up a point, the signs are encouraging indeed.

The last time Ajax reached the last-16 was back in 2005-06, moving through a group that included Arsenal to face Inter.

Marteen Stekelenburg, Johnny Heitinga, and Klaas-Jan Huntelaar were the stars of that team but it was not a vintage year. 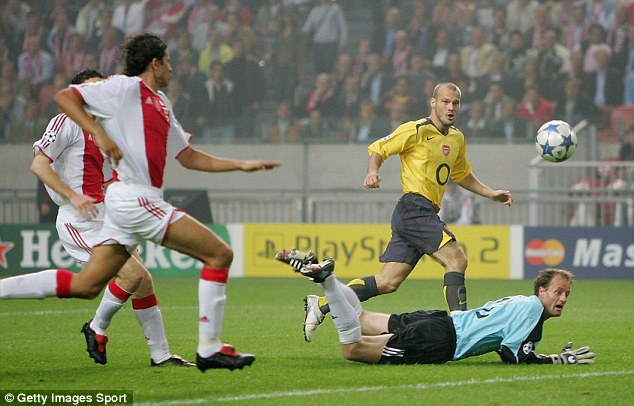 Ajax made the quarter-finals in 2002-03, progressing from the second group phase despite winning only once, but fell to eventual winners AC Milan.

Jari Litmanen and Steven Pienaar scored in the San Siro only for Jon Dahl Tomasson, once of rivals Feyenoord, to get a dramatic winner in stoppage time. That side also featured Zlatan Ibrahimovic and Wesley Sneijder but failed to go on to bigger things.

For a club drenched in European grandeur, their appearances in the knockout phase have been infrequent. You have to scroll back to the glorious mid-nineties for the last period Ajax were regular contenders in the Champions League. They were winners, finalists, and semi-finalists between 1995 and 1997 before Marc Overmars, Patrick Kluivert, Edgar Davids all departed.

That side spawned several brilliant careers and the sense is that this crop contains the same standard of generational player. And Ajax might not have long with them either, so we should appreciate and recognise them while we can.

De Jong is the throwback midfielder who revels in running with the ball, occasionally laughing as he dribbles. He attempts the difficult offensive passes others do not. Signed by Ajax from Willem II for £265,000 aged 18, he would often frustrate coaches who told him to play simply.

De Jong told Dutch magazine Voetbal International: ‘My quality is my intuition. I can’t just ignore that, can I? Then I’d be a player of whom there are a thousand of my age. Often I’d say I understood the coach, then do my own thing on the field.’

That confidence, perhaps the downfall of those less-talented, has led him to this point of influence. Aptly, he is named after the band Frankie Goes to Hollywood.

Despite being two years younger, we are more familiar with De Ligt, who aged 17 partnered Davinson Sanchez in central defence against Manchester United in the 2017 Europa League final.

That match, Ajax’s first European final in 21 years, ended in disappointment but there were clear signs De Ligt was one to watch. It was there in his composure and light-footedness.

Having been with Ajax since age eight, he had broken into the first-team at the absurdly young age of 16 and soon began organising team-mates and showing his crisp passing with either foot, rekindling memories of Jaap Stam.

He has now grown into his 6ft 2in frame and progressed past a traumatic entrance into the Dutch team under Danny Blind to the point where Ronald de Boer says: ‘He seems like he’s 30’.

Both are clear disciples of Johan Cruyff’s philosophy, possessing open minds on the football field and a focus on the game even when off it.

Amid their development, Europe’s wealthiest clubs are once again keeping an eye on Amsterdam. Barcelona and Manchester City have regularly sent scouts to the Dutch capital and are tipped to make huge bids in the coming transfer windows. De Ligt has reportedly signed with Mino Raiola, so the move soon is inevitable. Juventus is another option.

But, like Monaco two seasons ago, we should savour the freshness while we can. Even though Ajax are four-times winners, their attachment to youth makes them feel an underdog in the modern world of mega-signings, and two showings in the Champions League knockout phase in 21 years shows they represent a change to the established order.

There is also nostalgia and romance mixed in with enjoyment of their style and the 1-1 draw they secured in Munich shows they can live with the elite.

Daley Blind is back performing consistently and Dusan Tadic is exposing the error of Southampton in letting him leave, with eight goals in 17 games.

David Neres, Kasper Dolberg, and Noussair Mazraoui are three 21-year-olds getting regular action, and Andre Onana is the 22-year-old No 1 goalkeeper. Carel Eiting, at 20, has also emerged.

For those reasons, it is easy to wish for Ajax to see the job through this season.