A house in Brooklyn where Al Capone lived as a child with his Italian immigrant parents has gone on the market for $2.9million.

The five-bedroom townhouse in the Park Slope neighborhood comes with two guest suites, modern kitchens, ‘chic bathrooms ‘ and a roof deck – and a link to America’s most famous gangster.

Capone was born in Brooklyn in 1899, and as a youngster was a member of two so-called ‘kid gangs’ known as the South Brooklyn Rippers and Forty Thieves Juniors.

While still in New York, he became affiliated with his future mob partner Johnny Torrio and received the facial injuries in a brawl at a Coney Island bar that led to his nickname ‘Scarface’.

He finally left New York for Chicago in 1919, where he would later rise to greater fame for his role in the St Valentine’s Day Massacre and his bootlegging operations during the Prohibition era. 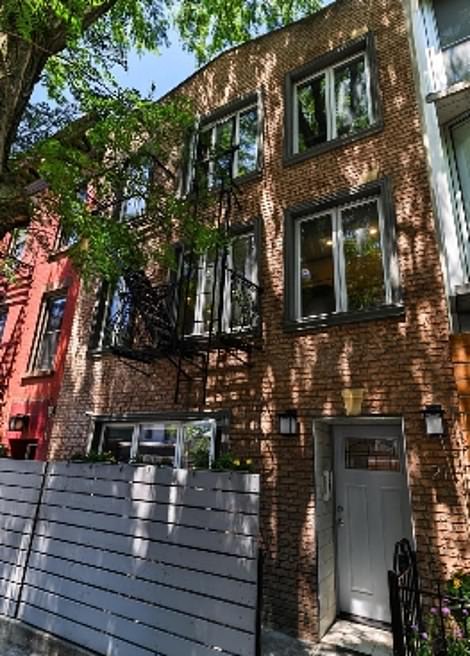 Al Capone’s childhood home in Brooklyn (pictured right) – where the gangster (pictured left) lived in his early years in New York City’s ‘kid gangs’ –  has gone on the market for $2.9million 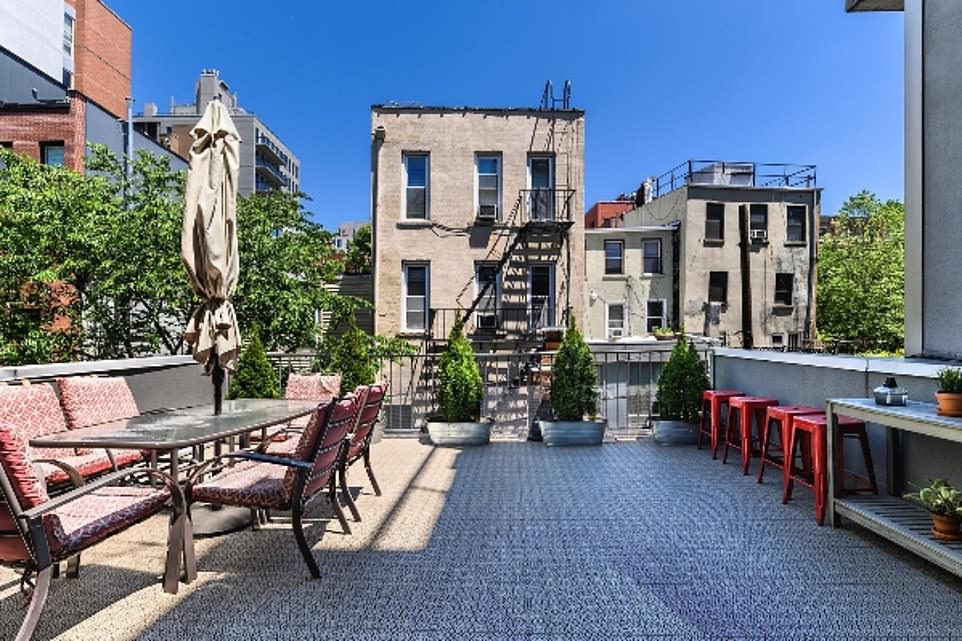 A roof terrace overlooking the Park Slope neighborhood in Brooklyn, where the Capone family lived when Alphonse was a young man and before he achieved greater fame in Chicago 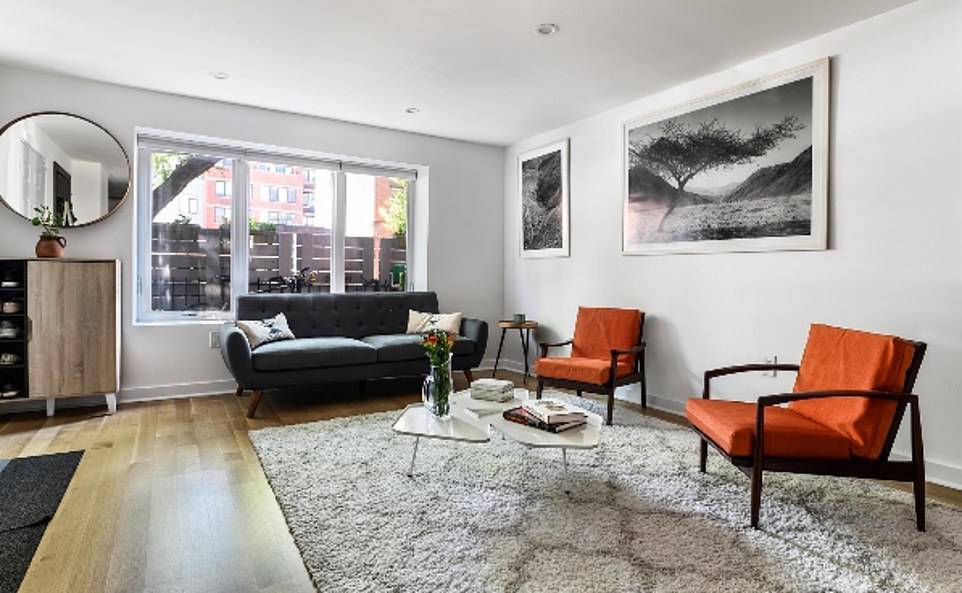 A living room in the Brooklyn home which includes a ‘duplex’ for the owner as well as two separate rental apartments, although realtors say that these could be converted into a larger family home

Real estate agents Douglas Elliman describe the house as an ‘iconic’ building – without mentioning the Capone link by name.

The Capone family – young Alphonse, his parents Gabriele and Teresa Capone, and his eight siblings, some of whom had been born or conceived in Italy – lived at various addresses in Brooklyn when Al was a child.

Realtors say the property has been ‘newly upgraded’ and could either be occupied by a whole family or kept as it is at present, with an owner’s ‘duplex’ and two separate rental apartments with their own kitchens and bathrooms.

’21 Garfield Place is located on a peaceful, tree lined block just off vibrant Fifth Avenue in Park Slope. The block has jovial annual block parties, and is also an optimal place to view the NYC marathon’.

City records show that Steven Kalifowitz bought the deed to the property in 2018 for $2.4million, slightly lower than the current $2.9million asking price. Before that, it changed hands for $1.2million in 2006. 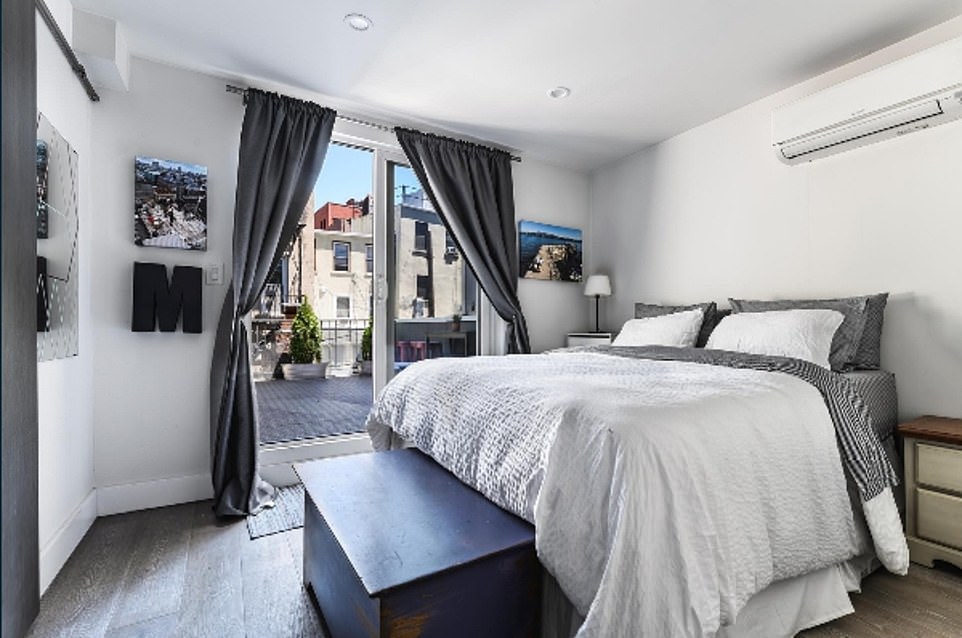 A bedroom in the $2.9million home in Brooklyn, which previously changed hands for a slightly lower $2.4million in 2018 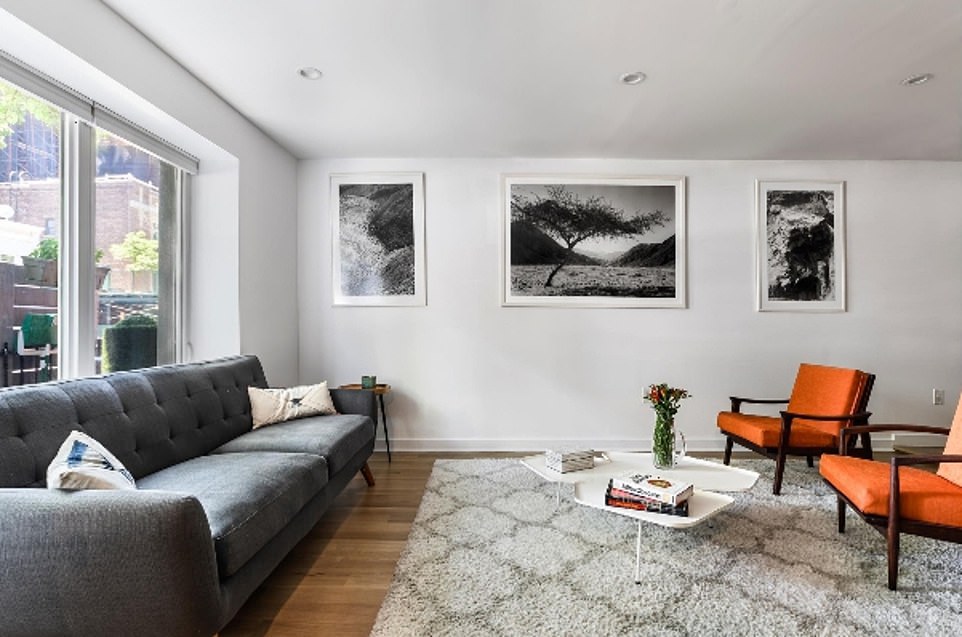 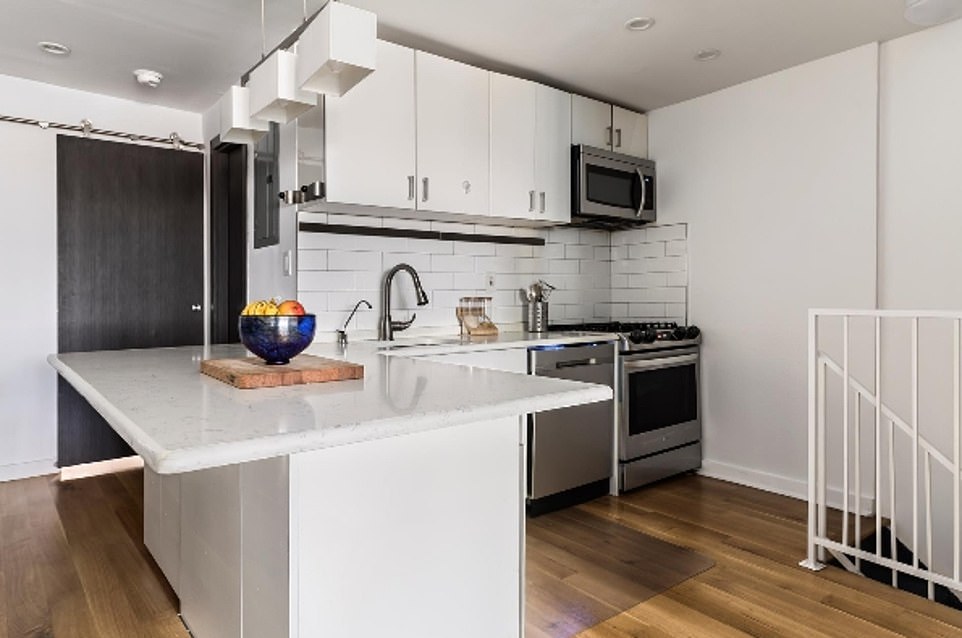 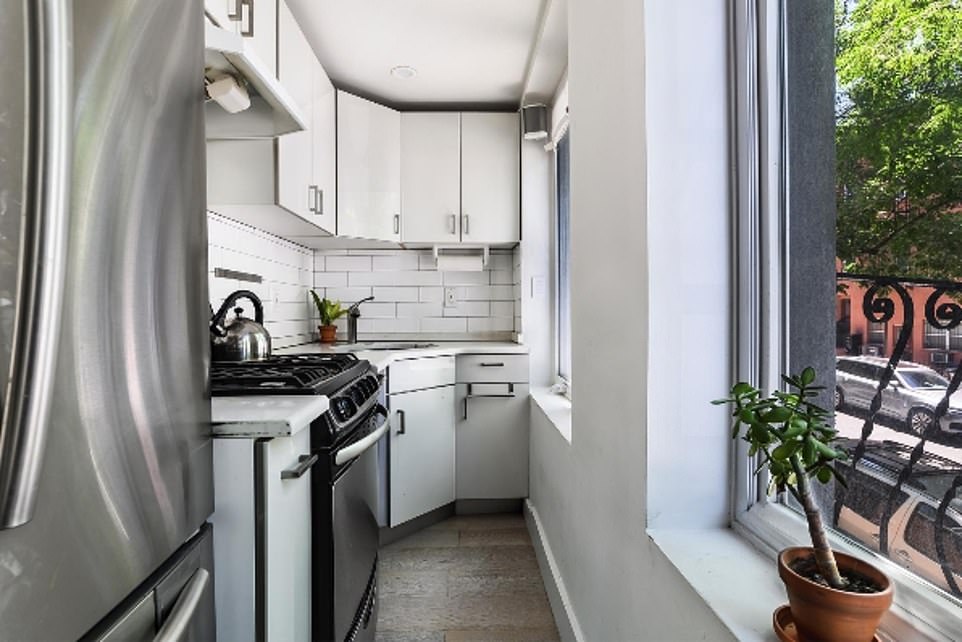 ‘The home is also just a few blocks away from the notable Old Stone House which is right next to a superb playground and the bountiful Farmer’s Market that takes place every Sunday year round,’ realtors say.

‘Park Slope is considered one of Brooklyn’s most coveted and sought-after neighborhoods due to its everyday conveniences, public transportation access, exceptional school offerings, fine dining and sense of community.’

Another Capone home changed hands in Chicago last year after being on the market for years. The building on the city’s South Side sold April for $226,000, more than twice the $109,900 asking price.

The Capone family owned the building until the death of his mother in the 1950s.

The Commission on Chicago Landmarks and the Illinois Historic Sites Advisory Council in 1989 rejected bids to make the building a landmark. 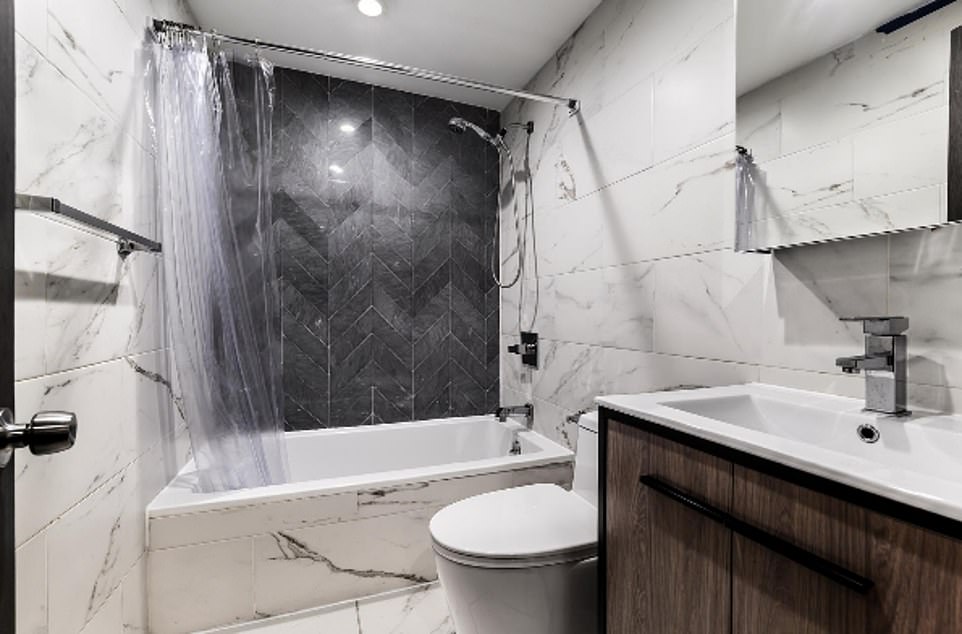 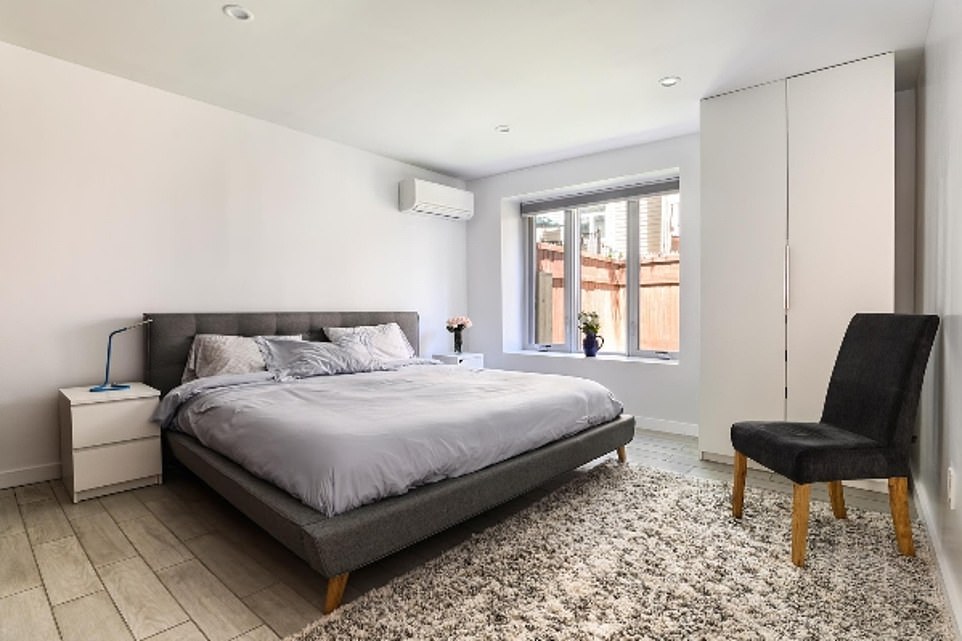 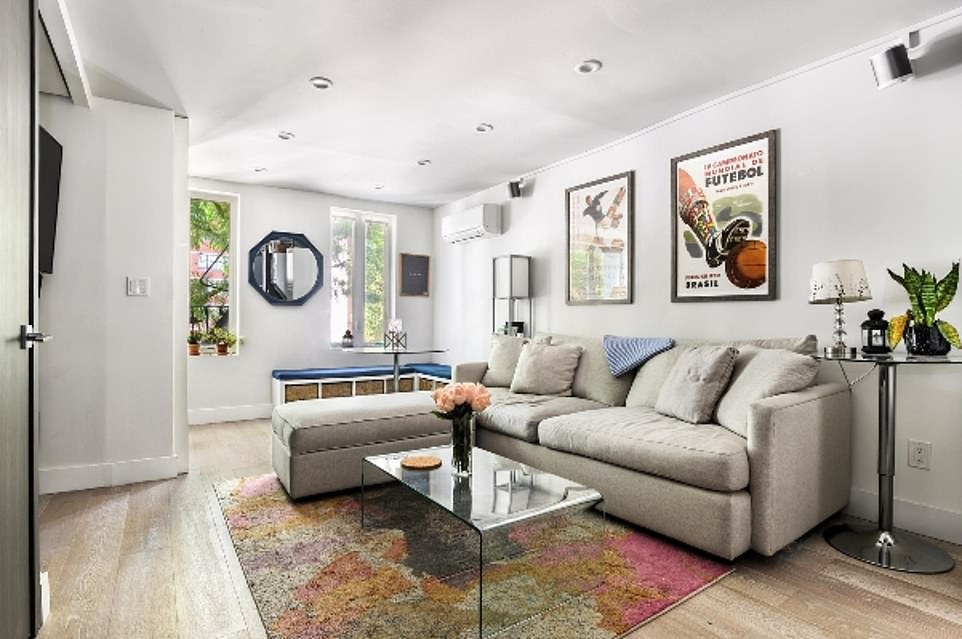 City records show that Steven Kalifowitz bought the deed to the property in 2018 for $2.4million 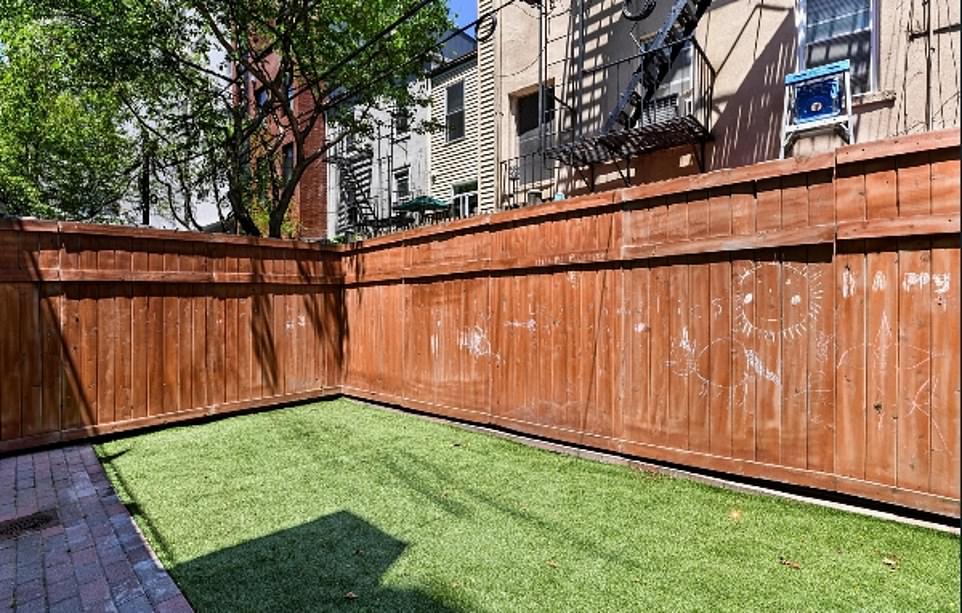