Alabama’s House of Representatives passed a bill Tuesday that would end special elections for the U.S. Senate, thus preventing another Roy Moore debacle.

The legislation passed on a strict party-line vote, 67-31, with House Republicans arguing that the move was to save taxpayer dollars.

It could also save the party some face in the future, after last month’s Senate special election gave Democrats their first U.S. Senate seat in Alabama in 31 years.

Democrat Doug Jones is sworn in to the U.S. Senate on January 3. Republicans in Alabama’s state House have voted in favor of a bill that would end special elections for open Senate seats, instead allowing appointed candidates to stay on through the next general election 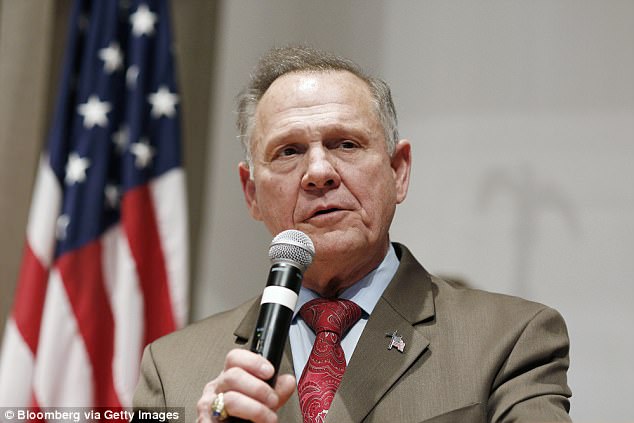 Republican Senate hopeful Roy Moore lost the December 12 special election to Democrat Doug Jones, an embarrassment that the GOP can avoid in the future if a bill passes the state Senate barring special elections for U.S. Senate vacancies

The new law, if passed by Alabama’s state Senate, would allow the governor’s pick for a U.S. Senate vacancy to stay in place until the next general election.

During election years, like this one, if the candidate qualifying period has already commenced than the appointed senator’s seat wouldn’t be on the ballot until the next cycle, in this case 2020, according to AL.com.

He also rebutted charges that he was pushing the legislation to avoid future embarrassment, noting how he had first sponsored the bill in August.

Alabama’s Senate race was one for the ages, costing Republicans Attorney General Jeff Sessions’ former Senate seat thanks to a mixture of political miscalculation, populism and pedophilia charges.

Moore, a former state Supreme Court judge who was twice removed from the position, forced a run-off GOP primary race against the appointed Sen. Luther Strange, eventually toppling him. 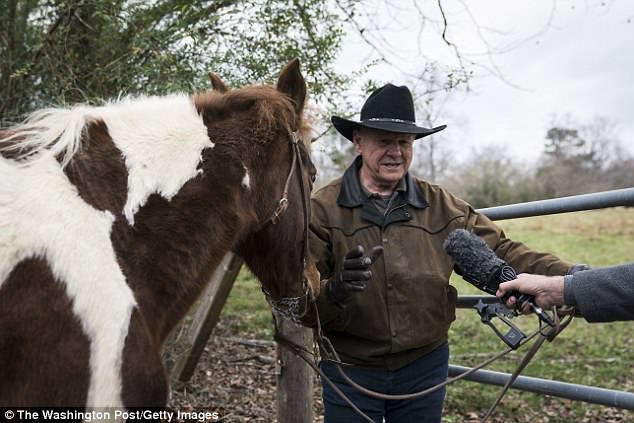 Republican Roy Moore (right) seen heading to his polling location on election day with his horse Sassy (left), lost the race to Democrat Doug Jones after pedophilia accusations came out. Moore denied the claims and stayed on the ballot in the race

Moore was then on the ballot against Democrat Doug Jones, known for prosecuting two Ku Klux Klan members responsible for the 1963 Birmingham church bombing, which killed four African-American girls.

In November, a little more than a month before Alabama voters would head to the polls, the Washington Post broke a story detailing how Moore preyed on teenage girls when he was a bachelor in his 30s.

When more victims came forward the accusations ranged from sexual assault to inappropriate flirtation with women who were aged 16 to 22 at the time.

Moore, throughout the entire election cycle, protested that he never did the things the women claimed.

That led to him staying on the ballot, despite a number of top-tier Republicans telling him to pull out of the race.

On the national level, the race exposed a rift between President Donald Trump and his ex-Chief Strategist Steve Bannon.

Despite the predator accusations, Bannon stuck by Moore’s side – even hosting a raucous election night eve rally for the Republican candidate with popular figures on the right including Sheriff David Clarke and Rep. Louie Gohmert, a Republican from Texas.

Trump eventually came around and put his weight behind Moore too.

However, when Moore lost – though refused to concede – Trump tweeted that he ‘was right’ to initially back Strange, because the ex-judge couldn’t win.

The president also called Jones to congratulate the Democrat for winning the race.