A three-year-old cockapoo has become the latest victim of Alabama Rot as fears grow that severe winds and rain could see the killer disease spread even faster.

The pup has become one of the latest victims of the disease, which reached the UK from America in 2012 and is now reckoned to be killing a dog a week.

The flesh-eating bug is a mystery but it is believed to flare up in cold, soggy ground during wintry weather in December to March.

Ms Arnold, of Caterham, said her family has been left devastated by the loss of their beloved pet. 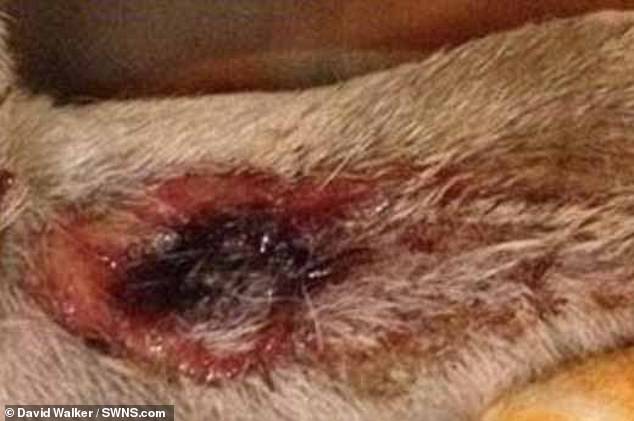 The flesh-eating bug is a mystery but it is believed to flare up in cold, soggy ground during wintry weather in December to March (stock)

She said: ‘He had recently had a hair cut so it was obviously visible; it looked like a blood blister around the size of a five pence. It was also raised.

‘The next day we noticed it had become very red and sore. It looked like a bullseye and the vet at first thought it could have been a bite of some sort.

‘In the next 24 hours it became black and crusty and then by the next day another sore had appeared and his fur started to come off in our hands.

‘He stopped drinking and eating altogether as organ failure started to take hold.

What is Alabama Rot?

Alabama rot, or cutaneous and renal glomerular vasculopathy, originated in America among Greyhounds in the 1980s but UK cases have only been reported since the end of 2012.

The disease does not seem to target any specific breed, age, sex or weight of dog and cases have been reported in locations across the UK.

Analysis of the numbers indicates dogs are most prone to the disease between October and June.

If caught early then treatment can be applied to the dog’s kidneys but in four out of five cases help arrives too late.

Concerned dog owners are advised to look out for skin sores or swelling on the dog’s legs, which could be signs of Alabama rot.

‘The kids are devastated. We all expected him to be home and it was really sad. You just get used to having them in the house.’

Other dogs have died recently in Wandsworth and Croydon and it has struck as far apart as Sussex, Devon, the Lake District, the Midlands, Wales, Scotland and Ireland.

Vets are warning the mystery disease – for which there is no cure – is spreading and could explode in the blast of rain, snow and ice hitting the UK.

In another recent case, in the West Country, heartbroken Nigel Lake, of Redruth, Cornwall, had to have his beloved Staffordshire terrier Tyza put down.

Nigel confirmed that Tyza had been for walks at Tehidy Woods near Camborne, where another dog was killed by the disease just before Christmas.

Another dog died after going for a walk at Goonhilly Down, near Helston, Cornwall, and a second was put down after a walk in Prideaux Woods, near St Austell.

London’s Royal Veterinary College say the fatality rate is high, with fewer than one in five dogs surviving.

All breeds are at risk, but those which have been affected most include Labradors, English Springer spaniels, Cocker Spaniels, whippets and border collies. 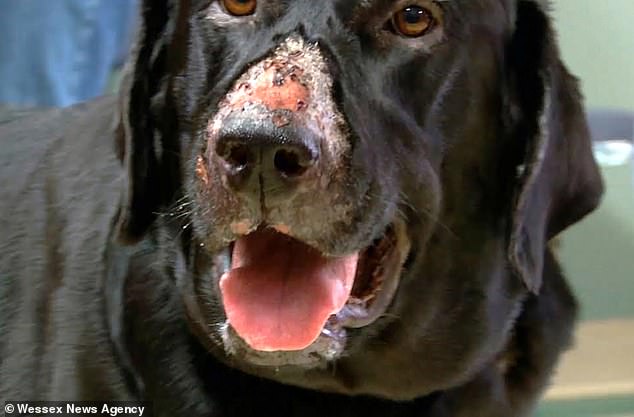 All breeds are at risk from the disease, but those which have been affected most include Labradors, English Springer spaniels, Cocker Spaniels, whippets and border collies (stock)