Rhonda Engle doesn’t trust the water running through her taps.

At 49, she believes that that water, which she drank, bathed in and brushed her teeth with from age eight, is the reason she’s missing a kidney.

Engle has suffered kidney cancer, high blood pressure, thyroid disease, high cholesterol and has had at least one seizure – all symptoms and illnesses that have been linked chemicals contaminating the Tennessee River, near her home.

The river has high levels of PFAS – per- and polyfluoroalkyl substances – so-called ‘forever chemicals’ used in the making of water- and fire-repellent products, nonstick pans, paints and cleaning products.

Food and Drug Administration (FDA) officials warned today that the toxins have been found in many foods.

A factory run by 3M – which makes a wide variety of plastics products – sits on the Tennessee River, and the company has already settled with at least one person who claimed PFAS from the plant have contaminated the river and caused health problems.

Engle aims to be the next plaintiff to hit back at 3M in court.

Rhonda Engle, 49, believes that ‘forever chemicals’ from a 3M manufacturing plant near her home in Hartselle, Alabama are to blame for her kidney cancer and plans to sue 3M

For much of her adult life, Engle lived dangerously.

She worked in one of the most high-risk industries – logging – and her mother feared she’d meet a tragic end falling from one of the trees she cuts down for a living.

But it wasn’t the heights she climbed to nor the dangerous tools she used, or even the enormous tree trunks she cut that ultimately posed the most serious threat to Engle’s life: it was cancer.

Although her health had been declining for two decades, 2016 was the turning point. Engle suddenly suffered a seizure and was hospitalized.

There, doctors discovered a mass that they estimated had been growing on one of her kidneys for the past 15 years, she told Fox.

Her kidney, by the time the mass was discovered, was more tumor than organ.

She was just 46 then, and because she had developed cancer at a relatively young age, Engle said her doctors instructed that her children get screened for kidney cancer starting at age 28.

So instead of getting them tested to see if any of her children could donate a kidney, Engle just lives with one.

‘I’m not going to take a kidney from my kids because the same thing could happen to them and then they’re out of luck,’ she told Fox.

Instead, she hopes to hold 3M accountable for the disease and ailments she believes its factory caused for her – and may eventually cause for her family, too. 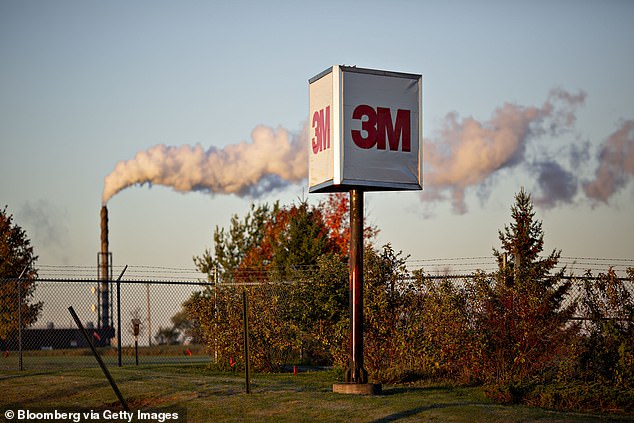 3M has its headquarters in Minnesota (pictured), but one of its manufacturing plants sits on the Tennessee River which has been found to be heavily polluted with the PFAS M3 makes

3M is the largest producer of commercial PFOS (one of the most widely used chemicals in the PFAS family) in the US, using it in products like Scotchgard, a water-repellent spray and coating.

The chemicals are made up of long chains of molecules, which don’t break down efficiently in the environment or the human body.

Exposure to these substances has been linked to increased risks of cancer, liver damage, infertility, asthma, thyroid disease and high blood pressure – several of which Engle experienced.

One of 3M’s manufacturing plants sits right on the Tennessee River, and chemicals have been draining into the water for decades.

Recent investigations revealed that the company knowingly under-reported the amount of of PFAS its factory was releasing int the river.

In April, 3M settled a lawsuit with an Alabama water company – West Morgan East Lawrence Water and Sewer Authority – over the high levels of PFAS in the water supply. 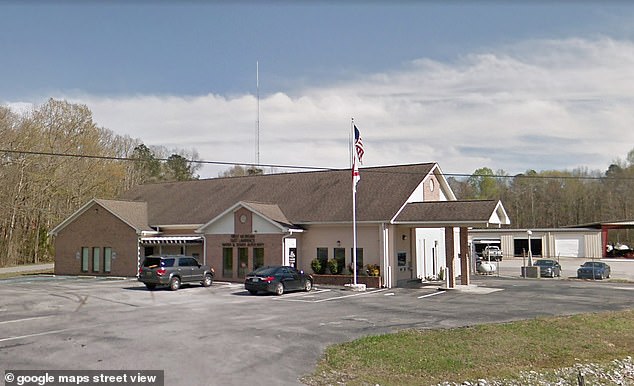 The West Morgan East Lawrence Water and Sewer Authority (pictured) settled a lawsuit with 3M in August over the same chemicals in its water supply. As part of the settlement, 3M has agreed to pay for better filtration systems to improve the water quality in the area

As part of that agreement, 3M is paying for a new filtration system to make the drinking water in the area safer.

But it’s too late for Engle, who refuses to bathe in, drink or brush her teeth or cook with tap water from her home in Hartselle, Alabama, 18 miles and downstream from 3M, because it is supplied by the same water company that just settled with 3M.

She is on disability, which she told Fox only pays her $750 a month, most of which she claims she spends on bottled water.

But 3M should be the one paying for those, in Engle’s eyes, considering that the Environmental Protection Agency says that ‘there is evidence’ that PFAS may lead to health problems like the ones Engle suffers.

She says that she is currently gathering medical documents from the past 25 years to prove her case, although a lawsuit has not yet been filed.

3M had not responded to request for comment at the time of publication.