The 2GB ratings king had made the remarks in September 2012, a few weeks after Ms Gillard’s dad John, a Welsh-born former coal miner and psychiatrist nurse, had died aged 83.

Jones made the comment to a Young Liberals dinner in Sydney a year after Ms Gillard’s minority Labor government had, with the support of the Greens, broken an election promise by introducing a carbon tax.

His off-the-record remark was reported in The Sunday Telegraph after journalist Jonathan Marshall secretly recorded the Sydney University Liberal Club event at The Rocks.

Almost seven years later, Jones has told ABC personality Anh Do that Ms Gillard, Australia’s first and only female prime minister, had refused to speak with him.

‘I’ve never spoken to Julia since. We had good relationships before that,’ he told the Anh’s Brush With Fame program.

‘You always regret if you visit hurt upon anybody. That’s not what you’ve got the power of the microphone to do.’

On the night he had made those infamous remarks, Jones was double booked, and had attended the birthday party of his godson Hunter.

The broadcaster, who was previously a speechwriter for Liberal PM Malcolm Fraser, then attended a $100-a-head Sydney University Liberal Club dinner at The Rocks, in Sydney. 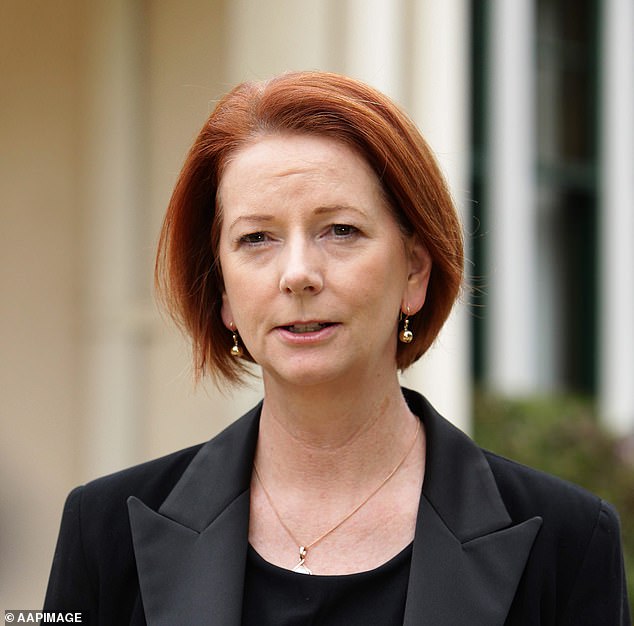 Former prime minister Julia Gillard (pictured) has refused to speak with Alan Jones, almost seven years after he told a Young Liberals function her father had died of shame

He told the ABC his remarks to the Young Liberals about Ms Gillard’s father were about how a man at his godson’s party had approached him to offer an opinion on the Labor government.

‘So I got up to speak at ten past ten and I said, “You wouldn’t believe this,’ he said.

‘”I was down there trying to have a good time and this bloke came up to me and told me this story which I didn’t want to hear” and repeated the story. It wasn’t my joke.’

The shock jock, however, had previously told his AM listeners in 2011 he had wanted Ms Gillard put in a chaff bag and thrown in the ocean, later claiming that was a joke.

He had also referred to her repeatedly as ‘Ju-liar’ and told her to ‘get out of our lives’. 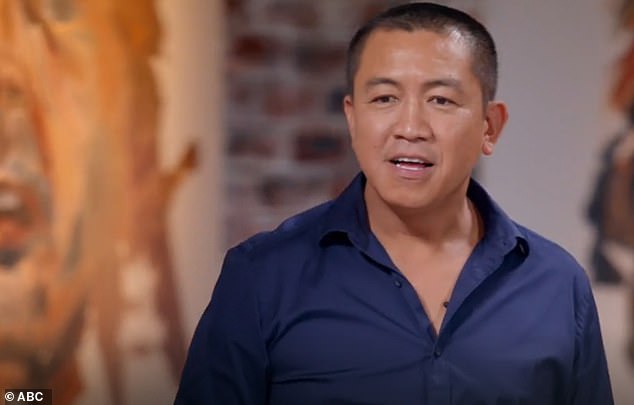 Almost seven years later, Jones has told ABC personality Anh Do (pictured) the context of his remarks about Ms Gillard’s late father John to a Young Liberals function in Sydney

Jones, who is now 78, himself nearly died in June 2017 after suffering septic shock, having night sweats and losing his pulse in the emergency room.

‘I can remember than going very quickly to get me to intensive care,’ he said.

‘There was a bit of a ridge in the lift. The bed hits the thing and bumps like that and goes down again.

‘I can remember that and I can’t remember anything else.’