Alan Jones questioned whether society is ‘too sensitive’ after a cricket player was banned after allegedly used a homophobic slur towards an opponent.

Fast bowler James Pattinson was reported by umpires for the alleged homophobic slur against Queensland Bulls player Cameron Gannon while fielding for Victoria.

The 29-year-old said the comment was made in the ‘heat of the moment’ and he was handed a one-match suspension by Cricket Australia.

He will miss Australia’s opening Test against Pakistan on Thursday.

Alan Jones defended Pattinson during an interview with Australian coach Justin Langer on 2GB on Tuesday, calling him a ‘really good bloke’. 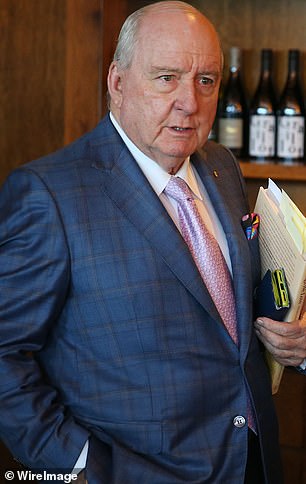 Jones asked Langer if he felt the suspension went too far.

‘He’s been penalised because he’s had three strikes in 18 months.

‘He’s a terrific bowler. I love his energy, love his passion but he’s got to stay calm in the contest.’

Jones questioned if society had become ‘too sensitive’ because ‘times have changed’.

‘How many times would Dennis Lillee been suspended? Come on!’ Jones said, referring to Lillee’s reputation for brutal sledges of opponents during his playing career in the 1970s and early 80s.

Pattinson accepted the suspension and admits he was in the wrong,

‘I made a mistake in the heat of the moment,’ Pattinson said in a statement released by Cricket Australia.

‘Straight away I realised I was in the wrong and I apologised immediately, both to the opponent and to the umpires.

‘I’m gutted to miss a Test match, but the standards are there for a reason and the fault is mine.’

Pattinson is expected to be back in time for the second Test on November 29. 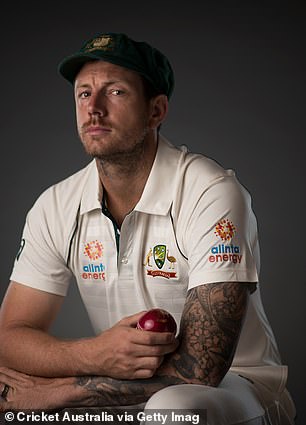 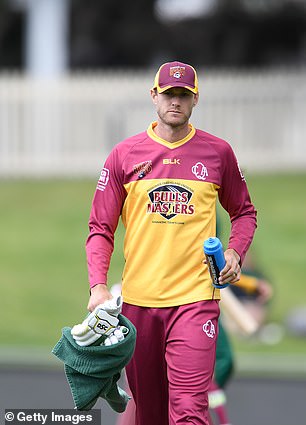 The pair also addressed the issue of mental health in cricket as three players decided to step back from the game.

Will Pucovski, 21, told team management he did not want to be considered for Australia A’s three-day tour game against Pakistan because of his mental health.

All-rounder Glenn Maxwell and batsman Nic Maddinson also both announced they would be taking time out from the game for the same reason.

‘I talk about Alan Border who, now, is literally the nicest man in the world. Mate, when we were playing he didn’t talk to us.

‘Those days, you just get on and did your job.’

Jones, a former Wallabies head coach, weighed in on the worrying trend indicating there is a lack of communication between the players and their coach.

‘There’s something not right happening at the moment in Australian cricket,’ he said.

‘I’ve been in sport at this level for a long time. I don’t understand this.

‘The inside word is players are frustrated with the mixed messages and lack of communication from selectors. Whether that’s the issue, I have no idea.’

All-rounder Glenn Maxwell announced last month he was taking a break from cricket to deal with mental health issues.

Nic Maddinson also said he would be taking time out from the game to work on his mental health – pulling out of Australia A’s tour match against Pakistan.

Will Pucovski’s decision to step aside from the national team too comes after he withdrew from the Test squad against Sri Lanka last February for mental health reasons.