His touch looked like it was off… and then goal number 789: Alan Shearer and Rio Ferdinand hail ‘special’ Messi as the Argentina forward shook off quiet first half an hour to give his country the lead against Australia

Alan Shearer led the praise for Lionel Messi after the forward put Argentina ahead against Australia in the World Cup last 16.

Messi fired in from the edge of the area in the 35th minute as his side dominated proceedings against a hard-working Socceroos side.

Shearer, speaking on BBC, praised the forward for netting his 789th goal in 1000 senior appearances, but not before picking out his mistake that was quickly corrected. 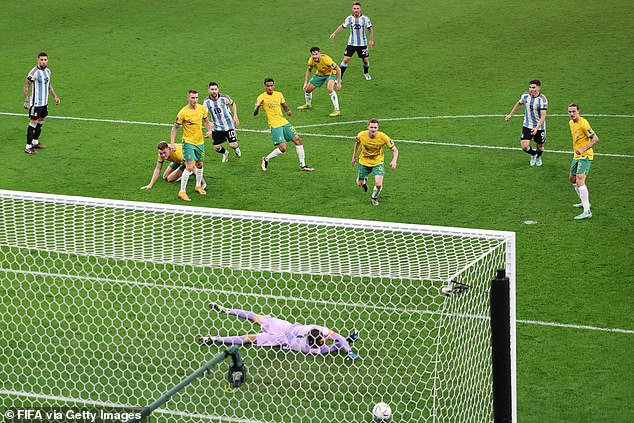 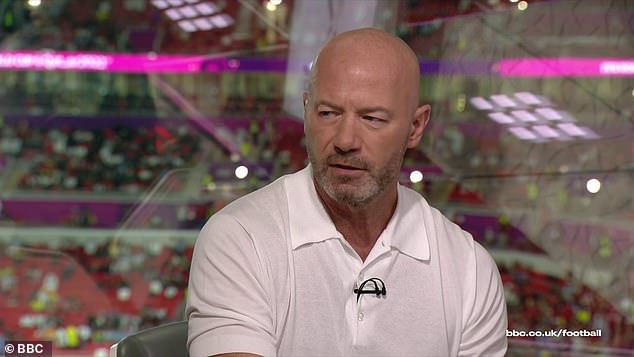 ‘It was always going to take something special to break Australia down’, Shearer said. ‘It was a matter of staying onside. They moved the ball quickly. He goes and it is a really clever finish.

‘His touch looked like if it was off… then goal number 789.’

Rio Ferdinand echoed Shearer’s positive view of the finish, and commended Australia for their strong defending, claiming they would have been ‘disappointed’ to go into the half time break behind. 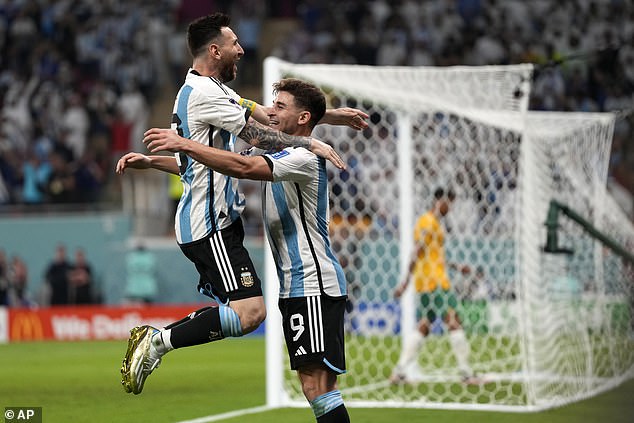 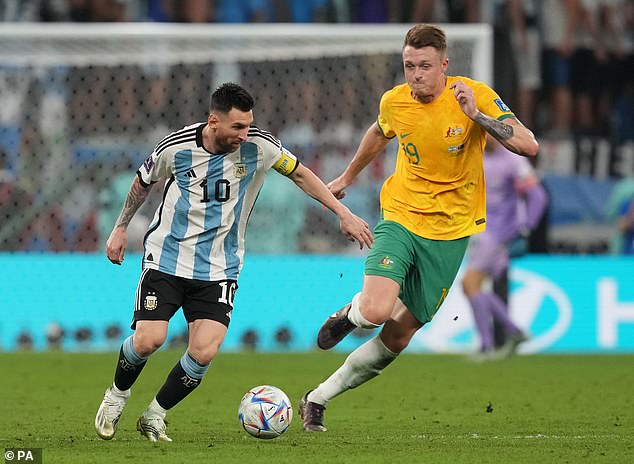 ‘They carried out to a tee what the manager would have put in place’, he said. ‘They must be really disappointed going in a goal down after all the hard work they put in.

‘But as I said before the game, when Messi is on the pitch you can set up how you want for him and for his team, but Messi will find a way at some point, and he did beautifully.’

Shearer added: ‘Australia made it very difficult, to sit and be tight and compact. And that is what they were. It would always have to be a piece of brilliance to break the deadlock. That is what happened.

’35 minutes they withstood, but that little man changed it.’