Alan Shearer takes a cheeky dig at Manchester United stars Fred and Raphael Varane after they struggled against Newcastle, with the pundit refusing to buy into the midfielder’s impressive numbers

United made their return in the Premier League at St James’ Park last night, but were forced to settle for a point after delivering an underwhelming display.

Edinson Cavani climbed off the bench to secure United a share of the spoils and cancel out Allan Saint-Maximin’s superb strike for the opening goal of the game.

Despite remaining in the relegation zone, the hosts were handed fresh hope that they will beat the drop, and Shearer took to social media in a buoyant mood.

He responded to statistics which revealed Fred ranked first in successful passes, ball recoveries and chances created during the first half, before he was hauled off.

His tweet simple read: ‘Are you sure you were watching the same game as I was?’

Shearer also unleashed a sly swipe at Raphael Varane, who endured a difficult comeback after spending a spell on the treatment table with an injury. 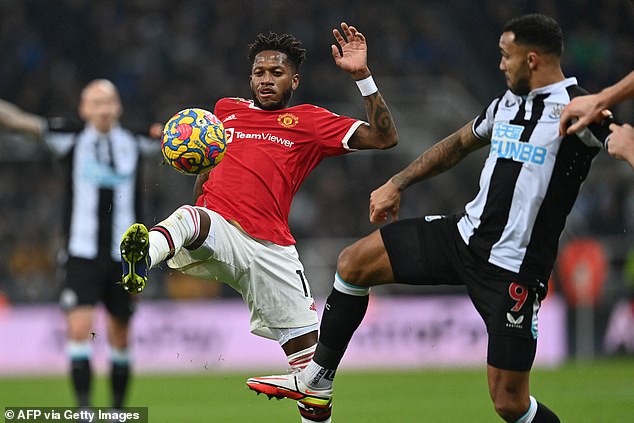 Fred was taken off at half-time, and Shearer questioned his impressive first-half statistics

The experienced centre back made a poor error for the opening goal of the clash, and notably looked sluggish next to Harry Maguire, who also struggled.

After his in-game numbers were also posted on Twitter, player-turned-pundit Shearer posted a no holds barred reply in the form of a simple ‘eyes’ emoji.

United were fortunate to escape with the draw after David de Gea pulled off a number of superb saves to deny the hosts from scoring a last-gasp winner.

Meanwhile, the Old Trafford club have rejected a loan offer from Sevilla for out of favour striker Anthony Martial, which would have only covered part of his wages. 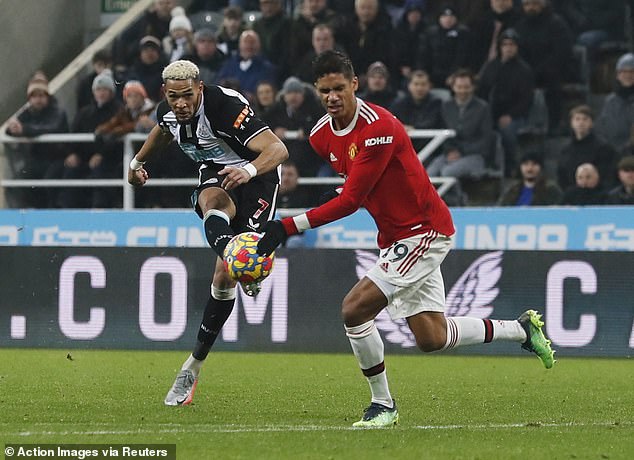