An Alaska Airlines flight from Seattle en route to Honolulu made an emergency landing Friday night.

Alarm was raised on the Boeing 737-800 aircraft after one of the engine’s warning indicator lights turned on about 45 minutes before landing.

The pilot of flight 145 announced to passengers that the engine was overheating and he placed it on idle mode. He added the aircraft would make an emergency landing to let it cool off.

There were no injuries reported as the plane of 157 passengers and eight crew members landed at Daniel K. Inouye International Airport in Honolulu at 9.50pm.

At first the flight was going to make an emergency landing in Maui but later it was deemed safe to land at its destination of Honolulu instead, according to The Star Advertiser.

Rescue and emergency crews were on standby during the landing.

Alaska Airlines said the pilot saw that an oil filter bypass light was illuminated for one of the engines in the plane, leading him to follow protocol and idle the engine mid-flight.

‘The flight crew, following procedures, idled the engine and continued for Honolulu. The other engine and all other systems were operating normally. While an emergency landing was declared, the flight landed safely,’ the airline said.

‘The captain came on the overhead speaker and just said that they were having overheating of one of the engines so they needed to idle a little bit to try to let it cool off but that were going to have to make a quicker landing than usual. And we were going to have a fire crew ready when we landed just in case. That’s about all he said and then he got off quickly,’ passenger Carrie Mingle said to KHON. 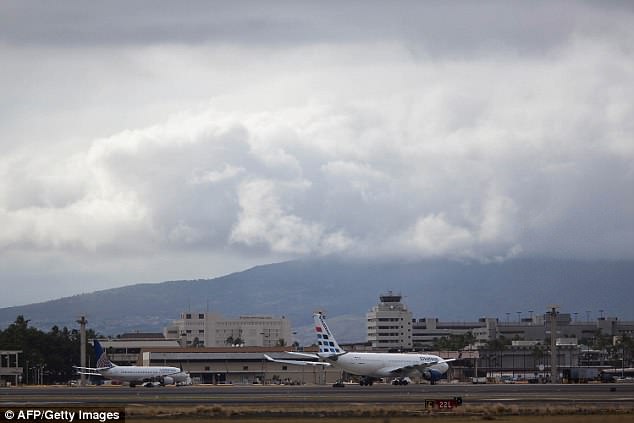 The flight landed at Daniel K. Inouye International Airport, pictured above, at 9.50pm 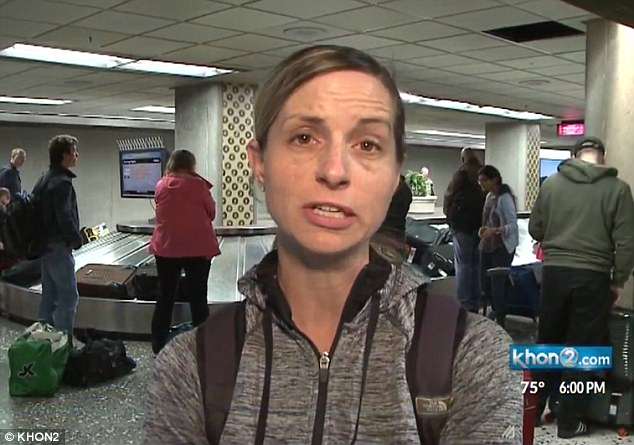 Passenger Carrie Mingle, pictured above, said the flight captain explained that the engine was overheated and needed to stop to cool off 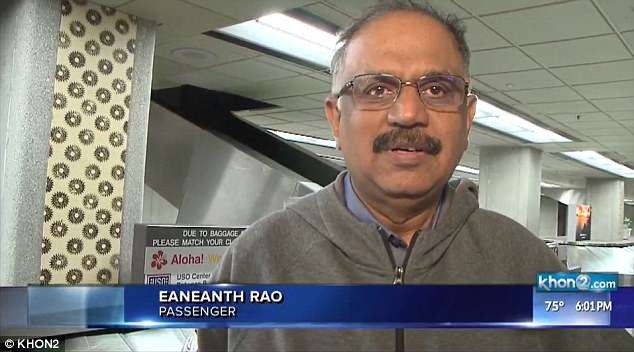 Passenger Eaneath Rao described the pilot’s confidence in the emergency landing and said: ‘We had no problem at all. Excellent landing’

‘A lot of people on the plane had written emails or texts to their loved ones because they weren’t sure what was going to happen,’ Mingle recalled.

‘Our families called us after we landed because they heard about something was going on on the news. So they were very worried,’ she added.

‘The pilot very coolly said what had happened and he kept us posted. He said he alerted the fire rescue and we had no problem at all. Excellent landing,’ passenger Eaneanth Rao said.

‘We landed very safely thanks to the pilot. He brought the plane really safely and we really enjoyed the flight,’ Rao said.

Passengers praised the crew members for making the landing as calm and smooth as possible.